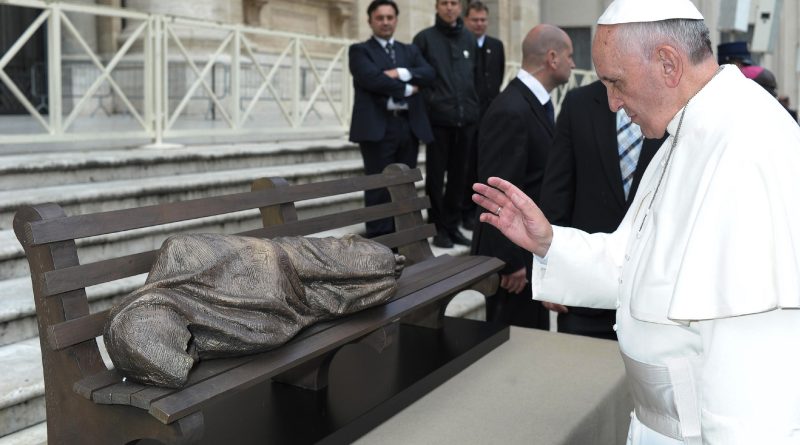 As we all struggled to keep body and mind together during the pandemic, many of us were consoled and uplifted by voices suggesting that the calamity might bring a new way of living. Those of a more spiritual inclination were even using phrases like ‘the Great Awakening’ and ‘the Great Realisation’.

The hope was that whilst almost everything we had been taking so much for granted had been swept away, into its place would come a new concern for the planet, for humanity, and for our neighbour.

As the pandemic, lockdowns and homeworking rumbled on, even the deepest cynics amongst us began to doubt that the old regimes would be capable of re-asserting themselves. The ideological divisions were very evident – innovate employers sensed an opportunity to keep their workers and pledged themselves to new, flexible working methods. Old regimers – such as David Solomon, CEO of investment bank Goldman Sachs – dismissed working from home as ‘an aberration’ and ‘not a new normal’.

Throughout its recent history, the Catholic Church has been one of the strongest voices questioning the nature of human work. In the smog of the Industrial Revolution the Church sensed that something fundamental of human dignity had been lost. Victorian industrialists had built their immense wealth on the convenient theology that the actions of Adam and Eve had condemned humanity to a life of meaningless and exhausting toil. Simply put, Genesis 3 had meant that our planet was destined to be a painful and unfulfilling purgatory – or at least for the majority of us.

When Pope Leo XIII released his encyclical Rerum Novarum, (Of New Things, 1891) it gained little immediate interest or attention, but the pontiff had raised one of the most fundamental questions now facing our age – yes, the Fall of Adam meant that we had become separated from God and now had to return to him by human ‘toil’, but did that toil have to be meaningless and relentless – and ultimately Soul-destroying? How could God ever expect Mankind to return to him if there was no redemption found through human work? To Pope Leo, a lifetime of pointless, unfulfilling labour could not have been God’s intention if our redemption was ever to be hoped for.

This was an idea, or rather a hope, that also consumed so much of Pope John Paul II’s thinking, and his writings. For me, St John Paul’s greatest encyclicals are his reiterations of Leo’s Rerum Novarum – Centesimus Annus, Sollicitudo Rei Socialis, Redemptor Hominis and above all Laborem Exercens, in which he challenged the long-held corner stone of capitalism, declaring that, actually, “Work is for man, not man for work”.

The central Catholic question about the dignity of human work is once again pertinent, as society re-emerges from the global Covid pandemic. Where will we work, how will we work, and will we work at all are the central questions people are asking of themselves – and governments and employers are worrying about.

Whether it’s offices or factories, hospitals or farm fields, our present economic model of prosperity depends on numbers, and on compliance. But a population battered and bereaved by the pandemic, and now being hit with ruthless raids on individual income, is bound to start asking itself deep questions about the quality of life, and the kind of society it wants its children to inherit.

Many of the challenges and questions we are now starting to face are nothing new. Those of us old enough to remember political and social campaigning the 1960s and 70s have been hearing very familiar chants about climate change, consumerism, the food chain, wage poverty and unemployment. Even our government ministers have this week been pledging in parliament that we ‘won’t be returning to the three day week’ (of 1973/4).

I’m sure I’m not the only one who feels a measure of sadness that so much struggle and work back then, which achieved so much, is being undone by the present crisis, which is once again reminding us that Lazarus still stands at our door. (John 5:39-47)

If you look back into history, at the great flu pandemic of 1918-20 and its subsequent economic woes, you’ll see that the smart nations dug themselves out by initiating radical and ambitious infrastructure programmes. In America, for instance, the election of Franklin Roosevelt in 1932 unleashed a whole raft of bold recovery initiatives. Just five days after taking the oath of office, Roosevelt called a conference with the secretaries of Agriculture, Interior, and War to discuss his plan for recruiting 500,000 men to turn the nation’s neglected forests and eroded farmlands to productive use, and to provide much-needed employment. Less than a year later his proposals had passed through Congress, and a great US rebuilding programme began. Much of this may have been in the form of concrete skyscrapers and decadent railway termini, but the nation was back at work and cash was once again moving around the economy – the critical requirement of any financial recovery.

Here in the UK, our government does seem to have some vague realisation that economic rebuilding programmes are critical to our post-covid economic recovery, but the emphasise seems to be on naive effort to return to what went before, simply because it worked. But times have changed, and we’re now going to need a recovery programme far more creative and socially diverse than cash-consuming, narrow use projects like HS2 to get the country back on its feet again.

One of the perpetual weaknesses of legislators seems to be that most think only of the money when it comes to ordering society. Yes, people need wages and government needs funds, but we need to learn that it’s no longer the money that drives the soul of the nation. The pandemic has changed that, and governments will need to understand that the human person needs to be put back to the centre of fiscal planning and economic policies. The danger with what we are currently seeing – cuts to Universal Credit, utility price rises, food and fuel shortages, pension raids and tax increases – is that these measures have all the characteristics of an economically polarised society.

Much as expected, the already wealthy have sailed through the Covid pandemic largely unaffected, and in many cases with their personal wealth increased greatly, whilst an ever larger number of the general population have suffered appallingly. Sadly for them, it looks like life is only going to get a whole lot worse in the coming months and years. No doubt the government will want to make such problems as invisible as possible, so the Church must become their voice, as it has done so often in the past.

Coming from a West of Ireland farming family, I grew up with the tradition of always setting an extra place at the meal table in case of ‘the unexpected guest’. From a very young age the ritual taught me that however stretched you were, you always had to think of the other person, your neighbour, the Lazarus who might suddenly call at your door.

During the pandemic we have all experienced isolation, loneliness, an unbearable separation from our faith and general anxiety. But in many cases we have also met Lazarus, and have reached out to those in need. It is what our Catholic faith has taught us, and it is what governments need to learn – that the poor and marginalised are the voice of God crying out for justice, and the measure of society is how we respond.

“Tragically, in our own time, even as ostentatious wealth accumulates in the hands of the privileged few … there is a scandalous growth of poverty in broad sectors of society throughout our world.  Faced with this scenario, we cannot remain passive, much less resigned. . . . To all these forms of poverty we must respond with a new vision of life and society.” (Pope Francis, First World Day of the Poor, 19th November 2017)

2 thoughts on “When Lazarus knocks our door”