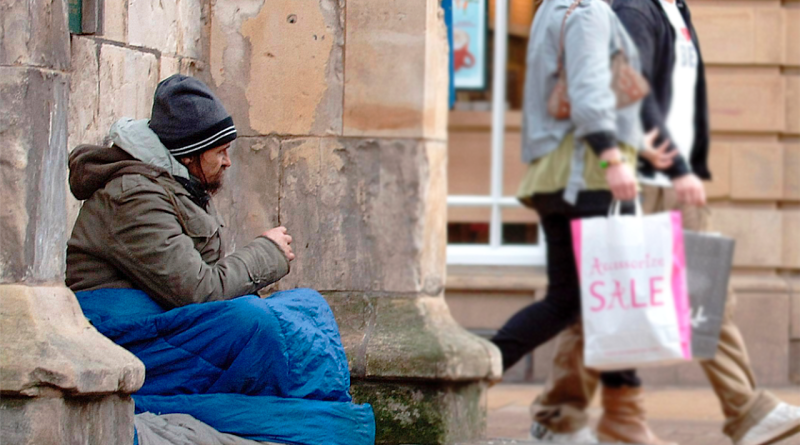 The increased cost of living, from food prices to energy costs, is expected to drive many more households into poverty or destitution. Charities define destitution as being unable to afford basic necessities like food, clothing and heating.

Destitution, and poverty in general, affect different people in different ways. We asked five experts who study poverty from a variety of perspectives to illustrate the many experiences of destitution in Britain.

Philip Brown, Professor of Housing and Communities, University of Huddersfield

During the winter months, people living in poor housing conditions are more likely to die as a result of respiratory, circulatory and cardiovascular diseases and are more likely to experience depression and anxiety. In certain parts of the UK, such as the north of England, this is made even worse by the prevalence of older, colder and poorly maintained properties.

But even if you are fortunate enough to have adequate accommodation, this does not insulate you from the spiralling cost of living, in particular rising energy prices. In research undertaken at the start of the pandemic, we found people using their savings (where they were lucky enough to have them) and credit cards just to get by. In other cases, people were cutting back on food and heating their homes in order to pay their rent, fearing eviction by landlords.

As one single mother said:

I don’t put my heating on as much as I should do. I sit there in the winter basically in my housecoat with my slippers on, quite often with a hat on, with a blanket over me to make sure that I can keep warm, and I’ve taught my daughter to do the same. On the coldest, coldest nights, we climb into bed just shortly after we’ve had hot food and stay there in my double bed cuddled up together underneath all the blankets to keep warm.

Concerns about food insecurity are continuing to grow after a decade of skyrocketing food bank use. The number of food parcels distributed reflects just a fraction of the people experiencing these problems.

I interviewed people who visited food banks or community meals in London shortly before the pandemic. One person said they had just been “eating a couple of squares of chocolate a day” while waiting to receive universal credit. Others described longer-term struggles to access sufficient food, inabilities to afford fruit and vegetables, and planning meticulously yet still eating less than they should.

Services like food banks are rarely a desirable means of food access. They may not provide the food people would buy for themselves, and serve as a reminder that more socially-accepted behaviour like buying food from a shop or going to a restaurant is out of reach. Some interviewees had preferred to shoplift (until caught), or resorted to other risky and stigmatised practices, such as eating food picked up from the street.

Crucially, food is only one part of the much wider equation. In the most extreme cases I came across, benefit or immigration system quirks left people without any money for years. They were forced to rely entirely on piecemeal support and sofa-surfing accommodation from friends.

Many more interviewees experienced less extreme hardships that still caused them serious problems. Incomes were often far too low to cover their essential costs, and most people had outstanding debts or were overdrawn, leading to a range of other deprivations. For example, people told me:

It’s still a constant working-out of where to prioritise my money … I’m having to choose between basic human necessities. The quality of your life is depressing – really depressing, especially at this time of year when you can’t afford to put the heating on or have a hot bath.

It does make me feel like some kind of underclass, even more on the periphery … Your sense of self-worth really suffers.

Compared to the white majority, ethnic minorities in the UK are less likely to be employed and more likely to be persistently unemployed or in lower paying jobs, resulting in lower wages and earnings. Although ethnic minorities have made substantial progress in educational achievement over the last few decades, it has not translated in eliminating wage gaps, and we know these problems are linked to discrimination.

As a result, ethnic minorities are more likely to be living in poverty and not be able to afford basic amenities. They are more likely to live in deprived neighbourhoods with lack of access to mixed social networks, limiting their employment opportunities.

This vulnerability puts ethnic minorities at greater risk of loss of work, health issues or other financial problems during large scale societal crises like the pandemic. Ethnic minorities in general report poorer health and wellbeing, which again is tied to economic circumstances.

However despite all these common experiences, it’s also important to recognise there is considerable variation in these experiences between and within ethnic groups. For example, Pakistani and Bangladeshi people experience higher poverty rates (as well as higher persistent poverty rates) than other ethnic minority groups.

Retirement is a period of life typically associated with leisurely activities and time with family. But for many, the picture is not so rosy. Recent government estimates show that in 2019-20, poverty among pensioners reached levels not seen since 2006-07.

Poverty rates among older individuals are likely to be even higher once disability costs are accounted for.

Housing and health and social care costs are driving these disparities. While home ownership levels are high among pensioners, over 20% of people aged over 65 report residing in private or social rented accommodation. Between 2011-17, average rents increased by 16%, but wages only increased 10%. After adjusting for inflation, house prices have also far outstripped income growth.

Even with the triple lock on state pensions, in real terms, pensioners’ incomes are unlikely to have risen as fast as current inflation or house price growth. Pensioners are also less likely to be in employment, so have limited means to increase their incomes.

Despite the reforms to adult social care announced in 2021, the average cost of a place in a residential care home is estimated to be over £35,000. Moreover, older groups even prior to the pandemic were more likely to suffer from mental health conditions and loneliness. Today, older households like all others in the UK are especially vulnerable to changes in energy costs.

Migrants to the UK are disproportionately represented among those in poverty. Their economic status can be particularly shaped by hunger, heightened fear, depression and isolation. Those who are seeking, granted or refused international protection –- or with insecure immigration statuses – are even more likely to risk destitution in the face of the rising cost of living.

The UK’s hostile border and immigration policies contribute to financial uncertainty by restricting or prohibiting access to employment, welfare and other services. Migrants seeking asylum are entitled to weekly support –- currently just £39.63 – with no access to employment while their claims are considered. Undocumented migrants are prohibited from accessing financial and other welfare support altogether.

Asylum seekers who receive refugee status still face destitution, and even the prospect of homelessness, as the financial and housing support afforded to them ends 28 days after they are granted refugee status. Recent research shows even skilled migrant workers could face financial disadvantage and a higher risk of poverty than UK workers because of the new immigration system being proposed by the government.

Weekly support allowances for migrants within the asylum system are insufficient to meet their essential needs and to feed themselves and their families. The majority live below the poverty line, often turning to support from charities to fill the gaps.