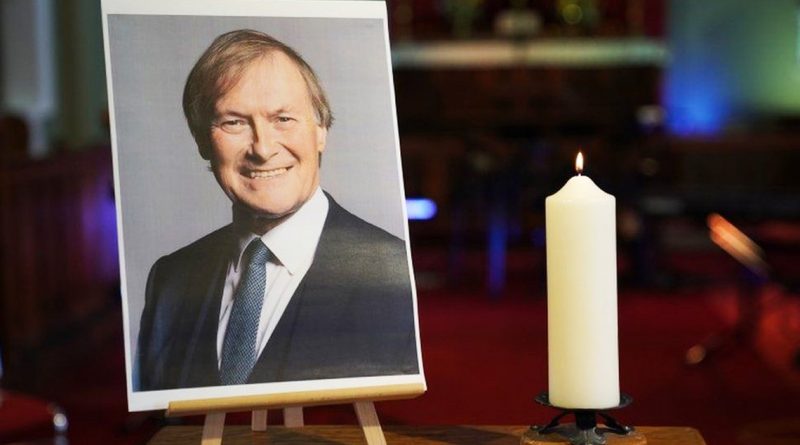 The family of MP Sir David Amess have said their hearts are shattered as they called on people to “set aside hatred and work towards togetherness”.

The Conservative MP was stabbed multiple times during a meeting with his constituents in Essex on Friday.
A 25-year-old man is being held under the Terrorism Act.

In a statement, his family said they were trying to understand “why this awful thing has occurred…nobody should die in that way. Nobody”.

Sir David, 69, was married with four daughters and a son.

The family said the “wonderful” tributes paid to him by friends, constituents and the public had given them strength.

“We have realised from tributes paid that there was far, far more to David than even we, those closest to him, knew,” they added.

“We are enormously proud of him. Our hearts are shattered.”

They asked people to support campaigns that he was involved in, including fundraising for a memorial to Dame Vera Lynn, who “epitomised the strength of the nation to him” – and to help Southend gain city status.

They described Sir David, a Conservative MP since 1983, as strong and courageous, a patriot and a man of peace.

“We ask people to set aside their differences and show kindness and love to all. Please let some good come from this tragedy.

“We are absolutely broken, but we will survive and carry on for the sake of a wonderful and inspiring man.”