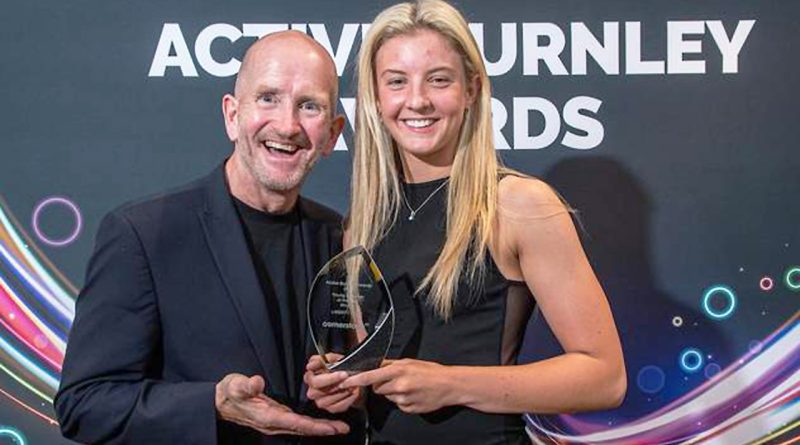 Stonyhurst is proud to learn that Liberty, our first female cricket captain, has won the Young Achiever of the Year Award at the Active Burnley Awards 2022.

The award is ‘for some of the most talented performers (21 years and under) who show exceptional dedication to their sport and have the potential to perform at the highest level.’

History-maker Liberty, has balanced her Sixth Form studies with her dream of becoming a full-time, professional cricketer for Northwest Thunder Lancashire.

Liberty is now pinning her hopes on being chosen for the England squad for the under-19s Women’s World Cup in Bangladesh next winter and securing a full-time contract with the Thunder.

The annual celebration pays tribute to those who show dedication to a range of sporting, health, and wellbeing activities at all levels, and those who work tirelessly to support individuals or community clubs, for the love of the sport or their community.

Eleven winners were announced at a ceremony hosted by iconic underdog Eddie ‘The Eagle’ Edwards at the Mechanics Theatre in Burnley.

Liberty will now go forward to the Active Lancashire Awards, pitting her achievements against those chosen from similar recognition awards throughout the county at Ewood Park, Blackburn, on 18th November. Quant Je Puis!