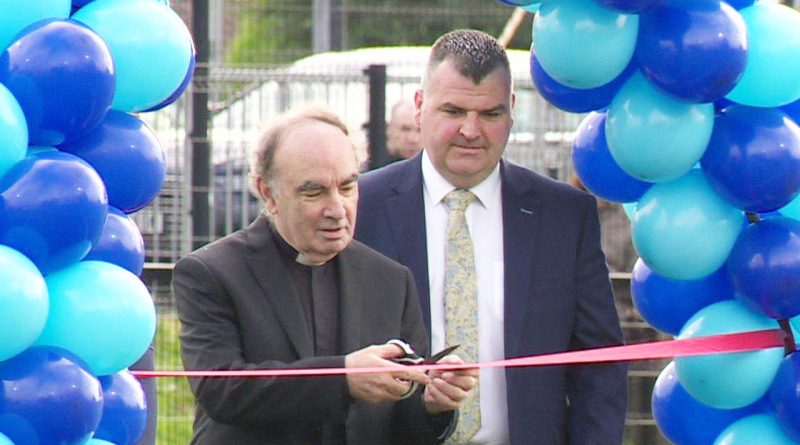 St Mary’s University has been informed of the loss of one of its alumni, Francis Lagan, who tragically passed away on Friday during Storm Arwen. Francis, who graduated in 2004, was the Head Teacher of St Mary’s Primary School in Maghera, Northern Ireland.

He was travelling along the Dublin Road in Antrim town with his wife and two of their children when the accident happened last Friday afternoon.

St Patrick’s College in Maghera, where Mr Lagan had been a pupil in the 1990s, paid tribute to him on social media.

“Education in south Derry has lost a giant in his prime,” the school said.

Club chairman Barry Slowey told BBC News NI he was “a gregarious character, a wonderful person, he filled the room”.

“He brought a vitality to what he did,” he added.

“A very determined person who was never going to let anything stand in his way.

“He recently developed his 4G pitch, a playing surface that has now become a massive asset to the community, a wonderful asset to the school.”

St Mary’s Vice-Chancellor, Anthony McClaran said, “The St Mary’s community is extremely saddened to learn of the sudden tragic loss of Francis Lagan, who was a popular student whilst at St Mary’s in the early 2000s and who was at heart of life on campus. We offer our deepest sympathy to Francis’s family and close friends and to all who knew him in his school and local communities.”

Director of the St Mary’s Institute of Education Prof Anna Lise Gordon said, “Education colleagues remember Francis Lagan with fondness and are deeply shocked at the tragic news. Francis was an alumnus who made a difference to the lives of so many teachers and children in his professional work and will be sorely missed. Our thoughts and prayers are with his family, friends and school community.”

The University will celebrate Mass in memory of Francis on Monday 6th December at 1.05pm in the University Chapel and anyone who knew him will be welcome to attend.

Pic: Francis Lagan at the opening of a new sports pitch at his school earlier this month. Courtesy BBC Northern Ireland