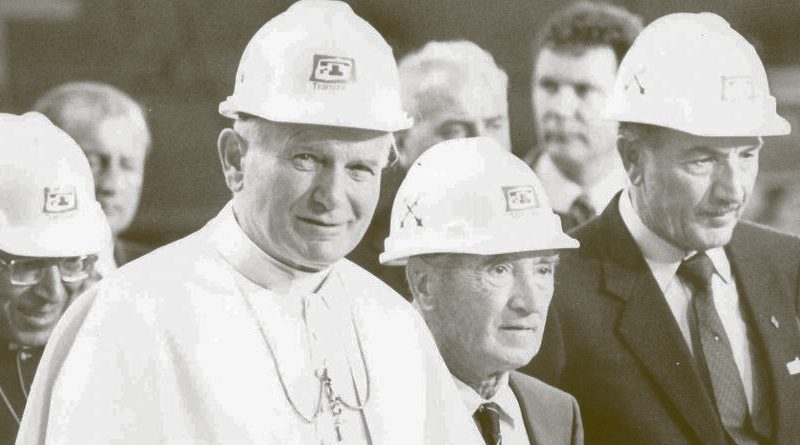 Listening to Chancellor Rishi Sunak’s announcements this afternoon on tackling the cost-of-living crisis, I couldn’t help feeling that – far from being a dangerous annoyance – the Partygate saga has actually been a very useful and timely distraction for this government.

The behaviour of the Prime Minister and many of his colleagues during lockdown showed utter contempt for the law, the public and for the suffering of the many who actually followed the rules. The damage done by this to the credibility of the whole British political system has also been nothing short of catastrophic.

Whilst it’s been vital to hold legislators to account over their actions, the endless rows in parliament, the months of Partygate newspaper headlines and the languid wait for the Sue Gray report has very conveniently delayed any meaningful discussions about the appalling state of the economy.

Now that the Prime Minister and his team seem to have finally “got away with“ it  (as Martin Reynolds, the PM’s former principal private secretary said), focus is finally having to turn to the fiscal mess that has been left by David Cameron’s government austerity programme, Brexit, the Covid pandemic and the war in Ukraine.

Sadly, what is now likely to be laid bare by the passing of Partygate is that most Tory politicians seem to have little or no idea of how to address the economic squeeze, or even acknowledge in any meaningful way that there is a crisis at all. This is really no surprise because we still have a party-based democratic system that sees privilege and wealth rise to the top, placing decision-making largely in the hands of those with incredibly limited understanding of the lives of so-called ordinary people.

Case in point is today’s announcement from the Chancellor that the government is bowing to heavy pressure from the Labour party to do a U-turn and offer households an energy rebate through a windfall tax on the big energy providers, most of whom have recorded record profits this year. (Shell has reported a record £7bn profit in the first three months of this year while BP made £5bn, the highest for 10 years.)

In pre-briefing the press late last night the government ensured that much of press rolled out positive headlines this morning – The Times splashed with ‘Energy bill handouts to ease the big squeeze’ whilst The Daily Telegraph led with ‘Sunak to extend energy bill relief’. Even the BBC’s lead story by mid-morning was ‘Households to get hundreds off energy bills.’

All this was meant to sound like a bigger reason to party than the Queen’s jubilee, but ‘relief’, ‘hundreds off’ and ‘handouts’ won’t have resonated much with those genuinely struggling to pay their bills. The simple, stark reality is that by the Autumn the average household energy bill will have risen by £1,500 a year, so ironically the Chancellor’s £400 rebate may be a welcome fillip to anyone who can afford to pay their inflated bill, but it’s of absolutely no use at all to the 12 million or so households teetering on the verge of fuel poverty.

For those very vulnerable families, the £400 energy rebate still leaves them having to find another £21 a week just to be able to cook and keep the lights and heating on. As anyone who has actually ever struggled with a domestic budget knows, a saving of £21 a week, when food and other prices are rising rapidly and benefit increases over recent years have been small, simply isn’t achievable.

It is estimated that the grants announced by the Chancellor will cost upwards of £15bn. This alone could spark a dangerous climb of inflation rates, with the handouts doing little to alleviate the poverty crisis.

In the wake of the Partygate scandal, and with a general election looming, it’s not surprising that any government would want to recover favour with voters, and the Chancellor’s announcement was certainly focussed on core voter demographics, or rather old assumptions about what motivates voters. One only has to glance at local and national election results over recent years to see that legislators have come into power with ever-smaller voter mandates. (In my own recent local elections many of the seats were unopposed, and the single ‘winning’ candidate gained support from less than 15% of the local electorate. This trend is significant because it makes it almost impossible for legislators to know the ‘mind’ of their constituents, nor indeed of the country as a whole.)

It was the David Cameron government that first experienced this profound disconnect between legislative certainties and voter attitudes – as the PM found out to his horror when the country opted for Brexit. As the current Tory government tries to dig its way out of months of sleaze and address the urgent social issues of the day, it will be even harder to anticipate what is likely to win the few votes that are left. One thing is for sure, the old assumption that throwing a little cash at poverty resolves the issue and keeps the voters quiet and happy will no longer do. In many respects the general public has become much older and wiser as a result of the events of the past few years, and has at last learnt something of values that are far greater than the pursuit of capital.

Yesterday the Prime Minister made a somewhat crass – and ominously old Tory – remark that ‘getting a job’ was the solution to the current cost of living crisis. In one sense he’s perfectly correct – more people in employment means more taxes, means more government funds, means more investment and benefits. But this assumption that the function of the population is to re-ignite the economy ignores one fundamental that will be familiar to all Catholics – that workers are people and not commodities. Any meaningful solution to the present cost-of-living crisis must be primarily about the health of the human person, and not just the economic wealth of the nation.

Earlier this week I came across the text of a memorable speech that St John Paul II gave way back in 1986 at the Transfield engineering factory in Seven Hills in the Diocese of Parramatta, Western Sydney. Reflecting on his years as a quarry and factory worker, St John Paul said: “No one has a simple and easy solution to all the problems connected with human work. But I offer for your consideration two basic principles.

“First, it is always the human person who is the purpose of work. It must be said over and over again that work is for man, not man for work. Man is indeed ‘the true purpose of the whole process of production’. Every consideration of the value of work must begin with man, and every solution proposed to the problems of the social order must recognise the primacy of the human person over things.

“Secondly, the task of finding solutions cannot be entrusted to any single group in society: people cannot look solely to governments as if they alone can find solutions; nor to big business, nor to small enterprises, nor to union officials, nor to individuals in the work force.

“All individuals and all groups must be concerned with both the problems and their solutions.”

A great deal has changed in the world since St John Paul II spoke those wise words, not least an utter disillusionment with the whole political sphere. Some even say that a re-engagement of the public with politics – and vice versa – is unlikely to happen in our lifetime. One thing is for sure, John Paul is entirely right that we cannot “look solely to governments as if they alone can find solutions.” Over recent decades government in many western countries has become reduced to a kind of monochrome civil service whose sole function is wealth creation. Here in the UK, the absence of focussed social and moral narratives within government has created a particularly noticeable deficit that needs urgent rectification.

As St John Paul pointed out, we will all have to become far more pro-active in addressing societal problems and seeking out solutions that recognise human worth if we are to dig our way out of this current cost-of-living crisis.

4 thoughts on “St John Paul II knew how to dig a struggling economy out of a cost-of-living crisis, say Joseph Kelly”