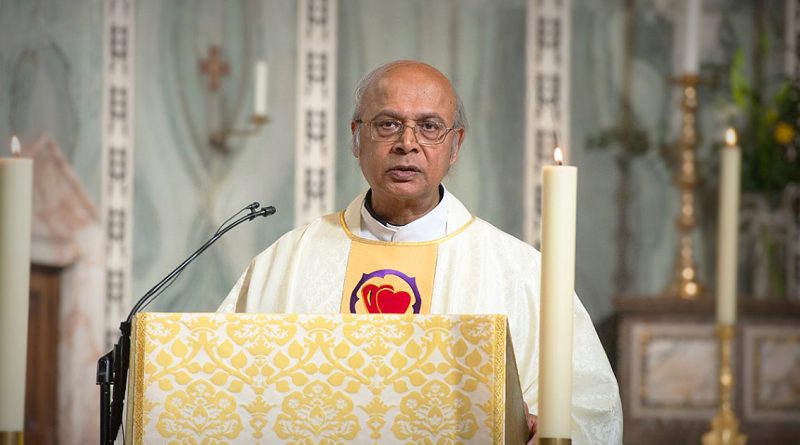 The Holy Father Pope Francis has conferred on the Revd Dr Michael Nazir Ali, the title of Prelate of Honour to His Holiness and is now entitled to be addressed as ’Monsignor’.

Michael Nazir-Ali was born in Pakistan in 1949 and has both British and Pakistani citizenship.  He holds many academic awards including from the Universities of Karachi, Oxford and Cambridge, as well as the Lambeth Doctor of Divinity. He has taught and researched at a number of institutions and continues to teach and supervise research. He was ordained an Anglican priest in 1976 and served in England and Pakistan before being consecrated Bishop of Raiwind in 1984. He was the General Secretary of the Church Missionary Society (1989-94) before his appointment as Bishop of Rochester in 1994. As such, he entered the House of Lords in 1999 and was active in the areas of international relations, dialogue among people of different faiths, freedom of expression and speech and defence of marriage and  human dignity at every stage of life. He also served on many public and church bodies.  He resigned as Bishop of Rochester in 2009.  Since then he has been Director of OXTRAD: Oxford Centre for Training, Research, Advocacy & Dialogue. OXTRAD’s mission is to prepare Christians for ministry in situations where the Church is under pressure and in danger of persecution.

Monsignor Nazir Ali was received into the full communion of the Catholic Church on the 29th September 2021, the Feast of St Michael and All Angels.  He was ordained to the Catholic priesthood for the Personal Ordinariate of Our Lady of Walsingham at Our Lady of the Assumption, Warwick Street on 30th October 2021 by His Eminence Cardinal Vincent Nichols, Archbishop of Westminster.

Monsignor Newton, the Ordinary of the Personal Ordinariate of Our Lady of Walsingham, said, ‘This is a well-deserved honour.  Michael has worked for Christian unity throughout his ministry and supported the Ordinariate, albeit from outside it, since its erection in 2011. Over the years he has been in dialogue with the Catholic Church both through the Pontifical Council for Promoting Christian Unity and the Congregation for the Doctrine of the Faith. He was a member or the Anglican Roman Catholic International Commission and the International Anglican Roman Catholic Commission on Unity and Mission.So I am delighted that the Holy See has recognised his huge contribution to Christian thinking over many years’

On his appointment, Monsignor Nazir Ali said: “It is very generous of the Holy Father to confer this honour on me which I hardly deserve. Please pray that I will be worthy of it”.

He is the author of many books on doctrine, ecumenism, mission and relations with people of other faiths, especially Islam. His hobbies include cricket, hockey, table tennis, reading and writing poetry and reading detective fiction. Michael has been married to Valerie since 1972 and they have two adult sons.