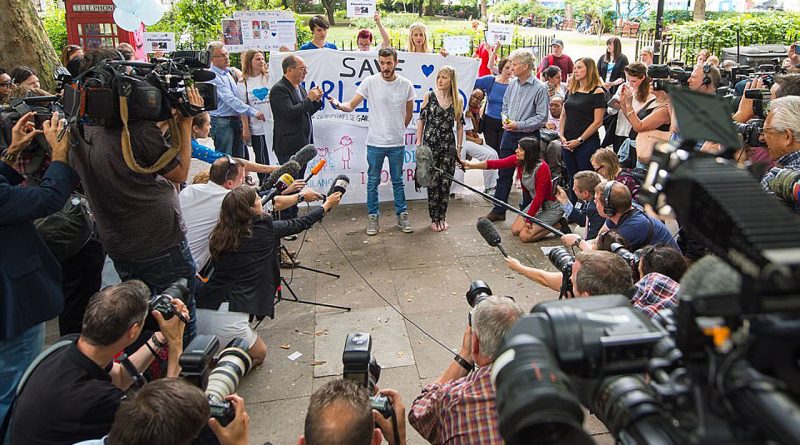 The current system is letting families down. I tabled Charlie’s Law as an amendment to the Health and Care Bill, as I knew it was a vehicle for positive change for both parents and doctors.

The government needs to accept that parents and doctors deserve better.

This is what Connie and Chris Gard experienced with their son Charlie, who tragically passed away with a rare genetic disorder called Mitochondrial disease. They wanted to pursue an alternative treatment by a credible doctor – at no cost to the NHS – but instead they were taken to court to have Charlie’s life support turned off.

The case demonstrated that mechanisms are needed urgently to protect the parent-doctor relationship. This is exactly why Connie and Chris created Charlie’s Law, to create a framework where parents and doctors are supported during these extremely difficult circumstances.

No one understands this better than Baroness Finlay, who has carried the mantle for Charlie’s Law in the Lords. Baroness Finlay engaged constructively with Peers, medical bodies, and charities – like leading palliative care charity Together for Short Lives – to improve Charlie’s Law. This crystalised into Baroness Finlay winning the vote on her amendment to the Health and Care Bill. This is a watershed moment, and now Charlie’s Law is returning to the Commons showing it has significant cross-party support.

The amendment aims to stop conflicts between parents and doctors from becoming entrenched and escalating to court. It recognises that parents should be able to use alternative treatments for their child if backed by a credible doctor, and it is in that child’s best interest. The amendment defeated a whipped government vote 112 to 107 in the Lords and showed that the government must do more to stop conflicts between parents and doctors.

The amendment now addresses previous concerns of the medical community during its passage. It clarifies that it has no legal impact on the “best interest principle”. The amendment only requires that if a reputable clinician is willing to administer an alternative treatment to a critically ill child, they must be able to provide evidence during mediation of how it is likely to help the child.

Last week, the government released proposals to cover the legal costs for parents with critically-ill children in cases that reach litigation – a key part of the Charlie’s Law campaign. Indeed, it is in the government’s best interest – and certainly parents and doctors – to enact the amendment, which helps prevent conflicts from escalating to court and subsequently costing the government millions of pounds in legal fees every year.

In 2021, the Children and Family Court Advisory and Support Service (CAFCASS) dealt with 21 parent doctor disputes. That figure doesn’t even include all cases of parent-doctor disputes. These cases can cost hundreds of thousands of pounds in legal fees and cause parents and doctors significant emotional stress and trauma. Prevention is better than cure.

Today, the government and MPs will have a chance to enact real, meaningful change for parents and doctors, save the NHS and government millions of pounds in legal fees, improve palliative care, and stop the harrowing experience of doctor-parent disputes.

The opposition, parents, charities, and many medical professionals are in support of this amendment. It is time the government supports too.

Emma Hardy is the Labour MP for Kingston upon Hull West and Hessle.