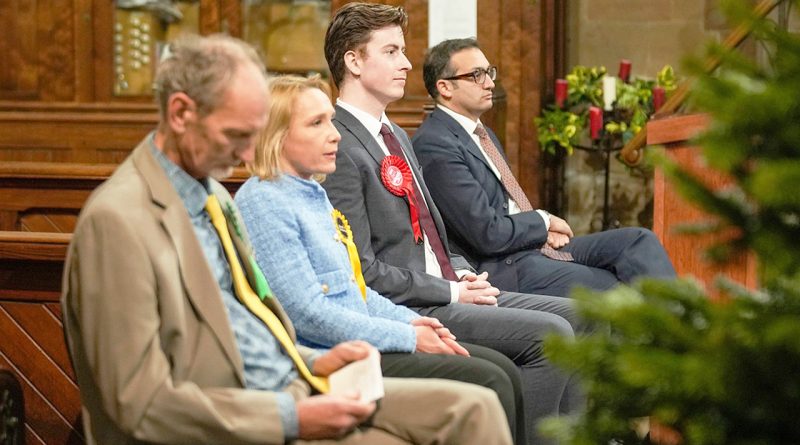 Please God we might avoid it, but it does look like we’re heading for a second major lockdown. It was always known that the winter months and damper climate would favour the spread of Covid, but few of us could have imagined that we’d be confronting yet another Christmas of exclusion, isolation and restrictions. Somehow it just goes against everything that Christmas is about.

I’m not going to quote statistics, because it’s pretty pointless. Viruses move extremely quickly through populations, and the facts and figures trail badly and therefore irrelevantly behind. All they can tell us is what has already happened, and perhaps what may be coming. To make matters worse, Omicron is such a genetic jump from previous strains that there are few assumptions we can make accurately about its characteristics or behaviour.

Some general realities have become clear – Omicron is challenging the effectiveness of existing vaccines, it is affecting children, and it’s effect on the human body may be more serious than thought initially. It is understandable therefore that the government is dropping everything to speed up the booster and general vaccination campaign. Christmas is only days away so the government is desperately trying to keep already battered businesses open, and deal with the consequences of doing so across the first months of 2022, almost certainly in the form of a hard lockdown.

However, with protests growing rapidly across the public space, and even from within government itself, it’s going to be extremely difficult to get consensus and compliance on any punitive measures, however much they’re likely to protect society and the vulnerable.

It’s a very tough call to strike a balance between protecting public health in a crisis like this, and ensuring that the cure doesn’t do more damage than the disease. As we’ve all heard, countless businesses were damaged severely by the first full lockdown, but have managed to stay in play by taking out onerous loans, mortgaging houses and furloughing staff. It will take years to repay such debts and bring business back into stability and profit, but a general re-opening of society would have enabled that. A second severe pandemic wave and new lockdown will undoubtedly kill numerous fragile businesses, and that will have very significant economic and social welfare consequences for years to come.

Unfortunately, whether you come down in favour of prioritising human welfare or economic stability depends largely on your social class, which is why the current debate is exposing great chasms in the social, economic and political structure of the UK.

Throughout the 20th century the legacy of Victorian free market capitalism left Britain deeply divided between two social classes, and most of our politics has been preoccupied with a monochrome conflict between the poor and the wealthy classes. Later 20th century consumerism and shifts in social liberties has eroded these barriers to the extent that phrases like ‘working class’, ‘bourgeois’ and ‘gentry’ have become extremely difficult to define. In particular, safe historical assumptions about the intrinsic connection between wealth and upper social status have evaporated, whilst at the opposite end of the spectrum poverty has become much less overt and identifiable.

Watching the TV coverage of this week’s North Shropshire by election it was noticeable that candidates knocking on doors were encountering a wide range of political perspectives and attitudes from local residents, in what has been historically one of the most intransigent Tory seats in the country. Gone are the assumptions that landowners will identify with aristocracy and capitalism, or that labourers will naturally support socialist ideas.

This is a critically significant change, as it challenges fundamentally the whole political process. If legislators can no longer rely on sentient party loyalties and partisan arguments, then how do we do politics if the old ‘them and us’, ‘left and right’ notions have evaporated?

During the north Shropshire by election campaign much was made of the emergence of other candidates. Putting aside Conservative, Labour and Liberal Democrat – there were 10 other runners pushing various political perspectives and, like their mainstream counterparts, most of their agenda promises were focussed on national rather than local concerns. (I also couldn’t help noticing that one of the candidates, Alan Hope, leader of the Monster Raving Loony Party for the past 22 years, is now Britain’s longest-serving political party leader, having just overtaken Clement Attlee. Says it all, really.)

As the citizens of North Shropshire who can still be bothered to vote head to the polling stations today, complex logic and expectations will underlie where they place their mark. It has been said by many that the outcome will decide the future of Boris Johnson’s premiership, and maybe even the future of the Tory party. A few of us have even hoped it may start a meaningful conversation about the nature of the political establishment itself.

One thing is for sure, as the UK plunges headlong towards another onerous and difficult lockdown, and our health service takes another battering, bold and visionary decisions will need to be taken to protect the well-being of society, and the most vulnerable amongst us.

Because government needs cash to operate, it’s understandable that – whatever is said about caring for society – maintaining the economic infrastructure is paramount. But the solution is not monochrome – the economy vs the common good. That’s an old and now dangerously outdated way of seeing how society functions; its not productivity that creates wellbeing, but wellbeing that creates productivity. And this is not just a linguistic nuance, but a profoundly important and basic truth – that people should come before everything else.

If we look to the terrible Spanish Flu pandemic of 1918-1920, we can see that nations and states that locked down quickest and hardest and stayed locked down fully until it was safe to do otherwise suffered severe short term economic and social challenges, but their longer term recovery was quicker and more lasting than those nations who prevaricated and procrastinated.

So I have to give credit to The Queen today for announcing that she’s cancelled her traditional pre-Christmas lunch again this year because the gathering would present a risk to others. Her decision follows the advice of the Chief Medical Officer Professor Chris Whitty who fell out with the Prime Minister badly yesterday after he advised everyone to restrict Christmas mixing to events “that really matter”. That was a message that conflicted directly with the PM’s call to ‘carry on but be careful’ – which will probably be taken by most people as a green light to Christmas party, much as the Tories did during last year’s dreadful lockdown.

Many commentators, include many of the government’s own ministers, have said that the Christmas break will be a good time for the PM to reflect on a less-than-perfect year of decision-making, and to ‘re-set’ the way the government is conducting its affairs. It could do worse than consider first the way it has been treating people, rather than worrying about the way it has been managing the economy.