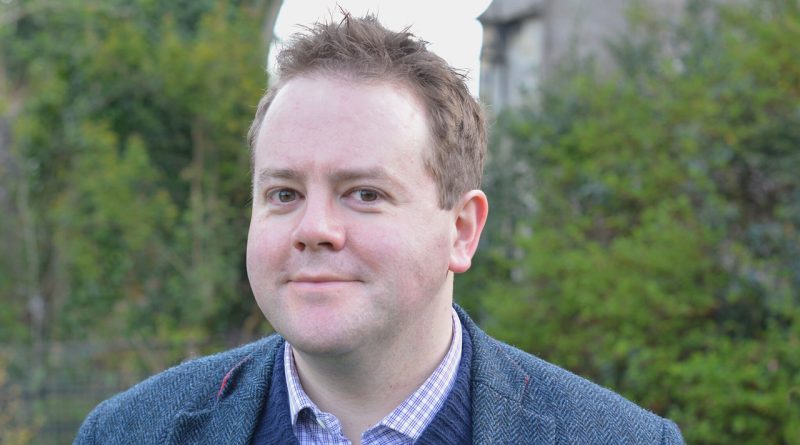 Canon Bosco MacDonald, Dean of Clifton Cathedral is excited to announce the appointment of Dr David Bednall to their Cathedral Music team as Choral Director.

“Due to his many other commitments John Gibbons will be taking a step back from weekly rehearsals and conducting the Cathedral Choir at the 11.15am Sunday Mass,” said Canon MacDonald

“We will not be losing him completely though, as he has kindly agreed to continue to support the excellent work of our Choir and so he will still be involved regularly if less frequently.”

David will take over weekly responsibilities for the choir volunteers, scholars and exhibitioners. He is recognised as one of the leading choral composers of his generation. He studied for a PhD in Composition with Professor John Pickard at the University of Bristol and is signed to Oxford University Press. He is Choral Director at Clifton Cathedral, Sub Organist at Bristol Cathedral and Director of Bristol Chamber Choir and Chew Valley Choral Society alongside an extensive freelance career.

He was Assistant Organist at Wells Cathedral, and his teachers included Dr. Naji Hakim and David Briggs. He has improvised on live radio, and performed extensively in the UK and abroad, including a recital at Notre-Dame de Paris. He appeared as stunt-organist on Dr Who.

His compositions are widely performed, recorded, and broadcast on BBC Radio and Classic FM. Two CDs of his work were Gramophone Editor’s Choices upon release, and others have also received superb international critical acclaim.

More information can be found at www.davidbednall.com

Director of Music, Richard Jeffrey-Gray said of the changes to his team “I am delighted to welcome Dr Bednall to the music team at Clifton. His very strong background in Cathedral Music and world class compositions for the Church will be a boon to us as musicians, as well as a blessing to all who worship here. Equally, as John Gibbons steps back, we can reflect on the years of service since the 1980s with which John has made music of all kinds at home here, directing and writing with panache and a spiritual energy that won’t be forgotten, since this is au revoir, not goodbye. We shall see him now and again as circumstances permit, and plan to feature him at the Festival again too. “

David says of his appointment: “I’m thrilled to be joining the team at Clifton Cathedral and to be working closely with Richard, John, and Steve, and to follow my illustrious predecessors in the role. It’s a hugely exciting opportunity to work with the choir in this distinctive and iconic building and I look forward to work which lies ahead as we emerge from COVID.”