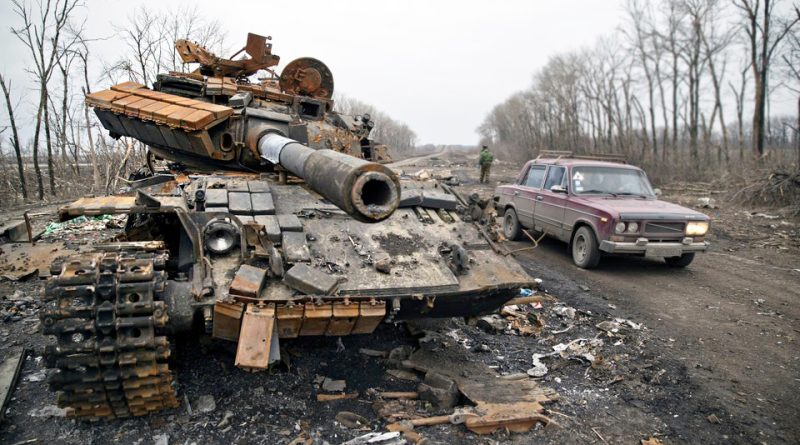 As the Russia/Ukrainian war grinds into its eighth day, many Catholics have been struggling with the old concept of a Just War. In support of outstanding Ukrainian heroism, it’s been argued that the broad Western alliance set against the aggression of Russia has all the framework of a Just War. Consider the four traditional preconditions of Church teaching on the subject – (1) the damage being inflicted by the aggressor must be lasting, grave and certain; (2) all other means of avoiding conflict must have failed or been impractical, (3) the defence must not create a great evil than that of the aggressor and (4) there must be a reasonable prospect that retaliation will be successful.

These principles are enshrined in the Catechism of the Catholic Church, but have their roots way back through St Thomas Aquinas and maybe even as far as St Augustine – which basically means that the Just War argument is almost as old as Christianity itself.

Unfortunately modern society and the ever-increasing destructive power of our weapons has challenged these ancient assumptions and there are deep questions being asked about whether or not modern warfare is moral at any level. Across the world we have so many layers of legislators and diplomats, means of communication and interconnectivity of populations that the concept of going to war should be as unnecessary as it is destructive and pointless. It is the ultimate failure of human beings to communicate and understand each other.

The present war over Ukraine illustrates graphically why the human species seems to have evolved little from its primitive roots, if indeed we have evolved at all. The widespread and indiscriminate use of highly destructive modern weaponry on predominantly civilian populations even suggests that humanity may be regressing rather than evolving. I’m sure Aquinas would have framed his Just War thinking quite differently had he witnessed Flanders, Hiroshima or some of the latest scenes from the Ukraine.

Frankly there seems little point these days in arguing that war is in any way ordered to the good, or that it is Just. Every war leaves the world in a worse place than it was before, and the loss of human life can never be justified. It is actually a vice to which the world has become addicted as a means of resolving the ephemeral and worldly problems of culture, identity and land ownership.

Of course this doesn’t help at the moment if you’re a Ukrainian. This latest war is an artificial conflict, with otherwise peaceable neighbours being thrust at each other as a result of some else’s political ambitions. When you look at the terror on the faces of Ukrainian families, juxtaposed with the images of captured young Russian soldiers weeping as they call home and tell their families that they don’t know why they’re fighting, you have to ask who exactly wanted this war?

Russia’s claim to Just Cause hinges on the perception that Ukraine has been presenting an immediate threat to Russian borders and national security. In fact there is no evidence for this  – Russia been maintaining open diplomatic relations with Kyiv for decades, whilst covertly stirring up rebellion in the country’s eastern provinces. The invasion of Ukraine doesn’t even come close to an action of last resort, it was a strategic decision based on little more than one man’s pride and political survival. (Tragically this outdated and dangerous machismo is all too often the reason wars get started.)

Given that Vladimir Putin’s personal profile obsession is going to devastate the lives of some 14 million innocent Ukranians, is there a ‘Just War argument for the defence of the country, after all if nothing is done won’t the Russians just obliterate the population and most of the country’s infrastructure? That’s the worry being expressed by those who reference back to the Nazis in the Second World War – a tyrant unchecked just carries on committing ever greater artrocities. In the face of this the call for peace often sounds like a ‘resounding gong’ (1 Corinthians 13:1) as our still largely primitive human nature finds it hard to turn aside when violence threatens.

This is however what Christ and the Gospel calls on us too. The Sixth Commandment contains probably the four most powerful and unambiguous words ever written in the human language – “Thou shalt not kill”. The concept of an active movement towards peace is rooted in the words of Christ himself: “You have heard that it was said to your ancestors, ‘You shall not kill; and whoever kills will be liable to judgment.’ But I say to you, whoever is angry with his brother will be liable to judgment, and whoever says to his brother, ‘Raqa,’ will be answerable to the Sanhedrin, and whoever says, ‘You fool,’ will be liable to fiery Gehenna.” (Matthew 5:21-22).

So what are we to do in the face of an irrational modern aggressor if Just War theory has become inadequate? The alternative is what we should have been doing all along anyway – following the path of Just Peace. To many this sounds like utopian idealism, and a non-violent strategy probably isn’t the first thing that comes to mind when the tanks suddenly arrive on your front lawn. But Just Peace has much to recommend it, and it can be a very effective and devastatingly pro-active mechanism when faced with an overwhelming conventional aggressor. Just remember what Dr Martin Luther King and Mahatma Gandhi achieved by such means, the freedoms that Daniel O’Connell brought to Ireland or the nuclear de-escalation brought about by the voices of the women of Greenham Common.

Even though Russia may be experiencing embarrassing and inexplicable strategic catastrophes in Ukraine just now, it will eventually sort out its logistics and battle plan, at which point the brave fighters of Ukraine will be annihilated, probably taking with them a large number of their population. It was a commendable moment of solidarity that the world took to its feet, wrapped itself in blue and yellow and applauded the resistance but a new, harder reality is just days away and urgently needs to be planned for.

Nonviolent resistance is slow and unglamorous, but it can be far more effective in disrupting power than direct combat. In fact it’s almost impossible to defeat a country that simply refuses to be ruled over. Giving your tunic to the man who takes your cloak is to weaponise morality, and changing hearts is far more lasting than changing regimes. It’s a brave decision to ask someone to lay down their arms but wars will only ever be fought while there are people out there prepared to fight them.

4 thoughts on “In this day and age there’s no such thing as a Just War, says Joseph Kelly”