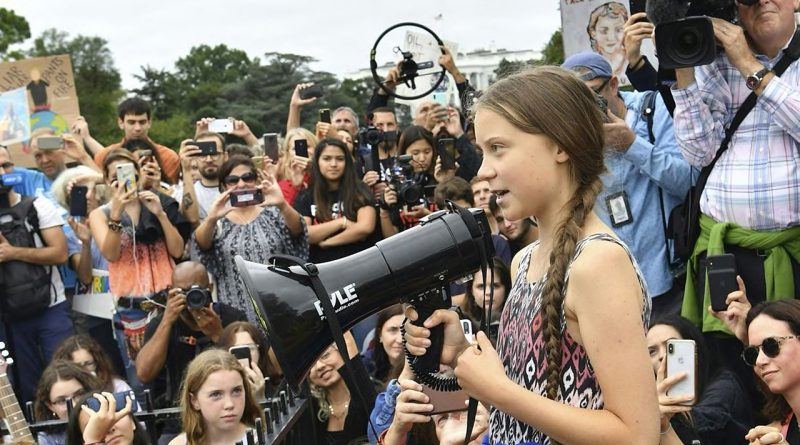 For those of us old enough to remember the heady days of political campaigning in across the 1960s and 70s, this weekend’s scenes on the streets of Glasgow give real cause for hope.

Back then environmentalism was very much a fringe issue and taking to the streets to complain about climate concerns, animal rights or human dignity was generally seen as dangerous and radical Leftism. Often such actions met with the full force of the law and were suppressed without hesitation or reflection.

In the subsequent three decades campaigners have continued to make their case, but governments around the world have learnt a great deal and have become highly efficient at absorbing confrontation. Challenges to the accepted free capitalist model of world development have been easily dealt with by promising future action and then delivering little or nothing of those promises.

Fortunately for all of us, the major changes in society tend to come from the smallest and most unanticipated events. Governments are highly focussed mechanisms, but are therefore ill-equipped to cope with randomness and sudden shifts in public opinion.

Once such moment occurred on 20th August 2018, when a then relatively unknown young Swedish activist who had just started 9th grade decided to stop attending school. Greta Thunberg announced that she would not attend school until the 2018 Swedish General Election on 9th September, but would protest outside the Riksdag every day during school hours holding a sign Skolstrejk för klimatet (School strike for climate). In a year when Sweden had experienced heat waves and wildfires in its hottest summer for at least 262 years, Greta’s demands were simple but profound –  that the Swedish government reduce carbon emissions in accordance with the 2016 Paris Agreement it had signed.

Within days her tiny, single protest had resonated with young people around the world, and exploded into a broader global movement that at last is forcing legislators and high financiers to reconsider their objectives and priorities.

For decades there has been concern and mutterings that young people are becoming increasingly disenfranchised from politics, but this has always been the case. Prior to the 1950s young people didn’t actually exist at all in terms of having a political or social voice. The youth rebellions of the late 1950s that led to the so-called sexual revolution of the 1960s have been written into history as movements of rebellion and counter-culture centred on drugs, sex and music, but there were far deeper messages embedded in the frustrations of young people.

Decades on legislators are still failing to take young people seriously, and that’s why we have a collapse of interest in the established political and social mechanisms. Sadly this has been exacerbated by state education systems, which are focussed almost exclusively on conveying young people into the jobs market, rather than developing the potential of the human person. (Even our own Catholic education system – which thank God is focussed on the human person – is still constrained in its teaching practices by its financial dependence on the state.)

For many young people, the global actions that came off the back of Thunberg’s 2018 school strike were their first experiences of political expression. Significantly, they were generally organised in an ad-hoc way with the realisation that their peers weren’t going to support them. As any political or social campaigner will tell you, when protesting you learn from experience, and your effectiveness increases as a result. This latest awakening in the younger generations is fast becoming a more significant call for generational justice, and for young people to be given meaningful roles in decision-making and public policy.

When the pandemic arrived it was hoped in many high circles that the voice of young rebellion would be stifled – after all, if you can’t take to the streets, you can’t protest, can you? Again, this was an abject failure to recognise the resources and general world of young people, who immediately took to the internet and social media to exchange views, ideas and plans for action. Interestingly, there is strong evidence that young people also engaged readily with established means of communication, and took to government and campaign sites to sign e-petitions, write letters and lobby legislators – which goes to show that young people are more than willing to engage with politics if the issues are of interest, and a means of meaningful communication is offered.

However, there is a darker lesson that young people need to learn from all the promises and pronouncements that world leaders have made at COP26 – you will be applauded and empathised with; you will even be promised that you’ve been listened to and have changed the way powerful people think. You will even be assured that immediate and substantial action is being taken – but nothing will change. It needs to be remembered that this is COP26, and the 26 means that this is the 26th time in recent years that our world leaders have met to try and reverse the obvious destruction of the planet. A great deal of money was spent executing COP26, and the only promises seem to have been a vague plan to stopping cutting down trees at some time in the future, and Vietnam’s commitment to divest their country of fossil fuels. The major emerging contributors to global warming didn’t even attend.

When I (and hundreds of thousands of other young people) became heavily involved in the anti-nuclear protests in the late 1970s and early 1980s we went through exactly the same process – governments promised they were listening to the concerns of the younger generations, but nothing changed. When we persisted and governments realised we weren’t going away, things got ugly, but eventually we prevailed – it remains one of the greatest moments of my life when all sat and watched the last of the Cruise missiles leave UK soil. We learnt from numerous actions and protests that we could prevail, create change and do some small good for humanity and the planet.

Over the past few weeks I’ve been deeply moved by the numerous pictures that have been posted on my Twitter feed by the many Catholic schools that have been engaging their young pupils with the issues around COP26. In particular the project taken up by many schools to draw face masks bearing the message ‘we’re watching you’ was apposite and immensely powerful.

Our children have a long and challenging road ahead of them if they are to secure a better world for themselves and their descendants. We need to do everything we can to empower them, and to inspire them to develop a genuine concern for the magic of God’s creation. From what I have seen so far, I’m very optimistic they’ll succeed.

Joseph Kelly is a Catholic writer and publisher, and founder of www.thecatholicnetwork.co.uk, the UK’s leading daily Catholic news site.

2 thoughts on “How one young person’s school strike exploded into a global movement, and is giving hope to all young people, by Joseph Kelly”