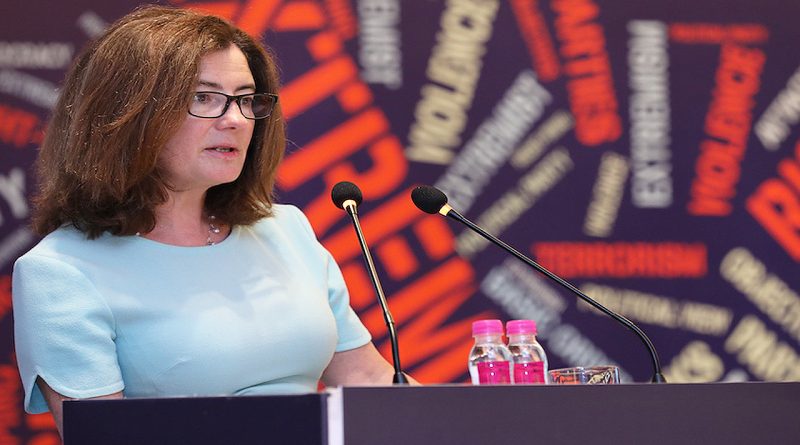 Home Office Minister, Baroness Williams, has said that “something needs to be done” to facilitate everyone being able to receive the Last Rites, following the death of Sir David Amess in October.

Baroness Williams said it was “so sad” that Sir David had been denied the Last Rites on the day he was killed on account of his priest not being allowed access to the crime scene.

The comments were made in a meeting secured by Conservative peer, Baroness Stowell, and attended by the Catholic Union.

The meeting followed a debate in the House of Lords last month on an amendment to the Police, Crime, Sentencing, and Courts Bill, which proposed giving ministers of religion the right to attend crime scenes. The amendment was tabled by Baroness Stowell and Baroness Masham, who also attended the meeting.

Baroness Williams said she was “yet to be convinced” of the need for new legislation – stressing the balance that needs to be struck between securing a crime scene and respecting the wishes of the individual. However, she committed to look at current police training and guidance and will also be raising the matter with the Faiths Minister, Kemi Badenoch MP.

Baroness Williams reported that the Joint Group initiated by Cardinal Vincent Nichols and the Metropolitan Police Commissioner, Cressida Dick, had already held its first meeting and that “initial discussions are promising.”

Catholic Union Head of Public Affairs, James Somerville-Meikle, said: “This was an extremely helpful meeting with the Minister. Everyone present agreed that the tragic events on the day Sir David died were extremely difficult for all involved, including the police. But the sadness of Sir David not being able to receive the Last Rites was also recognised, including by the Minister.

“While this was an isolated incident, it has caused a great deal of concern to the Catholic community in this country along with people from other faiths. It has also brought deeper concerns to the surface about whether public authorities understand the importance of faith to peoples’ lives. Too often during the pandemic, we saw priests denied access to care homes and hospitals. The Catholic Union will continue to give a voice to Catholic interests and concerns, and ensure they are heard in Parliament and public life.”

The Catholic Union of Great Britain: The Voice of Catholics in Public Life