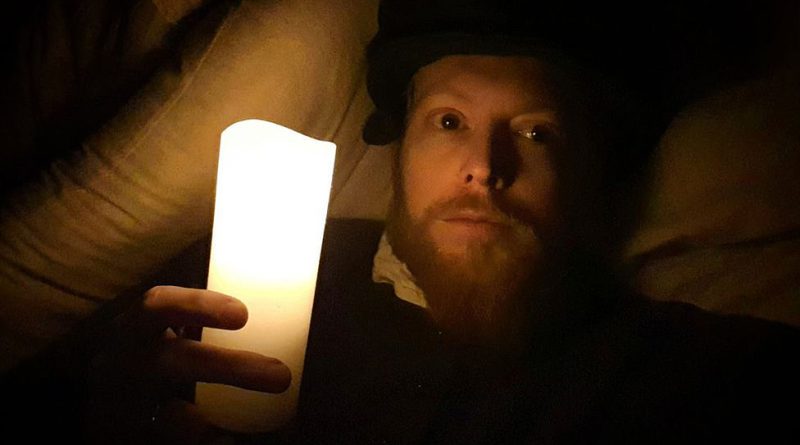 The manager of an Elizabethan manor house has spent 36 hours in one of its priest holes to raise funds for repairs.

Phil Downing was cocooned in one of the seven priest holes at Harvington Hall in Worcestershire and said “there was a wall of blackness”.

Despite having a duvet and food, he said it had “not been nice at all”.
He added he had gained admiration for the Catholic clergy that would have used priest holes.
The hiding places were built by families that carried on practising Catholicism in the Elizabethan period when it was outlawed.
Priests could hide in them to avoid the authorities.

Mr Downing believed Harvington Hall may have been a meeting point for Catholic priests and could have had double the current number of priest holes originally.

“I was only in there for 36 hours. Someone so devoted to their faith might have to be in here for a week or more and could be hung, drawn and quartered if they were found,” he said.

It is the second time he has attempted to spend time in one of the hall’s priest holes and said it was so dark inside “you don’t know when it’s night”.

And even with the duvet to make it more comfortable and an LED candle to help him find his small toilet bowl, he said he had decided he would not repeat the challenge.