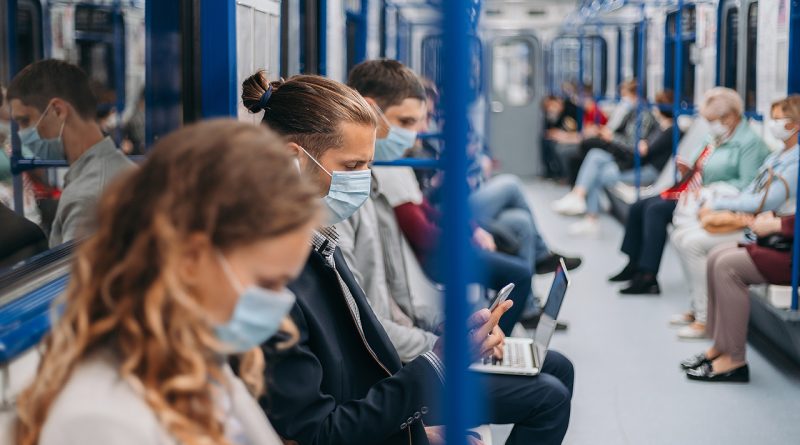 With Omicron looking increasingly like an aggressive and potentially dangerous Covid variant, it was no surprise that this week the government had to backtrack on its ‘irreversible’ roadmap out of the pandemic. As we run through Christmas and into January, face masks and working from home “wherever you can” has once again become a familiar government mantra.

From the outset of the pandemic the ‘work from home’ (WFH) instruction has been fraught with problems, as employers and employees often made significantly different interpretations of those three small words.

Whilst Covid may have accelerated the debate about the nature and purpose of human work, the signs of a culture change were already emerging long before the pandemic struck.

It’s generally reckoned that most commuters spend 400 days travelling over the course of their careers, and spend £136,000 making those trips (Totaljobs.com, 2021). This is no small investment, and is a significant slug of life spent away from home and family in addition to the actual working day itself.

Many employers – and certainly the government – knew only too well that if WFH habits became generalised and extended, commuters would start asking serious questions about their life/work balance and whether the daily trudge to and from their place work was necessary or desirable.

Before this week’s latest announcements on work, there had been considerable pressure on countless workers to return to their workplaces, even in cases where working from home had become effective and more efficient for both employee and employer. Old attitudes and old conventions die hard.

In its survey, Totaljobs also asked its London subscribers how they felt about the prospect of a return to work and the daily commute into and out of the capital. More than 75 per cent said they would prefer to quit their jobs to avoid travelling to the office, with almost half saying the commute was the reason. This led to plenty of headlines warning that ‘1.3 million Londoners would rather quit their jobs than commute to work’. (A parallel Totaljobs survey estimated that across the UK 54 per cent of workers could be about to quit their jobs for similar reasons.)

Of course there’s a chasm between moaning to a survey that you’re dreaming of heading for the blue remembered hills and actually dumping that highly paid urban job, but this week’s renewed call to work from home will only serve to harden intentions.

Whatever the coming months bring in terms of the workplace, the government’s science advisory group, Sage, has suggested that working from home may need to become a much longer-term strategy for getting us all out of lockdown.

Unfortunately WFH in the UK is a mixed luxury, as it is still predominantly only available to certain classes of worker. Recent surveys have shown that managerial and professional workers have been able to quit their workplaces pretty seamlessly and permanently whilst retaining their careers, but ‘routine’ and what would once be called ‘working class’ employment has remained largely on site.

During a time of pandemic this division of labour has also meant that those whose work in the areas most critical to our wellbeing – manufacturing and supply, healthcare, utilities, transport, public services etc – have had to accept considerable stress and risks in heading to the workplace.

Concern about the divisiveness of human work is nothing new, and it is a concern that the Catholic Church has warned about repeatedly in numerous encyclicals and Apostolic Letters.

Documents such as Pope Leo XII’s landmark encyclical Rerum Novarum and St John Paul II’s Laborem Exercens are vital and uncompromising statements on the nature of human work, but other less well known statements also have much to say about circumstances such as those we find ourselves in at present. In 1971 Pope Paul VI penned a remarkable but little remembered Apostolic Letter to mark the 80th anniversary of the publication of Rerum Novarum. Called Octogesima Adveniens, it is a wide-ranging statement of the rapid societal and moral changes that were taking place at the end of the 1960s.

Two of its earlier sections focus on the then developing trend towards urbanisation, and the second section – Christians in the City –  is well worth studying. Pope Paul was highly critical of the growth of the ‘megalopolis’, booming cities that suck millions of people in from rural or suburban surroundings and dehumanise them: “In this disordered growth, new proletariats are born'” he says.

“They install themselves in the heart of the cities sometimes abandoned by the rich; they dwell on the outskirts – which become a belt of misery besieging in a still silent protest the luxury which blatantly cries out from centers of consumption and waste.”

Whilst Paul VI’s intemperate language might sound overdramatic to modern ears, there remains a serious issue surrounding the nature of human work, and especially in modern urban environments. The Covid pandemic has opened up many fault lines in society – from the way we care for our neighbour and the most vulnerable, to our dependence on consumerism and the misuse of our limited material resources.

Work will always be with us – it is a fundamental part of the human condition, but it doesn’t have to be tedious, demeaning or overwhelming. As society works its way out of the dreadful circumstances we’ve found ourselves in these past few years, there is a real opportunity to redress the work/life balance and to make the human journey far more tolerable, and more spiritually meaningful.

One thought on “Getting the work/home life balance will be key in rebuilding a post-Covid world, by Joseph Kelly”