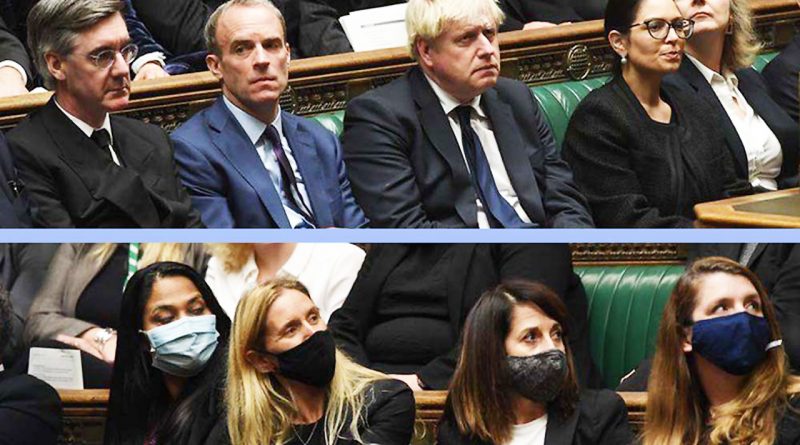 As the cold winter weather draws in, few of us will relish the thought of having to go out and about, but go out we must. There’s a living to be made, shopping to do, offices and factories to return to, and buses and trains that must be caught.

Earlier this week I was talking with my elderly mother. Thankfully she’s a very capable and still active person, but this means she has found being confined to her house for the past 18 months a great strain and frustration. Before the pandemic mum used to head into town on public transport almost every day. She was never afraid to start a conversation, and the long bus ride into town was one of the highlights of her day. Sadly, that’s now just a memory.

But if it hasn’t been an easy year for her, for others with more fragile health conditions it’s been a great deal worse. At precisely the time when people needed the support of family, friends and professionals, all that loved ones have been able to do was pick up the phone and think of what they might say. Even now, as restrictions ease, many are still having to keep as far away as possible from others, as any infection could impact on their recovery and treatment, and a positive Covid result could cut them off from vital treatments they rely upon.

With a large proportion of the population now fully vaccinated, the third booster being promoted heavily and a concerted drive to force people back onto public transport and into workplaces, we are once again mixing – but far too freely. So, it’s no surprise at all that daily infection figures and hospitalisations are rising rapidly, and discussions are turning once again to possible restrictions and containment measures.

Questions have been raised in both Houses of Parliament this week about whether the government should activate its ‘plan B’ for winter, which would include the reintroduction of some social distancing measures and mandatory mask wearing in certain circumstances.

Despite urgent warnings from doctors and the NHS to re-implement the plan immediately, the government is refusing to budge. In fact, there’s an increasing reticence that government policy ought not to be dictated by concerns that the NHS might be overwhelmed, which to me is a bit like saying the plane must take off, despite the fact that the pilot is about to collapse. At times it seems like nothing has been learnt from last year’s fiasco, when much heel-dragging and general mishandling of the crisis resulted in many thousands of completely unnecessary deaths.

Sadly, the government’s latest recalcitrance is being bolstered by the majority of us now behaving as if Covid no longer exists at all, encouraged no doubt by this week’s flippant remarks in parliament about mask wearing. No sooner had Health Secretary Sajid Javid called on Conservative MPs and ministers to wear masks in the crowded Commons chamber, than Commons Leader Jacob Rees-Mogg shot him down by suggesting this was unnecessary because Tories “know each other well” and enjoy a “convivial, fraternal spirit.”

Whilst there wasn’t a mask to be seen on the Tory benches this week, Labour members were all fully face-covered (though no-one can be quite sure whether this was beneficence, or political opportunism).

The advice on face masks may be confusion epitomised, and the Commons spat may be just jovial banter, but it yet again makes the point that government simply does appear to be serious about looking after public concerns and wellbeing. We’re all totally familiar with the varied views surrounding face masks and whether or not they are effective, and of course it’s down to a matter of personal preference whether or not you wear one in general circumstances. We all got that a very long time ago.

What the public are looking for is not rational certainties or scientific evidence, but moral guidance, and that’s been woefully short throughout this pandemic. Even ubiquitous messages such as ‘hands,face, space’, ‘The three-tier system’, ‘rule of six’ and ‘Test and Trace’ were intrinsically self-centred strategiesand failed to emphasise the point that it was others we needed to protect as much, if not more, than ourselves.

In many respects it’s not surprising that the whole Covid debate has come down to a bitter row over the value (or not) of wearing face-masks. The small blue strip has become a religious, social, political and environmental issue, exposing just about all of the deeper divisions and antagonisms that were already festering away long before the pandemic started.

Whether or not facemasks work, whether they are a duty or an imposition, and whether or not they are a social benefit or an environmental curse, it ought to be at least felt that wearing a mask in those brief moments of close public contact is a consideration of others, a politeness and a badge of caring. At present my elderly mother is nervous about getting on a bus or going into a shop because she’ll be surrounded by countless people not wearing face-masks. She’s astute enough to know that doing may have marginal benefits, but it would do a lot to reassure her that others were at least concerned for her welfare, and that of those she’s living with.

Personally, I think face-masks could prove to be a waste of time – I just don’t know, but I do put one on whenever I go into a public place, because I’m concerned to show to others that I am thinking about their welfare. It’s a bit like wearing a Marie Curie pin badge or a poppy. And this is what the government has failed to grasp – they have insisted it’s about ‘following the science’ but that’s as unreliable and contradictory as it gets. No, it’s about following the principle of ‘who is my neighbour’.

When the Lord asked Cain where Abel was after he’d murdered him, Cain uttered the infamous reply “Am I my brother’s Keeper?”, posing a question that has vexed and divided society ever since. When Jesus was asked which were the greatest Commandments of all, he said firstly “Love the Lord your God with all your heart”, but the second is this: “Love your neighbour as yourself.” (Mark 12:31)

In a society defined increasingly by selfishness and avarice, it falls to the government not to divide us further, but to point out the human values that ought to underline any civil society. To love your neighbour as yourself is not just a Christian epithet, but an almost universal spiritual and moral command. It ought not be difficult therefore for the government to summon up some firm, clear moral and social guidelines regarding facemasks and how to behave as we enter this latest phase of the pandemic. Whether or not they have the will to do it is another matter.