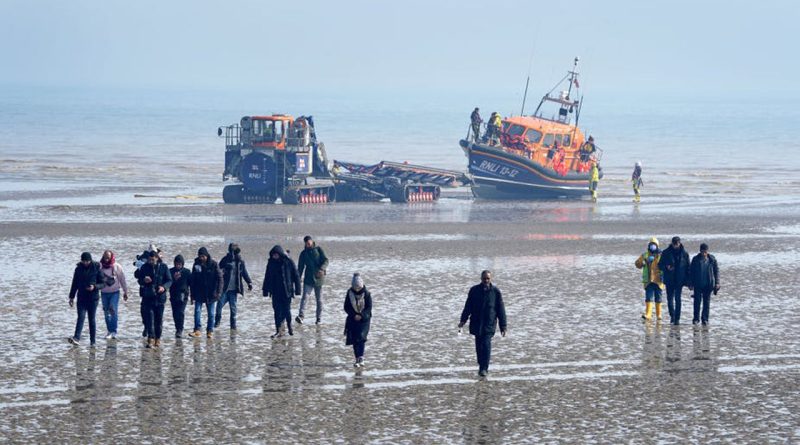 UK Prime Minister Boris Johnson announced on 4th April 2022 that Britain would relocate some asylum seekers arriving in the UK to Rwanda. The plan was condemned by the opposition as well as human rights groups such as Amnesty International. The UK has settled on Rwanda after earlier reports that it had been considering Albania and Ghana. In the light of the latest developments, Cristiano d’Orsi, an expert on the law and asylum seekers, provides insights into why Rwanda.

Political asylum in the UK – why ‘outsource’ the process?

Refugees have made a massive cultural, social and economic contribution to life in the UK in the last 460 years, despite often negative government and popular responses. Many famous household names are evidence of the presence of refugees, including Austrian-born neurologist Sigmund Freud and Hungarian-born author and journalist Arthur Koestler to name but a few.

Asylum in Britain has always been granted at the discretion of the Home Office, and is therefore susceptible to the government of the day. Shifts in public opinion towards refugees can quickly result in new legislation and influence the implementation of asylum policy.

The 20th century has justifiably been called the century of the refugee. There were major population displacements in Europe from the beginning of the century. One major displacement was precipitated by the First World War. The draconian measures introduced by Britain in response shaped the future of its asylum practice up to the present.

In 2021, the UK received 48,540 asylum applications – 63% more than the previous year and the highest number for almost two decades. When compared with the EU (and associated countries) (known as EU+), the UK received the 4th largest number of applicants. This equates to 8% of the total asylum applicants across the EU+ and UK combined over that period, or the 18th largest intake when measured per head of population.

The number of refugees admitted to the UK from Ukraine is a fraction of those admitted to other European countries.

There’s also confusion sometimes between refugee and asylum seeker. Asylum seekers are not the same thing as refugees. Being an asylum-seeker is the precursor to applying for refugee status. Not all asylum-seekers will become refugees.

In the UK most asylum-seekers don’t have the right to work and so must rely on state support. Housing is provided, but options are limited. Cash support is also available.

The benefit of outsourcing the asylum procedures would be that the UK would receive less claims and, as such, admit fewer refugees onto British soil. The UK’s Home Secretary’s Priti Patel thinks that migrants may think twice before crossing the Channel if they think they may end up in Rwanda.

So what does “processing” involve?

It means assessing asylum-seekers to see if they are entitled to be refugees according to international, regional, sub-regional and domestic legal instruments. In principle, refugee status is a transitory status. In principle a person can’t be a “refugee” forever. The three solutions to end refugee status are:

What are Rwanda’s policies towards refugees?

The choice of Rwanda has a logic about it. But it’s also controversial. On the one hand Rwanda has shown that it’s hospitable towards refugees and has experience as a host. On the other it has a bad reputation when it comes to the protection of human rights.

Since 1996 Rwanda has been primarily hosting Congolese refugees who now number nearly 74,000. There are also a large number of refugees from Burundi.

Ninety percent of refugees in Rwanda live in six camps. The biggest is Mahama camp which hosts more than 55,000.

Rwanda’s record on refugees includes signing a Memorandum of Understanding with the African Union and UNHCR to set up an Emergency Transit Mechanism for evacuating refugees and asylum seekers out of Libya.

A more controversial approach involving Rwanda came to light in 2017 when newspapers began reporting that it had received some of a total of 4 000 refugees (mostly from Eritrea and Sudan) who were deported from Israel. This was done informally and never officially acknowledged. Most didn’t stay in Rwanda. And the scheme was stopped.

Overall, however, refugees in Rwanda enjoy a conducive environment and their rights are protected under various laws.

Nevertheless, there are many rights they don’t have. This means that the situation of refugees in Rwanda is ambivalent: they are neither persecuted nor criminalised but, on the other hand, have few chances to improve their lives.

The reception and protection of refugees in the country is set out under a comprehensive law that was passed in 2014. The law encapsulates some of the most progressive policies in the world to support refugee self-reliance. This enabling environment includes refugees having freedom of movement and the right to work.

In addition, a 2014 prime ministerial order says refugees are legally entitled to a wide range of social, economic, civil and political rights.

The principle of non-refoulement is enshrined in law, and is generally respected. However, the law is silent on the option for Rwanda hosting asylum-seekers “externalised” by other countries.

Why Rwanda is a controversial destination

The country is a controversial destination because of its human rights record.

According to the 2022 World Report by Human Rights Watch:

The ruling Rwandan Patriotic Front (RPF) continued to stifle dissenting and critical voices and to target those perceived as a threat to the government and their family members. The space for political opposition, civil society, and media remained closed. Several high-profile critics, including opposition members and commentators using social media or YouTube to express themselves, went missing, were arrested or threatened.

Rwanda is also accused of targeting Rwandan refugees abroad. Human Rights Watch has documented and received credible reports of Rwandan refugees and asylum-seekers being forcibly disappeared and returned to Rwanda, or killed.

The extent of the governments efforts to silence critics is also the subject of a book – Do Not Disturb: The Story of a Political Murder and an African Regime Gone Bad – written by veteran journalist Michela Wrong.

What would be the main concerns?

The biggest challenge is the ambivalent role that Rwanda plays – particularly its human rights record.

Other factors include the lack of economic and professional prospects for refugees in Rwanda. High unemployment makes financial independence and self-sufficiency difficult for most refugees. The ability for the country to absorb the refugee population through integration and naturalisation has been extremely limited.

In addition, the absence of documentation and a lack of clarity and awareness on refugee rights has reduced the ability of refugees in camps and urban areas to access jobs and services.

Overall, there is no systematic discrimination or denial of rights targeting refugees. While discrimination might occur in some situations, for instance in relation to sexual orientation and gender identity, this is true for both refugees and members of the host community.

However, non-discrimination is not enough and refugees in Rwanda are still a long way away from being able to make independent lives for themselves.

One thought on “Outsourcing asylum seekers: the case of Rwanda and the UK”