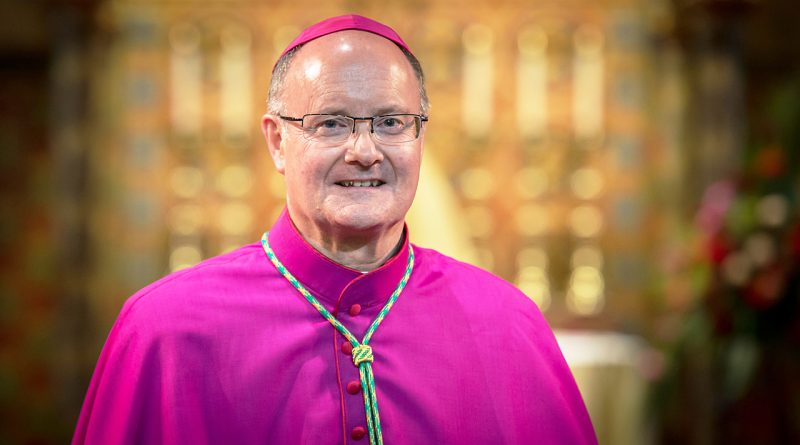 The Catholic Bishop of Nottingham has called on the government to show a better tolerance and understanding of the vital part that faith plays in society.

Speaking last weekend at a ‘Festival of Faith’ hosted by the High Sheriff of Nottingham, Bishop Patrick McKinney said that some government departments and institutions have sometimes “demonstrated  only a surface-level understanding of religion, and religions” which he says “can stifle or prevent the practice of tolerance”.

Leaders and scholars from various religions had gathered at Nottinghamshire County Council’s Assembly Hall to share on Appreciating Religious Tolerance in Great Britain. The event was a celebration of freedom of religion in the United Kingdom and also a celebration of the Queen’s Platinum Jubilee.

“Queen Elizabeth is a quite remarkable woman of faith who has, with the passing of years, become more open and more comfortable talking about the place of faith in her life,” said Bishop McKinney.

He pointed to her speech at Lambeth Palace in 2012, in which he said the Queen: “gave us a real insight into how she understands her own role … and also her recognition of both the moral and the practical contribution of the various religions to our society.”

The bishop added that it is a vital aspect of religious tolerance that the positive role of religions in the public square is acknowledged.

“I say this because, there are still those who would advocate that the voice of religions should be silenced, or at least relegated to the purely private sphere.

“There are those who argue that the public celebration of festivals such as Christmas should be discouraged, in the questionable belief that it might somehow offend those of other religions or none.

“And there are those who argue – paradoxically with the intention of eliminating discrimination – that people of faith in public roles should be required at times to act against their conscience. These are worrying signs of a failure to appreciate not only the rights of believers to freedom of conscience and freedom of religion, but also the legitimate role of religion in the public square.

The bishop also warned that “religious illiteracy” risks undermining a fuller practice of tolerance in society.

“Sadly, some government departments and other institutions have sometimes demonstrated  only a surface-level understanding of religion, and religions, which can stifle or prevent the practice of tolerance.”

Bishop McKinney also made reference to the killing of the Catholic MP Sir David Amess, and the fact that a Catholic priest had been refused permission to pass through the police cordon to administer the Last Rites to Sir David as he lay dying. In the aftermath a joint group convened by Police chief Dame Cressida Dick and Cardinal Vincent Nichols met to consider the issue and the College of Policing subsequently upgraded its guidelines.

“From my perspective, this is a positive example of how a greater understanding of religion and religions can lead to a strengthening of religious tolerance or respect,” said Bishop McKinney.

“Faith plays a key role in the identity of many millions of people, providing not only a system of belief but also a sense of belonging,” the bishop said.

“Indeed, religious groups have a proud track record of helping those in the greatest need, including the sick, the elderly, the lonely and the disadvantaged. They remind us of the responsibilities we have beyond ourselves.

“There is no deeper freedom a human person has than to assent to what they assess to be true, to  ascertain  the good and to do it, and to choose to pray to God when they believe in Him.

“This deeper understanding of freedom and tolerance of religion is increasingly a gift to our society that sometimes risks forgetting about such values, regardless of whether one is a believer or not. It is a gift because these practices of freedom and toleration are the essential foundations of any truly open and democratic society.”