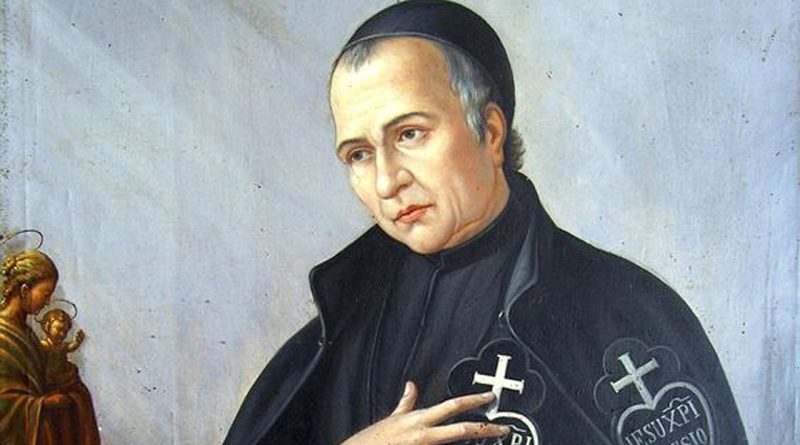 The Archdiocese of Birmingham has announced that Thursday 18th August 2022 marks the beginning of the annual Diocesan Novena to pray for the Canonisation of Blessed Dominic Barberi.

The Novena of Prayer lasts for nine days and concludes on his feast day on Friday 26th August.

Dominic Barberi (22nd June 1792 – 27th August 1849) was an Italian theologian and a member of the Passionist Congregation prominent in spreading Catholicism in England. He contributed to the conversion of John Henry Newman. In 1963, he was beatified by Pope Paul VI.

“The annual Novena of Prayer for the Cause of Blessed Dominic Barberi is a moment to pause and to appreciate the work of this holy Passionist in our Archdiocese and to pray for his Canonisation,” the archdiocese said.

Blessed Dominic arrived in the Archdiocese in February 1842. He spent the next seven years based at Aston Hall in Staffordshire, from where he celebrated Mass, preached Missions, heard confessions, and received many people into the Catholic Church, the most famous being St John Henry Newman in October 1845.

Newman relates in his Apologia how Barberi arrived soaked from the rain and as was drying himself by the fire when Newman knelt and asked to be received into the Catholic Church. This event is marked by a sculpture in the Catholic Church of Blessed Dominic Barberi at Littlemore. Two of Newman’s companions at Littlemore were also received, and Barberi celebrated Mass for them the following morning.

On 27th August 1849, Barberi was travelling from Paddington, London to Woodchester, when at Pangbourne he suffered a heart attack. Because in London “the cholera was then prevalent”, there were no hotels that would take him in, and so it was decided to bring him back at Reading (in the Railway Tavern, later the Duke of Edinburgh Hotel, now demolished). The up-train arrived more than hour later, while “he remained in great agony but in peace and with ‘Thy will be done’ ever on his lips”.

Barberi is buried in St. Anne and Blessed Dominic Church, Sutton, Merseyside, which is also the shrine of Elizabeth Prout and Ignatius Spencer.

“Blessed Dominic had a well known reputation for sanctity and holiness of life. He is also remembered for his love for the poor, and those in need of prayer and help,” said the archdiocese.

“In our Archdiocese his memory is held in special regard and each year we pray a Novena of Prayer asking God to grant a miracle of healing through the intercession of Blessed Dominic, which could further his cause for Canonisation.

“Please pray the Novena during the nine days from August 18 until August 26. It can be prayed in the parish or at home.”

Novena Prayer for the Canonisation of Blessed Dominic Barberi

to the heights of holiness, learning and apostolic zeal

and made him a powerful minister of your mercy,

listen to our humble request.

We pray that you will in your goodness,grant a miracle through the intercession of Blessed Dominic,

so that the Church may further honour him on earth

and that many more people will come to know

and invoke the help of this faithful servant of the Church.

We ask this through Christ Our Lord. Amen.

Blessed Dominic Barberi, Pray for Us.