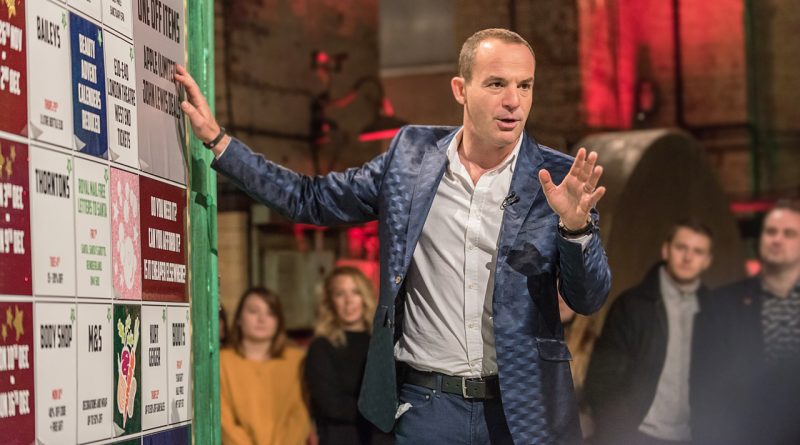 If you were one of the tens of thousands of people who struggled to enter their meter readings on energy websites yesterday, then you’re already aware of the financial cliff we’re all about to be thrown over. Many of the UK’s largest energy providers found their websites overwhelmed after MoneySavingExpert founder and TV money pundit Martin Lewis pleaded with consumers to submit their meter readings online before today’s 54 per cent energy price cap hit.

In recent weeks the TV commentator has been getting increasingly agitated about the potential impact on families of the fuel hike, and government policies announced in the Chancellor’s Spring Budget Statement.

His concerns were mirrored this week by the Resolution Foundation, an influential UK think tank that focuses on living standards. According to the RF, today’s energy price hike means that more than five million households are now spending at least 10 per cent of their budget on energy bills, a share that is considered to be the marker line for “fuel stress”. the RF estimates that some 24 per cent of households in the north east of England are now in fuel stress, and this is expected to jump to 41 per cent in October when a second energy price jump hits.

In his Spring Statement, Chancellor Rishi Sunak opted for tax rebates rather than benefit increases as the government’s preferred mechanism to assist the most vulnerable households, with pensions and benefits increasing by just 3.1 per cent – which is less than half the current consumer prices index inflation rate. (Whilst tax rebates are welcome, this must also be seen in the context of the highest tax burdens in 70 years, with 15 tax rises in the last two years alone under this Chancellor.)

Under a deluge of criticism for not doing enough to help the poorest, Mr Sunak countered that he was “satisfied with the actions I’ve taken” and admitted candidly that “I wish I could make sure we protect everyone … but it’s impossible for anyone in my job to do that. What we can do is make a difference where we can.”

With everything that’s ram-raided the Treasury coffer in the past few years – not least Brexit, Covid, and a perilously dangerous war that has destabilised global fuel and food prices – it’s easy to have some empathy for legislators trying desperately to make the books balance. The prospects for the next decade look miserable, and for the next few years they’re darker still. The UK economy may have begun a commendable recovery, but this is being wiped out by a steep downturn in living standards. More worryingly, the government focus seems to have shifted to managing existing expectations, rather than any long term visionary strategy for growth and regeneration. High inflation and dropping living standards are a painful squeeze and need to be ameliorated, but weak and slow growth will be far more damaging to our prospects.

Following his budget, the Chancellor promised that whilst the next few years will represent a very serious struggle for millions of families, if we all go along with his strategy and take our share of the pain, there will be very meaningful tax cuts “during 2024”. Given that the Conservative government has to call a General Election no later than Thursday 23rd January 2025, you can understand their desire to make 2024 look like we’ve actually been given something.

The truth is that for many families 2024 is a very long way off, and they have absolutely no idea how they’re every going to get there. Take for instance a non-working lone parent with two children – they will be trying to get by on universal credit payments that are 8.6 per cent lower in real terms than they were before the pandemic and 17.1 per cent less than when the temporary £20 a week uplift to UC was in place.

However we dress it up, absolute poverty in the UK is set to ride sharply over the next two years, the first time this has ever happened outside of recessions.

On 5th May voters across the UK will be heading to the polls for the local elections. Of course local politics shape local communities, not the broader direction of the country, but it’s anticipated that the results will give a strong indication of the mood of the country, and how the present economic difficulties are impacting on households and their voting habits. Sadly, with the now endemic disinterest in politics and collapsing voter numbers, it’s actually unlikely that the small turnouts will tell us very much at all, other than that a minority number of people still support and endorse the party system and, with it, representative rather than direct democracy.

It’s worth reminding ourselves that if you do put your vote on paper at an election, you’re not electing a delegate to represent your views in parliament, rather you’re appointing a representative who will use their own judgement and party loyalties to make decisions for the country (which hopefully reasonably reflects your own personal views and wishes). It is therefore assumed that they are better placed than you to understand the issues of government, and to make those hard decisions necessary to run the country.

It’s often said that “whomever you vote for, the government gets in” and in recent decades this has certainly been the case. Every since David Cameron tried to formulate national policy around the zeitgeist, politicians have striven to shape policies to reflect the public mood, rather than following any visionary scheme of what’s likely to be best for the country and its citizens. Appeasement may be the name of the game, but one fundamental fact remains. Governments function on the collection and distribution of taxes, and this offers little room for manoeuvre, innovation or increasing overall incomes. You can generate a few new ideas but inevitably you’re going to have to move around a pretty fixed pot of annual income.

Under our present democratic system, and our demands of it, we appoint our legislators and then leave it to them to try and work how every fiscal demand can be met, but always without compromising anyone or anything. Of course it’s impossible to do this within the present system without making sacrifices. Traditionally our appointed representatives come back and tell us what their party has decided to spend our money on, and we have no further say in these decisions until next election time. But legislators are increasingly struggling to anticipate what is likely to impress their voters, and our powerlessness and the very nature of the British political system also makes us reluctant to voice our views on what we would like to see. (Since the baby boom years of the 1960s far too many people have also been focussed on their ‘wants’ rather than their ‘needs’, and this in itself has contributed greatly to and class social divisions, and an impossible burden on limited Treasury funds.)

From the party politician’s perspective, one of the great difficulties of representative democracy is precisely that they tend to be elected on the principles of their party, rather than any personal qualities, and their election is dependant as much on voter loyalty as voter concerns. For that we are squarely to blame. Catholic social teaching recommends that we look at the policies of all the candidates in an election, and vote for the individual whose aims and party policies best match Catholic principles. This is effectively voting for the ‘least worst’ candidate, but we are nevertheless given a moral obligation to vote.

The great absence in British politics just now is a clear understanding of what people actually want, as old party loyalties and objectives fade and blur, and moral and social boundaries become ever more diverse and complex. Contemporary society is no longer a highly predictable collections of two or three voter groups whose expectations and prejudices can be predicted readily.

Speaking on BBC Radio Five Live yesterday, Martin Lewis made an impassioned plea for the government to act ahead of soaring energy and food bills, warning: “The country needs more help”. He said it was “devastating and depressing” and he felt “sick in my stomach” at being unable to help people struggling with soaring bills. It felt like the situation at the start of the pandemic before furlough was announced, he said, except the difference this time is that “I’m not sure the help comes from”.

Over the past few days the Chancellor has been at pains to respond that it isn’t possible “to solve every problem”.

“I can’t save every job”, Mr Sunak has admitted, and “I can’t protect everyone from global challenges we face”.

Of course this is true of any government, and it’s probably high time we admitted that legislators cannot ensure the comprehensive wellbeing of everyone and at the same time also fully protect the most vulnerable in our society. Decisions will always have to be made about how taxation income is redistributed, and that demands that we give governments very clear signals about what we’d like them to prioritise, and what we are prepared to sacrifice in our own lifestyles to enable it to happen.

In Britain at the moment we have an ever-increasing number of desperately poor and vulnerable people that we are simply not looking after. Yes, there is also an increasing number of excessively wealthy people, and you can certainly increase their tax burden, but that won’t address the fundamental issue that we are all spending too much on too much, and we don’t yet seem very keen to relinquish our personal gains and lifestyles.

As Martin Lewis and many others have pointed out, we will need to think very hard in the coming months and years about what we are prepared to do – and more importantly let go of – if we are to give the government clear signals on how to best protect the most disadvantaged in our society. 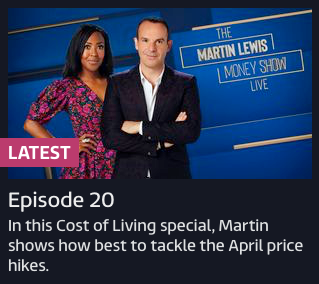 Catch up on the ITV Hub:

One thought on “As financial experts warn of a ‘very bleak’ decade ahead, we must do more to protect those who’ll be hit the hardest, says Joseph Kelly”