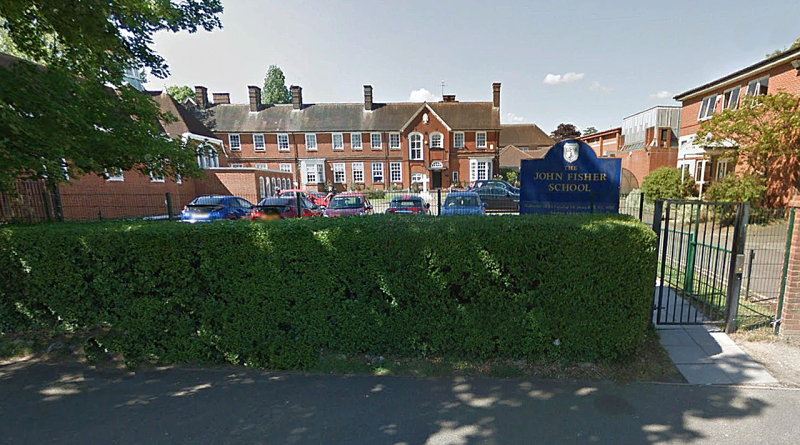 Staff at the John Fisher School in have agreed to call off further strike action, in a move welcomed by parents and carers, the school’s Governing Body and the Archdiocese of Southwark.

The strike at the school in Purley, Surrey was called by members of the National Education Union following the recommendation by the Archdiocese of Southwark that a planned visit by the author Simon James Green be cancelled. The Archdiocese took this course of action following concerns about the age-appropriateness and religious insensitivity of the author’s books.

In their agreement to settle the dispute, both the Governing Body and NEU representatives recognised that the John Fisher School is ‘an inclusive and diverse environment’, which at its core is a ‘Catholic school that operates within the RSHE statutory guidance’ and ‘the teachings of the Roman Catholic Church’.

The agreement also reflects the comments made by Ofsted in their recent inspection which highlighted the inclusive nature and welcoming learning environment of the school.

The decision to call off the strike will be warmly welcomed by parents and carers at the school who have raised serious concerns about industrial action taking place so close to exam season.

“The John Fisher has a proud history of being one of the highest performing Catholic schools in London. It has therefore been highly regrettable that events have unfolded as they have done, so close to the exam season,” said spokesperson for the School Governing Body.

“Getting pupils back into the classroom as quickly as possible has been our overriding objective, and we have been acutely aware of parents’ concerns, especially those with children in Year 11, that pupils have lost valuable lesson time so close to their GCSEs.

“We are grateful to all those involved in negotiations for approaching discussions with a spirit of openness and collaboration which have allowed us to move forward and draw a line under this incident.

“The John Fisher School is a welcoming and inclusive learning environment, and it is so because of its strong Catholic ethos which teaches respect for the God-given dignity of every human being.”

The Archdiocese of Southwark Education Commission also added that it was grateful for the progress that has been made in resolving the industrial action at the school.

“We support the mission of the new Governing Body in working collaboratively with the leadership and staff, and with parents and carers of pupils at the school,” the Commission said in a written statement.

“We are committed to collaborating with the school in upholding its Catholic ethos, faithful to the teaching and practice of the Catholic Church.

“We will ensure that every activity in the school, including future invitations to outside speakers, are compliant with statutory guidance concerning the protected characteristics of faith schools, the age and faith appropriate use of resources, and the care and support for everyone in a diverse teaching and learning community.

“In this, we treasure the traditions of faith and prayer which have been passed on to us and the dignity of each person created in the image and likeness of God.”