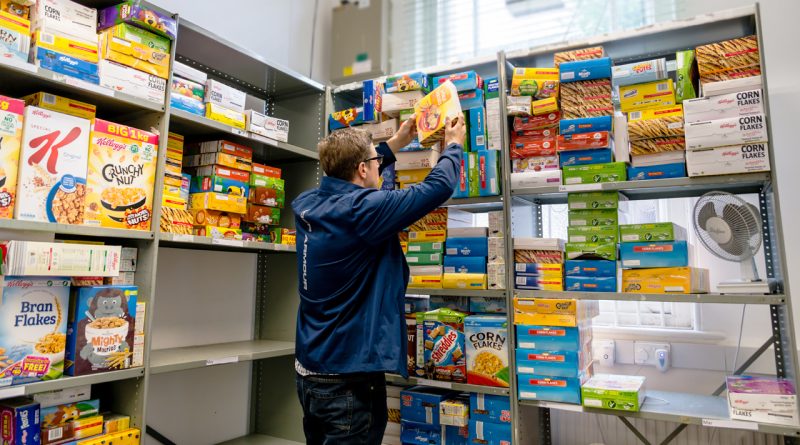 It’s certainly been a strange week in politics, especially when it comes to discussing the cost of living crisis that’s increasingly strangling the country.

Just yesterday the Secretary of State for Levelling Up, Housing and Communities, Michael Gove, was being asked in a live BBC TV interview if the government had any plans to introduce an emergency budget to help those struggling. Instead of simply saying “no” Mr Gove launched into a tirade of vocal mimicry, telling people to “calm down” in a mock Liverpudlian accent over poverty worries, before heading across to the Good Morning Britain sofa where he told a completely contrary story.

Over in Parliament, on the second day of the Queen’s Speech debate in the Commons, Home Secretary Priti Patel had us all scratching our heads when she announced that the government planned to beat serious crime by “beating crime”.  And how exactly was this to be done? “We are going to stop people locking on to each other,” she announced.

If this sounded more like a pub landlord’s instruction than a Home Secretary’s mandate, it was nothing compared to the remarks made a short while later by the Conservative MP for Ashfield, Lee Anderson, an ex-coal miner and ex-Labour Councillor who was once served with a community protection notice for dumping boulders to block access to a local traveller site.

Mr Anderson is also well known for his views on how to beat crimes and stop people “locking on to each other”. In 2019, in the wake of a murder on a council estate in his constituency, he said that certain “nuisance” council tenants were “making people’s lives a complete misery and recommended that the offending tenants should be “in the field, picking potatoes or any other seasonal vegetables, back in the tent, cold shower, lights out, six o’clock, same again the next day.” The comments infuriated his local Labour party, but clearly he’s now more safely at home with the Tories.

Earlier this month Mr Anderson visited what he described as a “real foodbank” in his constituency to see for himself a scheme that mandates food bank users to register first for a budgeting and cookery course. No doubt this dubious arrangement emboldened him to tell the Commons yesterday that actually there is: “not this massive use for food banks in this country” and basically anyone who can run a household budget and knows how to cook should be perfectly able to make wholesome meals for 30p a day!

Hardly were these words out of Mr Anderson’s mouth than Tory MP Brendan Clarke-Smith said his colleague was “absolutely spot on”, tweeting a link to an article claiming that learning to cook was “one of the best ways of fighting poverty and combating obesity”.

Not surprising Labour’s Shadow work and pensions minister Karen Buck condemned the remarks as “beyond belief”.

“In the world where people actually live, we now hear daily stories of families going without food and others unable to turn their ovens on in fear of rising energy bills,” said the Catholic MP.

“The idea that the problem is cooking skills and not 12 years of government decisions that are pushing people into extreme poverty is beyond belief. Out of touch doesn’t even cover it.”

Echoing Mr Gove’s amateur dramatics audition earlier in the day, Mr Anderson desperately tried to backtrack by blaming the media. Posting on his Facebook page Mr Anderson said: “I did not say poor people cannot cook or there is no need for food banks. I said there is not the need currently being parroted out by the MSM [mainstream media].”

Well, parroting out we may be, but it’s only the proven statistics and deep concerns being expressed by just about everyone with even a passing involvement in UK poverty issues. For instance, figures released just last week from the Trussell Trust, one of the UK’s leading food poverty charities, revealed that food banks in their network alone have provided more than 2.1 million parcels over the past 12 months to people facing financial hardship across the country, of which 830,000 were provided for children.

This represents a 14% increase over the previous year, and it’s the first time that the charity has been called on to provide more than two million parcels in a year, with the Trust also reporting that one in three people on Universal Credit are already skipping meals. They say that much of the strain on finances has been caused by the Chancellor scrapping the £20 a week low income allowance – the largest cut to welfare payments since the Second World War.

Our own Catholic charities have also been sharply critical of the government’s lack of meaningful action on the UK poverty crisis. The St Vincent de Paul Society (SVP) warned recently that the government “continues to squander opportunities” to build a fairer and “more just future built on every sector of society”.

“The cost of living crisis is affecting millions of households, many of whom are being supported by members of the SVP and St Vincent’s centres across England and Wales,” the charity said in a response to Chancellor Rishi Sunak’s March Budget statement.

“Without the support of the SVP, tens of thousands of families would fall into poverty and be denied the help they need to survive and the empowerment to pull themselves out of poverty and regain their dignity,” the Catholic charity said.

Sadly, this crisis only looks like getting a whole lot worse. Figures released this morning by the Office for National Statistics (ONS) show that the UK economy shrank by 0.1% in March, following two months of unexpected growth. This may sound like a small percentage but the deeper analysis reveals that UK households are cutting back and being squeezed, just as the war in Ukraine and global supply problems have driven up the price of almost every household commodity. Today’s ONS figures don’t even include the recent sharp increases in energy bills, so the shrinkage is expected to be even greater next month.

A recession is defined as the economy getting smaller for two consecutive months so – with taxes, interest rates and inflation all hitting disposable income now – it’s pretty much a given that we’ll be plunging over the recession cliff in the coming months, and the situation for the poorest and most vulnerable now looks desperately bleak.

Whether or not it’s even possible to cook a wholesome meal for the family for 30p, fact of the matter is you cannot cook anything if you have nothing, and you certainly can’t cook a meal of any kind if you can’t afford to switch your cooker on in the first place, or buy even the most basic foodstuffs.

In a society becoming fixated with rights of all kinds, it surely ought to be worth the government enshrining in law a ‘right to food’? We should also heed the recommendation of the Commons Environment, Food and Rural Affairs Committee, which last year called for the introduction of a food security minister who would be backed by “robust” cross-government structures to ensure all relevant departments “prioritise the issue of food insecurity”.

So far, this plea has been ignored and, as Ms Buck has warned, 12 years of government reluctance to address increasing poverty in the UK is creating an ever more deeply divided and unjust society. To have come a point where elements of the government actually believe and are happy to say on record that the solution to crushing food poverty is to register for a cookery course is – as Ms Buck said – just “Beyond belief.”

The explosion in food bank use in the UK over recent years is actually a source of national shame, and it’s not because people have forgotten how to cook, it’s because they’ve been plunged into poverty over which they have absolutely no control, and no sight of a resolution. And where does that poverty come from? Not from people’s habits, ignorance or accidents of history, but directly from decisions made by government. No-one chooses to queue at a foodbank, and it really is a new low in the misunderstanding of the causes of poverty if the government actually believes that the present crisis can be solved by a short course in home economics.

3 thoughts on “A short government course in home economics is no solution to the deepening food poverty crisis, says Joseph Kelly”