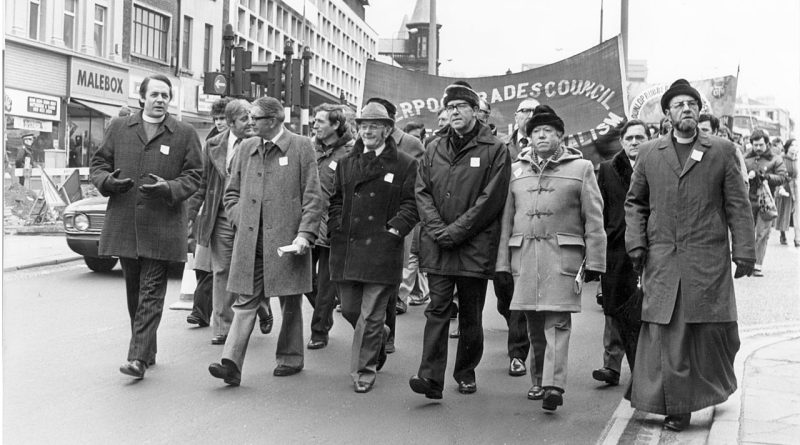 After the forensic verbal exchanges of the past few days, There can be few people in the UK who haven’t heard of Mick Lynch. As head of the Rail, Maritime & Transport Union (RMT) that called for this week’s rail strikes, the 60 year old union leader has ripped through media interviews, leaving a trail of dismembered journalists and politicians in his wake. He admonished ITV’s Richard Madeley for talking “a lot of twaddle”, accused Chris Philp, Parliamentary Under Secretary of State at the Department for Digital, Culture, Media and Sport of being “a liar” 15 times in the one interview and even reduced  Piers Morgan to ridicule. Aside from the TV jousting, he’s attracted huge public interest for his incisive and eloquent summaries of the current social and economic ills.

Few of us have seen the likes since the 1980s, and whether or not you think that’s a good or a bad thing depends of course on your politics. Phrases like ‘class struggle’, ‘divided society’ and even the word ‘workers’ have all but evapourated in recent times, but equally so have contra-shouts like ‘Marxist’, ‘revolutionary’, and ‘trouble-maker’.

By and large we have been living in an insipid, uninteresting political swamp where little improves, and little changes. We have left our politicians to get on with the job, and we haven’t been too concerned about the outcomes. For Lynch, this is the perfect environment in which the rich can get richer, and the poor become poorer.

“We’ve got more billionaires than ever … there’s plenty of money in the economy, it’s just in the hands of the wrong people.
Mick Lynch

One of the concerns that political observers have long expressed is that self-serving political doldrums create an atmosphere where radical or lateral outsiders can sweep in, seize the zeitgeist and possible even the levers of power. There are plenty of examples from history where the most unlikely of individuals have become powerful dictators.

Whether malign or benign, such divisive explosions of public discontent are invariably highly disruptive and damaging to the status quo, as they open up social wounds, inequalities, vices and encourage the less noble aspects of human nature.

This week it just happens to be Mick Lynch of the RMT who’s taken a scalpel to cadaver of British politics, but something like this was bound to happen. A few decades ago legislators would have made their reputations on bullish rhetoric, combative politics and endorsing the prejudices and opinions of their supporters. Somewhere along the line we tired of all this verbal bullying and thought it would be far better to have a lot of very nice people talking sensibly and quietly to each other in search of consensus.

Whether or not you agree with the views of Mick Lynch doesn’t really matter, his arrival reminds us that there was once a day when politicians spoke their mind, meant what they said and knew who their supporters were.

But I’m being unfair here on politicians, what’s really changed is not so much our legislators, but the nature of society itself. Where once there was bright red and blue, left and right, and an occasional splash of green or yellow – thanks to the internet there is now probably as many political parties are there are citizens in the UK!

It’s a point that Mick Lynch makes quite unintentionally. In his many swipes at the obscenely high salaries of industry leaders (Network Rail CEO Andrew Haines is on £557,000), Lynch points out that in comparison the average salary for a railway worker is a  meagre £45.5K (the figure actually varies between £34k and £55k depending on the role and how you do the maths).

What’s missed here is that a £45k salary actually puts our railway worker in the top 15% of wage earners in the UK! Even down at the £34k bottom calculation, that’s still just slightly above the UK mean average salary of £31,461 (Office of National Statistics). In other words, half of the UK working population is earning a lot less than a railway worker for doing equally hard full-time jobs.

Of itself this splits current support for the rail strike down the middle, and probably further compromises support from other ‘workers’, because they are almost all on lower wages than railway workers. No doubt Lynch would argue that’s the very reason that other workers should support the strike, so that they can also organise under their own unions and fight for equally attractive wages for themselves.

It’s a shout that echoes way back into history, but unfortunately the present landscape is somewhat more complex. A railway worker on a very comfortable £45k (+ we would expect a similar partner income) could just as likely be an ardent Tory voter today as a Labour militant, which makes it all but impossible for a union leader or Tory minister to know who their supporters are – or more importantly – aren’t.

It’s the kind of political fog that makes the Labour leader Kier Starmer declare he’s going to discipline Labour front benchers who this week took to the RMT picket lines in support of the strike (deceased Labour MPs will be turning in their graves!). It’s also the dangerous kind of fog that convinces our Prime Minister that he’s made of Teflon, and can outrun any kind of scandal, even if it threatens the very principles of our democracy.

On the upside, the present political turmoil creates a very strong argument for a different kind of politics, ideally one that’s based on non-partisan principles and focusses far more on the human rather than the corporate good. It also needs to be a politics that challenges all of our present assumptions, and especially those we take for granted about the nature of work.

The Catholic Church has long recognised the right of workers to form themselves into associations or unions. In his great encyclical Laborem Exercens, St John Paul II emphasised the right to strike, but with certain conditions:

“One method used by unions in pursuing the just rights of their members is the strike or work stoppage, as a kind of ultimatum to the competent bodies, especially the employers. This method is recognized by Catholic social teaching as legitimate in the proper conditions and within just limits. In this connection workers should be assured the right to strike, without being subjected to personal penal sanctions for taking part in a strike. While admitting that it is a legitimate means, we must at the same time emphasize that a strike remains, in a sense, an extreme means. It must not be abused; it must not be abused especially for “political” purposes. Furthermore it must never be forgotten that, when essential community services are in question, they must in every case be ensured, if necessary by means of appropriate legislation. Abuse of the strike weapon can lead to the paralysis of the whole of socioeconomic life, and this is contrary to the requirements of the common good of society, which also corresponds to the properly understood nature of work itself.
LE,20. 1981

Whether or not you think this week’s rail strike meets those conditions depends on whether or not you define the rail network as an “essential community service” and its paralysis (even briefly) as damaging to the common good – sorry Mick, but frankly I think most would.

That could well account for the reluctance of Kier Starmer to attach his Labour party to this week’s strike, and it’s undoubtedly the reason why there has been few Catholic voices raised – a strike defending workers’ jobs is one thing, but a strike that also inflicts considerable hardship on the wider community is another. It’s also not a very efficient way to arouse support for your arguments.

That said, the ‘Mick Lynch week’ has ignited numerous simmering grievences and social inequalitiers, and – with everything else that’s going on at the minute – we’re probably now about to plunge headlong into a new chapter of civil disruption and torrid political relations.

If anyone is looking for ways through this, and possible models for reconciling state and society, the dust really ought to be blown off the groundbreaking Sheppard/Worlock experiment of the 1970s and 80s. Between 1976 and 1996, Archbishop Derek Worlock of Liverpool and his counterpart, David Sheppard, the Anglican Bishop of Liverpool, forged a uniquely influential relationship that brought together a desperate city.

Like many of the UK’s industrial centres in the 1970s and early 80s, Liverpool was being torn apart by industrial and social upheavals, and factory closures and redundancies had become an epidemic.

Many may remember their lively 1988 joint appearance on the BBC1 prime-time chat show Wogan, but those who were closer to the ground in Liverpool still talk today about how in 1984 the two faith leaders agreed to jointly oversee the striking miner’s hardship fund, and in 1977 marched side by side through the streets of Liverpool with other faith leaders in support of workers in the Dunlop Tyre factory in Speke, which was being threatened with closure after Dunlop merged with Pirelli of Italy.

“We’ll stand shoulder to shoulder with them,” Archbishop Worlock declared. Sadly, despite everyone’s best efforts, the Speke factory closed with the loss of several thousand jobs during the 1978/79 ‘winter of discontent’, just one example more than 58,000 jobs that were lost on Merseyside alone at that time.

Worlock and Sheppard both had strong backgrounds in social justice, and both men understood that even the most intransigent of obstacles could be overcome by a determination to ‘love one’s neighbour’, and by putting the principles of the ‘Common Good’ into practice. Their high profile public relationship not only transformed perceptions of the central role that faith and Christian principles can play in resolving human differences, but their actions establish a fertile new template for more reconciliatory relations between state and society.

For very legitimate reasons, faith leaders may not have jumped to defend the rail unions this week, but intervention and the practice of reconciliation of the type established by the Worlock/Sheppard experiment is going to be increasingly important as British society works its way through the inevitable disputes and ruptures of the coming months.