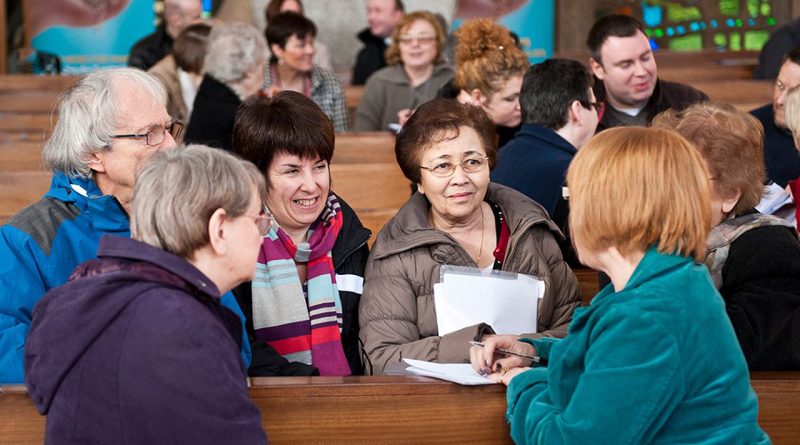 A decade or so ago, when I first started editing The annual Catholic Directory of England & Wales, there was always the predictable flurry of calls on publication day from journalists picking at the ‘Recapitulation of Statistics’ section.

For those not familiar with the phrase, this section compiled together a range of figures relating to Mass attendance by diocese over the year – the number of baptisms, marriages and deaths, plus various clergy and vocations statistics. It was a typical junior reporter’s task to harass the directory editor into revealing some kind of story out of the figures – ‘Church in decline’, ‘vocations crisis’, ‘Mass attendances plummet’ etc.

The charge was generally led by Catholic newspapers, but religion correspondents from the mid-market press generally had a nibble as well.

The figures were hugely problematical. At grass roots level the Mass attendance numbers were complied twice a year in parishes by either volunteers with number clickers, or someone being nominated suddenly at the end of Mass to try and headcount the exiting stampede. These inaccuracies aside, the parish priest was then left with a conundrum over the stats – submit a rapidly increasing count and the assumption at the diocese would be that your collections are on the increase, so the parish payment to the diocese would go up; submit a declining Mass attendance figure and you could start the dreaded conversation about parish closure and relocation.

Not surprisingly this dilemma tended to deliver an annual picture of Mass attendance across England and Wales that was remarkably consistent and robust.

In addition, there were also the genuine annual clerical (as in typing) errors, which caused much amusement and attempts at newspaper headlines. I’ll never forget one year when I was called on to explain how the diocese of Arundel and Brighton had opened new 147 convents since the previous directory edition. Then there were the 147,000 Catholic parishioners who mysteriously ‘evaporated’ one year in Portsmouth.

Not surprisingly the Catholic Directory’s general ‘Recapitulation of Statistics’ section was eventually abandoned, and we now tend to rely on information from individual diocese to try and build a picture of tends within the Catholic Church of England & Wales.

As it happens the annual Irish Catholic Directory was also published this week, and they’re still clinging on to publishing stats, which this year have been picked up by The Irish Examiner, who contacted the Association of Catholic Priests (ACP) in Ireland for comment.

The Examiner headline (08 Jan 2022) reads ‘More than 20% of priests and brothers have died in the past three years’, before reporter Neil Michael temps the ACP into declaring that the figures are “shocking”.

ACP member Fr Tim Hazelwood of Cloyne Diocese said: “In Ireland, the Church we knew in the past is dying. That’s the reality. You are seeing the traditional Catholic parish structure disappearing. Covid-19 has accelerated the change, and very quickly, the old traditional way the Church we grew up with is literally dying. There’s a huge change going to happen, and churches will close.”

People far more qualified than I will no doubt analyse the Ireland figures properly, but my calculation gives roughly 1,800 priests serving 1,000 parishes. Yes, many are elderly or already retired, but I’m not seeing church closures or a collapse of parish life. What I am seeing is a fairly urgent need to examine the way in which churches and parish communities are served, and how we distribute the clerical resources we have. That’s certainly a challenge, but a long way off from a crisis.

Here in England & wales most dioceses were aware of this years ago, and are already well advanced with exploring and implementing more creative ways of ensuring that the Catholic community continues to be well-served. The Synodal Pathway that we are all undertaking over the next two years will open that process even further. In a meeting with the Council of Cardinals on 22nd September Pope Francis made the point that this Synod is not about a particular theme but “a way of living the Church marked at all levels by mutual listening and a pastoral attitude.” So its down to us all, at every level of the Church, to be open and constructive about the ways forward.

Just yesterday I was talking to a Liverpool parish priest who has had to self-isolate due to Covid and he’s brought in a priest friend from the Midlands to cover his Masses. Speaking with a prominent member of a religious order last week I was told in no uncertain terms: “tell me where there’s a Mass that needs celebrating, and I’ll have someone there.”

Over the past six months I’ve been updating and editing the 1,000 pages of the annual Official Catholic Directory of England & Wales, and for sure there have been plenty of changes at all levels and in all corners of our Church. And yes, there are more names in the Necrology Section than there are in the Ordinations section, and the Retired Clergy section has expanded significantly (though don’t forget of course that ‘retired’ is not the same as ‘unable to celebrate Mass’). Of course it’s right that our parish priests should enjoy a peaceful retirement if they wish, but priesthood is a deep vocation that isn’t always diminished by retirement or physical frailties.

So it would be wrong to make and assumptions or predictions about numbers, which is why in many ways I was glad to see the back of ‘Recapitulation of Statistics’. It’s also worth remembering that life, progress and the universe isn’t linear. Because certain trends are happening today, that doesn’t mean that they will continue on the same trajectory. In fact, the tendency is towards the opposite – tangential and unexpected events generally arise that throw logic and predictability in entirely unexpected directions. So there’s plenty of hope yet for our Church.

Yes, it would be foolish to ignore declining clergy numbers and the slow progress on vocations, but a ‘zero sum’ isn’t an inevitability, and it’s certainly not a phrase that’s in God’s lexicon.

Joseph Kelly is the founder of www.thecatholicnetwork.co.uk