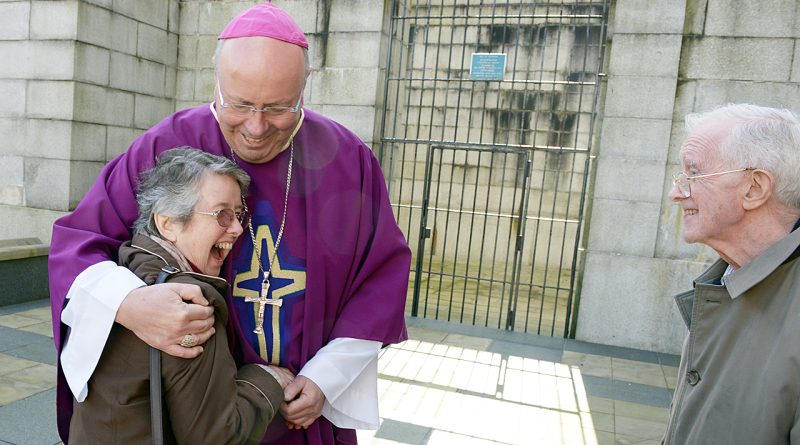 The Archdiocese of Liverpool is to launch its Pastoral Plan for the coming years on the First Sunday of Advent, 28th November 2021.  The plan is the first fruits of the prayer, listening, discerning and planning by people from throughout the archdiocese that formed the Synod which was held in June 2021.

The four years of the Synod took place with the theme ‘Together on the Journey’ as parishioners asked, ‘what kind of Church is God calling us to be’.  As a result, the Synod meeting in June 2021 considered nineteen recommendations which were endorsed by the people of the archdiocese.  The three that received the most votes were concerning evangelisation, lay ministry and young people.

The Most Reverend Malcolm McMahon OP, Archbishop of Liverpool, says, ‘One of the most important aspects of planning is to be open to the unexpected.  The archdiocesan pastoral plan is a plan that lays foundations as well as giving signposts for the future development of the archdiocese.  It is a very rich document which will inspire the work of the archdiocese for many years to come.’

Christ is the centre and heart of the Pastoral Plan which offers four issues that will underpin every part of planning and thinking for the years ahead:

• ‘We must be immersed in the joys and hopes, griefs and anxieties of humanity today.

• We need to be brave and creative in renewing local structures.

• We will develop leadership to attend to changing needs.

• We must make sure that synodality is embedded in every aspect of archdiocesan life.’

These give rise to six areas of development:

In a Pastoral Letter to be read in the archdiocese on the First Sunday of Advent Archbishop McMahon says,

‘The call of Pope Francis, and of popes and ecumenical councils before him, to be a Church which accompanies people, walks with people, is the key change in attitude and approach that I want to place before you.  Walking with others, accompanying others, will influence the way we live and work as Catholic Christians in the archdiocese. It will help us re-think our approach to Catholic life.’

The full Pastoral Plan is available to read at www.liverpoolpastoralplan.org.uk from Sunday 28th November 2021.

One thought on “We need to be a Church that “walks with people” says Archbishop Malcolm McMahon, as Liverpool Pastoral Plan is launched”