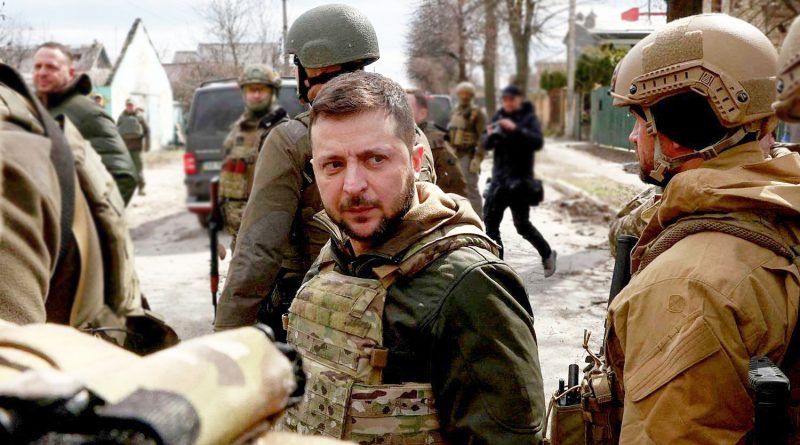 Cardinal Pietro Parolin, the Vatican secretary of state, said it appeared Ukraine could keep Pope Francis safe if he made a wartime trip to Kyiv, but the pope’s safety was not the Vatican’s only concern.

During his trip to Malta April 2-3, Pope Francis had told reporters that a proposal for him to visit Kyiv was “on the table.”

“A trip is not impossible; it can be done. It’s a matter of seeing what consequences this trip would have and assessing whether it would really contribute to ending the war,” Cardinal Parolin told reporters April 7.

However, “the pope would not go to take a position either in favor of one side or the other,” maintaining his practice of condemning the horrors of the war without specifically denouncing Russia, Cardinal Parolin said, according to Vatican News.

And, he said, the Vatican’s “delicate” relationship with the Moscow Patriarchate of the Russian Orthodox Church, which supports Russia’s invasion of Ukraine, “also will have to be taken into account in the overall consideration of the possibility of making the trip or not.”

The Ukrainian government has “given ample assurances that there would be no danger” to the pope in visiting Kyiv, Cardinal Parolin said, pointing out that “other leaders have made and are still making” such visits. The prime ministers of Poland, the Czech Republic and Slovenia visited in mid-March and Roberta Metsola, president of the European Parliament, went April 1.

Andrii Yurash, Ukraine’s ambassador to the Holy See, told the Reuters news agency April 7 that Ukraine would expect Russia to suspend its bombings, at least in central and northern Ukraine, while the pope is there.

Asked about the apparent atrocities committed by Russian soldiers in Bucha and other Ukrainian towns, Cardinal Parolin said, “that one should lash out in such a way against civilians is inexplicable.”

“I truly believe, as has been pointed out by many, that these episodes mark a turning point in this war,” he said. “And I hope that they mark it in a positive sense, that is, that they make everyone reflect on the need to put an end to the fighting as soon as possible, and not that they harden their positions, as some fear.”

The cardinal also was asked about NATO countries sending more weapons to Ukraine.

“The principle of legitimate self-defense” is valid, he said. However, “an armed response in a manner proportional to the aggression, as the Catechism of the Catholic Church teaches us, can lead to an escalation of conflict which can have disastrous and deadly consequences.”

What is needed, he said, is a “return to reason” and “a negotiated way to get off this one-way street.”

Pic: Ukrainian President Volodymyr Zelenskyy looks on as he is surrounded by Ukrainian servicemen as Russia’s invasion of Ukraine continues in Bucha, outside Kyiv, Ukraine, April 4, 2022. (CNS photo/Marko Djurica, Reuters)