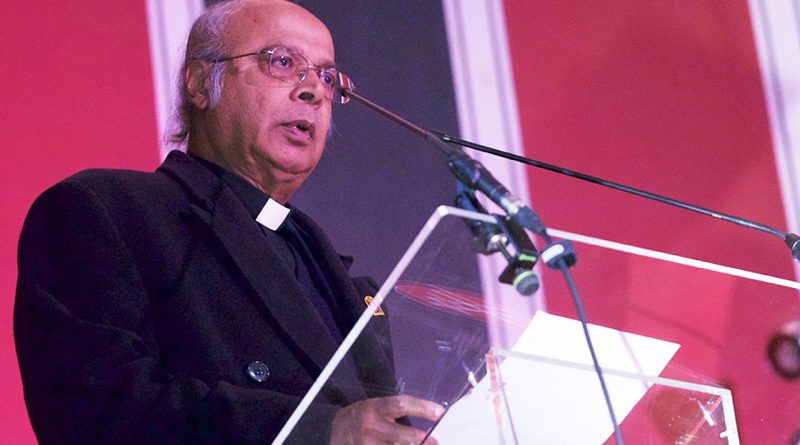 AN urgent appeal to the UN to add forced conversions and forced marriages to the list of crimes committed against women has been made by Father Michael Nazir-Ali at an event held to mark #RedWednesday.

Father Nazir-Ali, former Anglican Bishop of Rochester and now a Catholic priest, made his comments at an event by Catholic charity Aid to the Church in Need (ACN) on sexual violence and persecution of women and girls from Christian and other faith minorities.

Speaking on 24th November at London’s Westminster Cathedral Hall, alongside other experts, and victims of forced conversion, he said: “First of all, there should be pressure on the UN to add forced conversion and forced marriage to the UN’s list of crimes of violence against women. This should be possible to do.”

The priest, a former bishop in Pakistan, where forced conversions are common, added: “It would be a worthy addition to that list, some of the other additions are not as worthy as this one.

“Secondly, the UK government has a number of aid programmes in Pakistan to enhance the position of women. Such programmes…should directly address violence against women, specifically abduction and forced marriage.”

The event marked the launch of ACN’s report Hear Her Cries: The kidnapping, forced conversion and sexual victimisation of Christian women and girls with witness testimonies and other experts speaking.

She said: “We are talking about strategic and targeted efforts to erode minority Christian communities by attacking women. This is a war of attrition against Christians using women.

“Our stories show that women from a variety of economic backgrounds are targeted. What they have in common is that they are Christian and they are girls.”

She added: “It’s not going away, these challenges are increasing. This is truly a global phenomenon…It’s organised, it’s growing and it’s becoming more visible.”

John Pontifex, Head of Press and Information at ACN (UK), and one of the authors of the report, said: “Every day, girls and women go about their lives under the daily threat of being kidnapped, raped, forced to convert and marry their abductor.”

Alongside the report, ACN launched a petition calling on the UN and the UK government to take more effective steps to tackle the epidemic of sexual violence against Christian women and girls, and those of other religious minorities.

AID TO THE CHURCH IN NEED