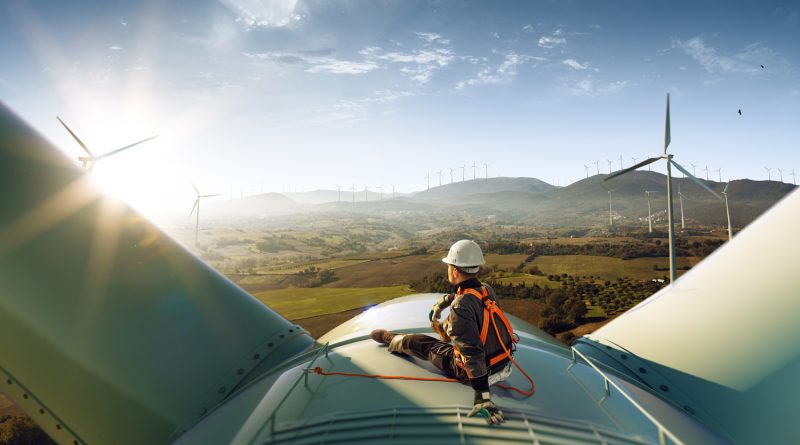 With most of us facing rocketing energy bills and wondering how on earth we’re going to reverse the catastrophic effects of global warming, it was reasonable to hope that the government’s long waited energy strategy would offer us some hope for the future.  Brexit, the pandemic and the war in Ukraine has left a cavernous hole in the country’s finances, and we’re facing epic challenges in securing energy independence as global supply markets convulse and old relationships have to be redrawn.

From the 1960s onwards there’s been increasing rumblings that the world is heading towards a climate catastrophe. Like all such warnings they came mainly from the younger generation; they were the most vocal and active – but were largely ignored. Amongst the power brokers and financiers of the world, there commercial imperatives to proclaim climate scepticism – reversing the decline in global pollution would impact from top to bottom on the lucrative and excessive neoliberal processes of production and consumption.

Way back in the late 1960s the first awakenings of climate activism occurred in response to American underground nuclear testing in Alaska. Thousands protested that this action might cause earthquakes and a tsunami, but the Americans went ahead anyway. There was no tsunami, but the various protests morphed into an iconic organisation we all know as Greenpeace, which today is a global campaigning network with an annual budget of some €270m employing more than 2,400 staff.

Throughout its formative years there were concerted and ruthless efforts to trivialise the concerns of Greenpeace and other similar environmental campaign organisations. Despite the intervening decades, and a growing mountain of scientific evidence on the threat of global warming, the world is still refusing to act to prevent a catastrophe. One only has to look at the spectacular and vacuous failure of last year’s G7 summit in Carbis Bay, Cornwall. Attendees were warned by Sir David Attenborough that we probably only have a decade at most to literally save the planet, but his plea fell on deaf ears. There was some talk of moving away from using coal plants, but little else. Former Prime Minister Gordon Brown quite rightly branded the summit an “unforgiveable moral failure”.

At a closing press conference Prime Minister Boris Johnson hit back at the critics, saying that “great commitments” had been made to “try to” keep global warming below the critical 1.5 degree target, adding that “There has been a fantastic degree of harmony between the leaders of our countries.”

This week’s government energy strategy announcement has its roots in that failed G7 summit, and was conceived as a bold, long-term plan to reduce reliance on carbon-heavy energy sources and shift the country’s focus onto homegrown renewables. The plan was due to be announced weeks ago, but has been delayed by endless internal wrangles about its focus and effectiveness.

Seasoned environmental campaigners have been horrified about the emphasis on new nuclear power stations, with eight  reactors planned and some politicians suggesting that every new city should have its own mini-reactor. There were even been ‘soundings’ stories leaked to the press last week that those finding themselves living near these new reactor sites could be offered a lifetime’s free energy supply if they turned a blind eye to government planning applications.

Elsewhere there was little objection to more solar panel farms and offshore wind farms, but many Tories presiding over upmarket rural constituencies were nervous about voter reactions to more inshore wind farms. There was almost universal dismay and condemnation that ministers have committed to seeking even more oil and gas from the North Sea, when we’ve already extracted enough to destroy the planet, and fracking is back on the agenda. The vexed topic of insulating buildings was ignored completely – maybe with the recent uproar over Insulate Britain campaigners gluing themselves to various bits of the public infrastructure a pledge to support better insulating of our homes would have seemed too like acquiescence. As it happens, grants to properly insulate British homes would make one of the most significant and immediate contributions to reducing our CO2 problem.

Despite the apparent chasm that exists between governments and environmental campaigners, both parties do actually share a fatal commonality – the conviction that everything in our post-millennial consumer society can just roll on as it is, and we just need to find better ways to offset the detritus it produces. This outlook has been called many things – Pope Benedict XVI, writing in his Encyclical Letter Caritas in Veritate (2009), saw it as an aspect of moral relativism, and a dangerous reliance on technocratic ideology. In simple terms, mankind has been relying too much on satisfying its every want, and then relying on science and technology to nullify the consequences.

In layman’s terms, being determined to enjoy every excess and exploit every resource the planet has to offer without concern for the consequences is actually just ‘pure greed’, and is completely unsustainable. The world that God created for us was in a state of perfectly sustainable balance, and our present environmental meltdown is the direct consequence of having disturbed that balance, and having moved away from our closeness to God.

Our last three popes have been particularly prominent in calling for us all to become better stewards of our environment, and to turn our focus from consumption to protection and preservation. In his encyclical Laudato si’ (2015) Pope Francis speaks movingly and urgently about the need for an ‘ecological conversion’: “Humanity is called to recognise the need for changes of lifestyle, production and consumption, in order to combat this warming or at least the human causes which produce or aggravate it,” he says.

But Pope Francis’ Laudato Si’ is no lone appeal for change to protect our environment, it follows on the heels of decades of calls from our Church to modify our individual behaviour to protect rather than harm God’s creation. For Pope Saint John Paul the solution was a resound rejection of consumerism: “In his desire to have and to enjoy rather than to be and to grow, man consumes the resources of the earth and his own life in an excessive and disordered way.” Centesimus Annus (1991).

If you’re wondering how we as individuals can make changes in our lifestlyes and consumption habits that also impact on global decision-makers, a good starting point would be to send clear signals to business that we, as consumers, are no longer prepared goods that carry unacceptable environmental costs. But more deeply we also need to look into our own hearts and start to make choices about whether we need certain goods and services at all. At the heart of this change should be a shift from preoccupation with external goods, to internal goods – replacing waste, overconsumption, self gratification and the accumulation of wealth with a far richer focus on family, God, community and care for our common creation.

If you examine the sub-script of much that government ministers are currently telling us, there’s a pretty clear wash of imagined nostalgia. Just last month the government released its Policy Paper on post-Covid economic recovery and named it Build Back Better. In his Foreword, Boris Johnson waxed lyrical about: “when our great cities built the modern world and the Victorian boom sparked new centres of civic pride, filled with industry and inspiration. In that age of invention no one single place could lay claim to being the cradle of innovation – because brilliant minds were advancing the cause of humanity with their genius in every part of our country.”

The Prime Minister goes on to talk about ‘rebuilding’ Britain’s robust economic past, and ‘levelling up’ the country. What seems to have been forgotten in all this fanciful recreation of history is that it was the Victorian entrepreneurs whose personal greed kickstarted global warming and constructed much of the appalling poverty and social division that is still devastating Britain today.

In the early years of the Victorian boom the Catholic Church in Britain was, in many quarters, impressively vocal in its opposition to free market capitalism and the consequences of neoliberal industrial endeavours. For many the great expanding Victorian smog bound cities, factories and urban neighbourhoods were little less than Sodom and Gomorrah and needed to be escaped as urgently as possible. Organisations like The Catholic Land Movement saw parallels with the biblical flights of the Old Testament and advocated an exodus from our great cities to a simpler and more self-sufficient rural lifestyle centred around family and prayer. In fact the Victorian era is peppered with the (sadly mostly failed) efforts of Christians to establish eco-balanced and spiritually inspired communities free from urban oppression and exploitation.

Over the coming months and years, no doubt there will be regular attempts to rebuild our shattered economy, but it’s vital that legislators don’t seek to recreate an idyll that never existed in the first place. There is really no such thing as ‘levelling up’, social equality and ‘prosperity for everyone’ if that is built on avarice, selfishness and personal greed. The notion that grabbing for the benefit of the few somehow has a trickle-down effect that will ultimately benefit the poorest is the worst kind of fallacy.

As Pope Francis has said: :“Some people continue to defend trickle-down theories which assume that economic growth, encouraged by a free market, will inevitably succeed in bringing about greater justice and inclusiveness in the world. This opinion, which has never been confirmed by the facts, expresses a crude and naïve trust in the goodness of those wielding economic power and in the sacralized workings of the prevailing economic system. Evangelii Gaudium (2013).

Given that we only have a decade or so to save the planet from an irreversible meltdown, the matter of the way we are living our lives has developed a real degree of urgency. As well as being a delicately balanced eco-system, our world is a finite place with finite resources. We simply cannot continue to ruthlessly denude the planet and expect there to be no consequences.

It won’t be easy for present generations to give up on many of the luxuries and lifestyles we have enjoyed over the years, but the future of our planet and our children depends on us modifying and rationalising our overindulgent behaviour sooner rather than later.

4 thoughts on “There’s a chasm between the government’s new energy strategy and the Catholic perspective on climate change, says Joseph Kelly”