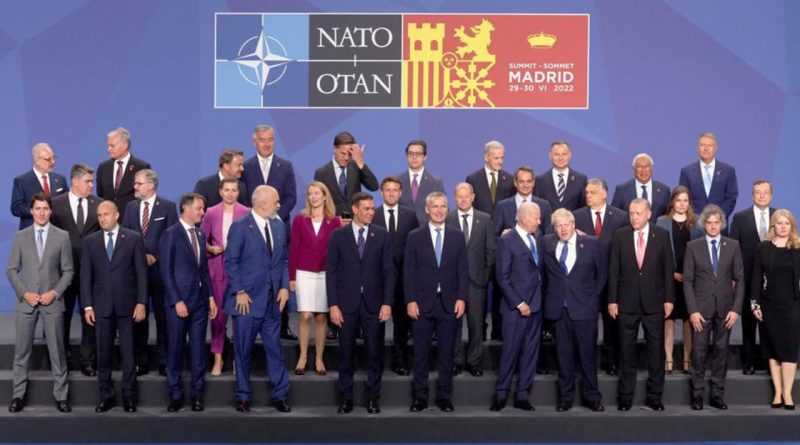 Over the past few weeks I’ve been in Liverpool quite a lot, and a late night stop off on the way home at the Macdonalds in Birkenhead has become something of a shameful habit. Sitting under the big yellow M in the car park you can’t help but be drawn to the imposing silhouette of the mighty Cammell Laird shipyard just over the road.

Like most industrial ports, shipbuilding isn’t what it once was in Birkenhead, but the Laird yard is still a 24 hour cacophony of metallic noise and is lit up every night like a Christmas tree. If you look hard enough through the twilight you can see the great grey profile of HMS Daring, a billion-pound state of the art Class 45 Royal Navy warship that is currently having its power and propulsion systems replaced in a multi-million pound refit that won’t be completed until late next year.

HMS Daring had been languishing in Portsmouth naval base since 2017, and is just the latest of the six state of the art Class 45 ships that have needed a complete rebuild after it was discovered that the vessels were unable to function properly in warmer climates and were so noisy that they could be detected by submarines 100 miles away!

The fixes weren’t minor – and have involved replacing the ships existing two diesel generators with three, as the ships gas turbines experienced problems delivering enough power to their engines in warmer waters.

Alongside the dry-docking of our flagship navy vessels, an internal government document leaked last summer revealed that we also have major problems with our army’s new fleet of armoured vehicles. The flagship £5.5bn Ajax Armoured Vehicle programme –  which the Army describes it as a ‘core capability’ and key to its modernisation – has collapsed into disarray after fundamental faults were admitted with the vehicles. Crews had complained of temporary hearing loss and joint pain due to excessive vibration and the heavily armoured vehicles are unable to drive over even the most modest of obstacles. Defence analysts think it is unlikely that the problems can be resolved and the vehicles are now unlikely to ever enter service.

The debacle has echoes of the RAF’s BEA Systems Nimrod MRA4 – the planned Maritime Patrol Aircraft was riddled with faults and was scrapped in 2010 at a cost of £4bn, without a single aircraft entering service. With a major hole in its air defence systems, the Ministry of Defence was forced to run to Boeing USA to procure nine P8 Poseidons at a further cost to the UK taxpayer of £3bn.

These are just a few examples of the extraordinary incompetence and profligate spending habits of governments when it comes to defence equipment. One might have assumed that when it comes to weaponry that is vital to protect our borders – and our troops who use this equipment – the greatest diligence and expertise would be applied. Sadly, the whole area of military spending has been so saturated with incentives, profits and political rhetoric that the odd multi-billion pound foul-up hardly gets noticed.

Governments are also very well aware that the public is far less likely to cry outrage over incompetent military spending than they would be if a few billion pounds were flushed down the drain in the course of a hospital or school project.

Knowing this, it was no surprise that UK Prime Minister Boris Johnson put on his best Winston Churchill scowl and stiffened his jaw on Wednesday night as he took to the podium to deliver his post-Nato summit news conference in Madrid.

After what had been a bumpy few days on the subject of defence spending and support for the Ukraine war effort, Mr Johnson boasted proudly that the UK will be spending: “2.5% of GDP on defence by the end of the decade”. In epic Churchillian style the PM blustered that the “cost of freedom” is “always worth paying”.

Last year the UK spent £42.4bn on defence (a £2.5bn increase on the previous year) and the “cost of freedom” proposed by Mr Johnson over the next eight years is likely to be an additional £55bn of taxpayer’s money. For comparison the running of the NHS across 2021/22 is likely to be £136.1bn, so it’s not surprising that it’s often argued that defence spending is not a major tax burden, though some basic competence with contracts would improve this even further.

Mr Johnson said yesterday that our country needs to “invest for the long-term in vital capabilities” such as air combat and adapt to “a more dangerous and more competitive world”. Sadly, I’ve no doubt he’s right, as the events in Ukraine over the past few months have demonstrated very graphically. The very nature of warfare has been changed forever by Putin’s invasion. For decades we all lived with the myth that the mighty Russian army was invincible, and the insane global arms race was also delivering every nation with weapons of cutting edge ability and ruthless killing accuracy. What we’ve seen since Putin invaded Ukraine are legions of disabled tanks and obliterated armoured vehicles, downed planes and helicopters, and this week a wobbly, 60 year old missile system incinerating a shopping mall. And everywhere the bodies are piling up on both sides.

The world is now facing the prospect of a long and incredibly costly conflict that is going cripple global economic recovery, and an increasing number of proxy combatants are descending into the most dangerous kind of rhetoric imaginable, far worse and flaky in many ways than the dark old days of the first Cold War.

Last week Pope Francis gave a lengthy and revealing interview to the Jesuit Review La Civilta Cattolica, in which he spoke very candidly about his thoughts on Putin’s war.

“Here there are no metaphysical good guys and bad guys.”

His Holiness was at pains to point out that the world’s media was in danger of portraying the conflict purely in terms of good vs evil, right vs wrong.

“But the danger is that we only see this, which is monstrous, and miss the whole drama that is unfolding behind this war, which was perhaps somehow either provoked or not-prevented,” said Francis.

“I also note the interest in testing and selling weapons. It is very sad, but at the end of the day that is what is at stake”.

The Pope also reminded journalists that other wars are raging – northern Nigeria, northern Congo, Myanmar and the Rohingya “and nobody cares”.

“The world is at war,” the Pope said. “A few years ago, it occurred to me to say that we are experiencing a third world war fought piecemeal. Today, for me, World War III has been declared,” said Francis.

“This is something that should give us pause for thought. What is happening to humanity that has had three world wars in a century? I experienced the first war through the memory of my grandfather on the Piave River. Then the second and now the third. And this is bad for humanity, a calamity. You have to think that in a century there have been three world wars, with all the arms trade behind it!”

Back in Birkenhead, local Labour MP Mick Whitley knows that the arms trade and military spending is a hot political issue. In March Boris Johnson (and Defence Secretary Ben Wallace) paid a visit to the famous Cammell Laird yard where the nation’s latest warships are frantically being rebuilt. Messers Johnson and Wallace chose the Birkenhead yard visit to announce “an ambitious” £4bn shipbuilding plan which Mr Johnson said would see another 130 warships built in the UK over the next 30 years.

The new vessels will include large warships, such as Fleet Solid Support (FSS), Type 26 and Type 31 ships, and Border Force cutters, lighthouse vessels and the new National Flagship, said the Ministry of Defence.

It didn’t escape Mr Whitley’s eagle eye that the deal being proposed was that UK shipbuilders would be allowed to bid for the work, but then subcontract the design and build to overseas companies, thereby guaranteeing cheap labour and a minimum reliance on the UK workforce.

“I’ve consistently called on ministers to adopt a policy of building in Britain by default,” said Mr Whitley.

“There are a wealth of highly-skilled jobs, training opportunities, and skills in British shipbuilding and shipyards like Cammell Laird have a vital role to play in levelling-up left-behind towns like Birkenhead … but the Government is set to continue selling out British shipyards by sending work abroad.

“Building in Britain isn’t just about protecting jobs and work, it’s also vital to safeguarding our national security in a fast-changing and increasingly volatile world”.

Unfortunately, the discussions and outcomes presented after both the G7 and NATO summits this month did little to defuse this volatility. If anything, the photo-ops and press statements have just underscored the increasing disconnect between a small group of rich liberal democracies and the rest of the world.

The increasing shift towards painting global politics as a conflict between free nations and “authoritarian regimes” (China and Russia were mentioned specifically in this context) is only serving to harden difference, rather than the desperately urgent need to be building dialogue and reconciliation.

The fact that we are now having to throw good money after bad in an attempt to rebuild our dismembered military defence capability – when this would be far better spent on urgent home issues – will also send out very unhelpful messages to those convinced the West is intent on global domination.

A meaningful and equally public commitment to promoting global peace strategies, human dignity and dialogue between all nations would do a great deal more to diffuse our increasingly unstable world.

One thought on “The UK’s ramshackle approach to defence spending is doing little to encourage a safer world, says Joseph Kelly”