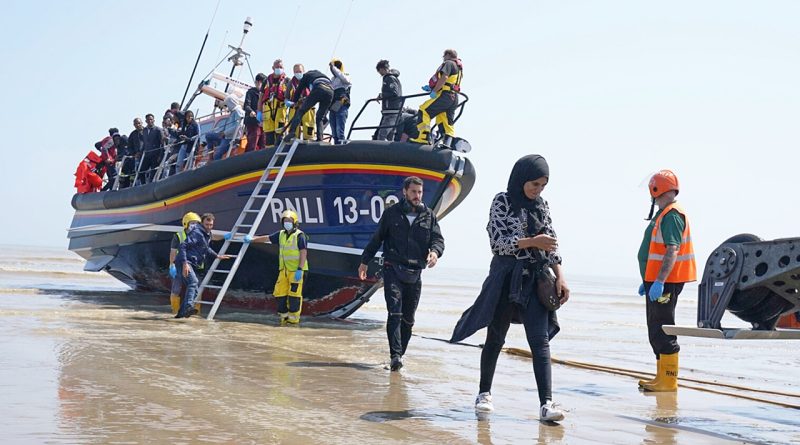 Government plans to send asylum seekers to Rwanda for processing are “inhuman” and a punitive move for people that have already gone through so much already, says the St Vincent de Paul Society (SVP).

The plans are part of the government’s Nationality and Borders Bill, which is due to be debated and voted on by MPs in the Commons next week. The SVP has been campaigning against a number of measures in the proposed Bill and is urging the government to embed principles of welcome, protection and integration into its asylum policy.

The SVP states that no one should have to risk their life in search of sanctuary, however many people don’t have an option as the government’s proposed Bill does not offer safe routes for some of the most vulnerable people who need protection. The government’s plan to expand the number of immigration centres in the UK is also a cause for concern.

The SVP is calling for a compassionate and fair asylum system which treats people as humans. Dispatching people who need safety and deserve dignity to detention centres in a country 4,000 miles away indefinitely leaves them isolated, separated from family and in limbo about their future.

The SVP also has concerns about Rwanda’s track record on human rights. According to Amnesty International’s report on Rwanda’s human rights situation, there were “violations of the rights to a fair trial, freedom of expression and privacy continued, alongside enforced disappearances, allegations of torture and excessive use of force.” The United Nations refugee agency, the UNHCR has expressed concern over the plans.

SVP National President Helen O’Shea says: “The government’s Migration and Economic Development Partnership with Rwanda will see people arriving in the UK, who have already made an arduous and often highly dangerous journey, pushed to another country half-way across the world. This is inhuman. These people deserve our compassion and welcome, not disdain and contempt.

“In these times of war and global suffering, we urge the government to rethink the Nationality and Borders Bill, and refocus on human dignity.”