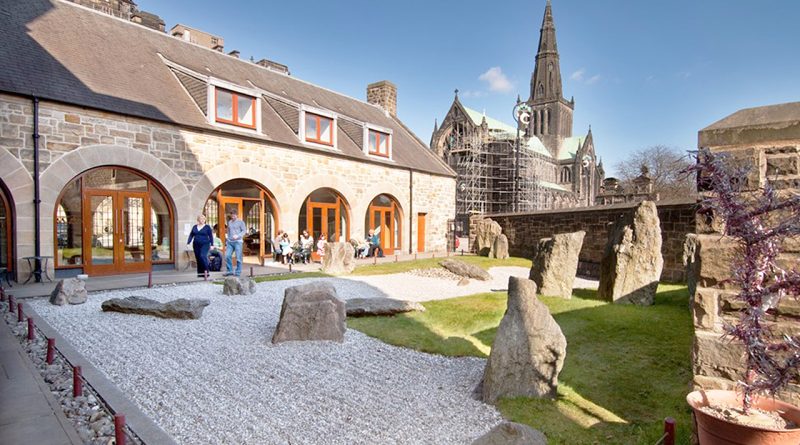 Glasgow’s St Mungo Museum of Religious Life and Art is unique within the British Isles. It is the only museum dedicated to the dialogue between art and religion, housing religious artefacts from different traditions and eras.

From its opening in 1993, the museum was involved with different religious communities, turning it into a space of spiritual experience and genuine interfaith dialogue. It is not simply a museum that houses artefacts, but a living symbol of religious diversity and multicultural Britain.

In March 2020 the museum, like many others, closed due to COVID-19. But, as restrictions lifted and places started to reopen, St Mungo was threatened with permanent closure following funding cuts and a significant loss of income. Good news came on March 4, in the form of promised funding from Glasgow City Council. It was a response, in part, to a powerful petition.

Museums enrich the cultural life of a place and concerted efforts have been made following the the pandemic to reflect on their value, and the deprivation caused by their closure. But St Mungo is more than a museum, and its uniqueness prompts reflection.

It contains religious artefacts from different religious traditions and periods in displays that provide contextual understanding of religion. The artefacts function educationally but are also interpreted ritually/devotionally by those within the respective faith communities.

This means they open up a space for spiritual engagement and worship. This came about partly because of the active involvement of faith communities in the creation of the museum, in particular the six world religions that are practised in Scotland: Buddhism, Christianity, Hinduism, Islam, Judaism and Sikhism.

From the outset, the purpose entailed more than the compilation of artefacts to create a dynamic space of lived religion. The installation of partitions, plinths and other similar devices enabled appropriate viewing spaces and fostered spiritual engagement. 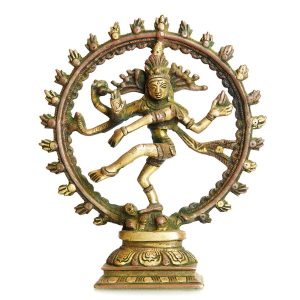 The raising of the bronze statue of Lord Shiva of Nataraja off the floor on to a plinth is a valuable case in point. As a sacred Hindu artefact and object of devotion, it had to be treated with reverence. Recommended by the Hindu community, it conveyed the importance of statues of deities being elevated from the floor.

This raises the question of the boundaries between the aesthetic and the sacred, pointing to the multifaceted nature of exhibits. Members of the Jewish community helped acquire the painting The Sabbath Candles by Dora Holzhandler. The painting brings together the different threads of the symbolic and spiritual act of the lighting of Sabbath candles with the gathering together of family in worship.

The museum is quintessentially important as a symbol of interfaith dialogue. From its inception, individual faith communities and educational advisors were consulted throughout various processes, including the acquisition of artefacts that represent their faiths or practices, the reach of which was global.

While religion was widely explored historically and geographically, the museum also centred on the experience of religions active within Scottish life. Creative decisions were made about featuring religions that opposed figurative or iconographic representation. One such example was the painting The Attributes of Divine Perception, by the Islamic artist Ahmed Moustafa, which unifies the great Islamic traditions of calligraphy and geometry to evoke the greatness of God. 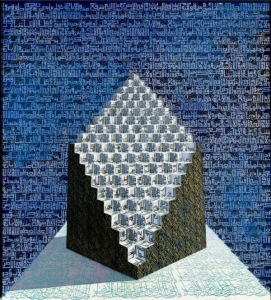 The Attributes of Divine Perception by Ahnmed Moustafa. St Mungo Museum of Religious LIfe and Art

A living museum of religion

Religion will always be a contentious subject. St Mungo’s status as a living museum of religion has made it subject to attack, with dissension over questions about representation. Criticism of the exclusion of particular faiths, such as Baha’i, or their lack of representation in a museum of religion is inevitable, but has been addressed in proposals for temporary exhibitions.

So too is the exploration of the more negative aspects of religion including its role in war and the oppression of minority groups. One of the most fraught instances of this involved the overturning of the museum’s Shiva statue by a Christian evangelical, armed with bible in hand – his “weapon” of choice.

The global engagement of religion in museum collections is not new, but what is truly unique about St Mungo is the dynamic and consultative way in which the local faith communities were integral to the shaping of what the museum has come to stand for conceptually. This is denoted by the second part of its title: Religious Life and Art – that is, the objects used by individuals in their daily worship.

The museum approached each community in turn to discuss the acquisition of works from their faith, how they should be displayed, and other pertinent issues. This was seen to be more authentic in that it respected the fact that each religion had different needs and concerns, and did not impose a one-size-fits-all strategy.

This stand-out approach should be observed by those working to decolonise the museum space. It remains a model for other museums of this kind in the challenges it set itself and the questions it sought to answer.

And in keeping with its mission of reflecting religion as it is lived in ordinary everyday lives, it will continue to evolve, its efforts ongoing to foster understanding, tolerance and common ground.

Professor of Visual Culture and Theory,
and Acting Head of Department in Art and Communications,
University of Huddersfield