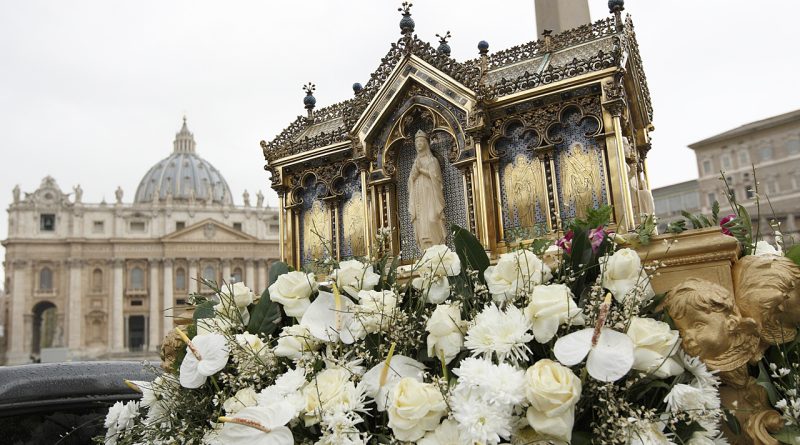 The sacred relics of St Bernadette of Lourdes are to visit Shrewsbury and Chester in September as part of a tour of Great Britain.

They will be brought to Shrewsbury Cathedral at 1pm on Tuesday September 13 where they will remain until 9am the following day.

On departing from Shrewsbury Cathedral on Wednesday September 14, the relics will be driven to St Werburgh’s Church in Chester city centre where they will be made available for public veneration from 10am until 4pm.

They will be present at the Cathedral for Mass at 7pm on the Tuesday and at St Werburgh’s for the 12 noon daily Mass the following day.

Members of the public will be invited to enter both venues to venerate the relics and offer silent prayers in their presence. 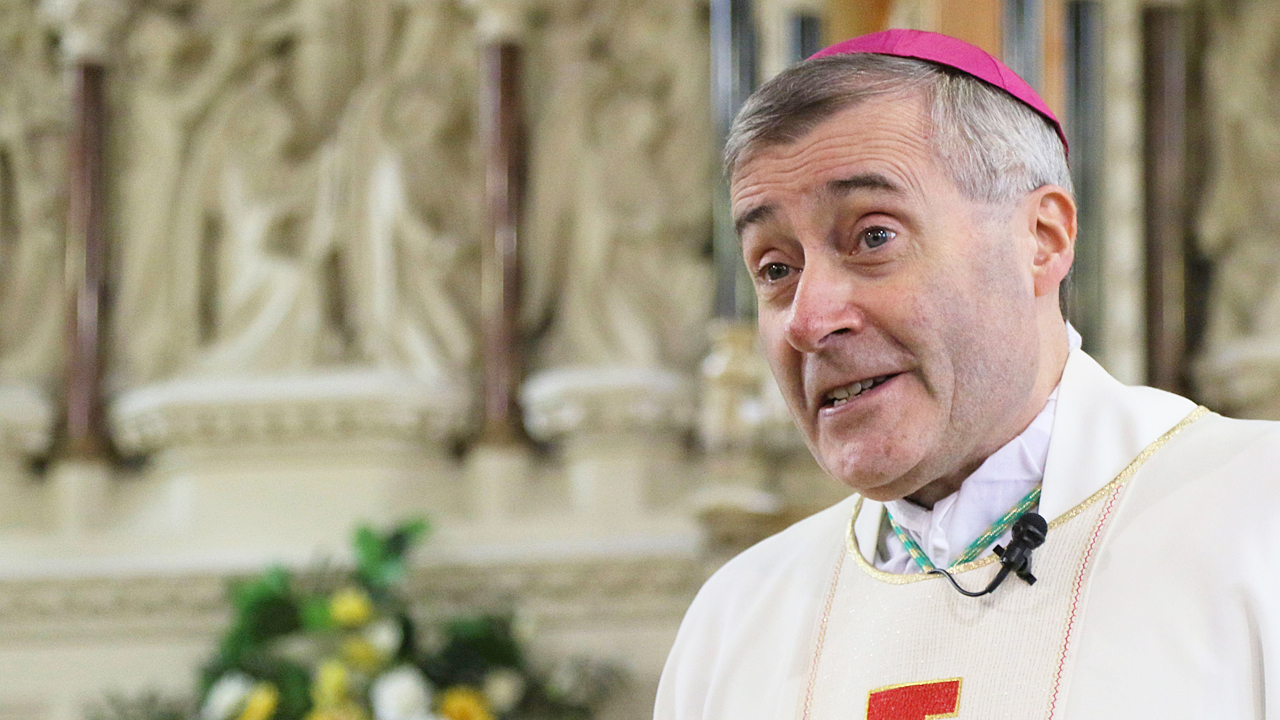 The Rt Rev. Mark Davies (above), the Bishop of Shrewsbury, said: “We look forward to the visit of the relics of Saint Bernadette of Lourdes to Shrewsbury and Chester.

“The relics come as an invitation to prayer and to continuing conversion at the end of two years of pandemic and lockdown.

“This pilgrimage will lead us to remember those like Bernadette herself who in poverty and sickness are left on the margins of society.

“The powerful message of her life echoes the Gospel, reminding us of the value of every human person in the sight of Heaven.”

Overall, the relics of St Bernadette will be in England, Scotland and Wales from September 3 until September 30.

The dates and venues of the tour have been agreed by the bishops of all three countries – and besides cathedrals and major churches will include a visit to Wormwood Scrubs prison in west London, St Mary’s University in Twickenham, London, and several hospices. There will also be an ecumenical event involving the relics in Liverpool.

The relics involve fragments of two ribs, the saint’s kneecaps, muscle from the right thigh, and other muscle, skin and hair tissue, which are kept in a reliquary.

Cardinal Vincent Nichols, the Archbishop of Westminster, told journalists on Monday that the tour will begin at Westminster Cathedral, London, where the relics will be available for veneration from September 3-5.

Cardinal Nichols said: “There are two objectives in this – one is to encourage people to come into church again and to enter into the spirit of the simplicity of Bernadette’s life and openness to God.

“The second is obviously to enter into the practice of pilgrimages to Lourdes itself.”

The Cardinal continued: “The message of Lourdes is very remarkable. I can put it in a story like this – Lourdes is the only place I have ever been where if you go into a bar with people in wheelchairs then the barmen will move the tables and chairs out of the way to give access to the wheelchairs.

“There is a certain turning on the head of contemporary priorities when you go to Lourdes that is strengthening and affirming for many people.”

The tour will give British Catholics the chance to make a personal pilgrimage to the French saint, to venerate her relics and to pray for her intercession.

In 2012 the relic of the heart of St John Vianney, the patron of parish priests, was brought to the Diocese of Shrewsbury, and neighbouring dioceses, in a highly successful tour aimed at helping young people to discern their vocations.

Three years earlier the visit of the relics of St Thérèse of Lisieux to Britain attracted a quarter of a million people to queue up to pray at the side of the casket of the “Little Flower”.