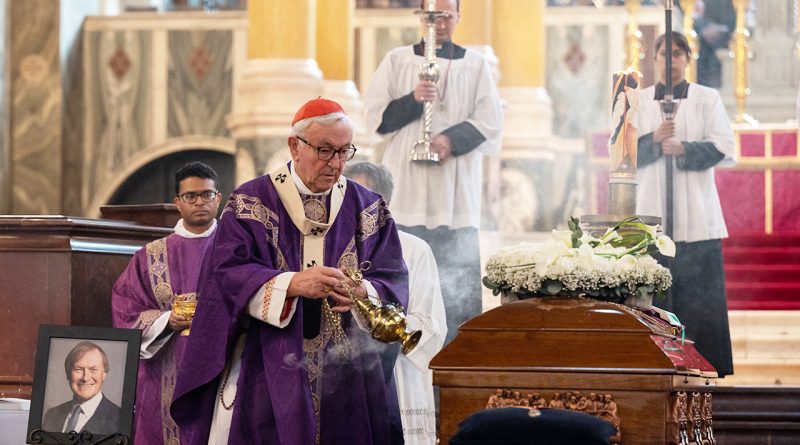 Pope Francis has paid a personal tribute to the Catholic MP Sir David Amess, who was brutally murdered on 15th October.

The message was read out by His Excellency Archbishop Claudio Gugerotti, the Apostolic Nuncio to Great Britain, during the Funeral Mass at Westminster Cathedral this morning,

Addressed to The most Reverend Alan Williams, Bishop of Brentwood, where Mr Amess resided, the pope said:

Saddened by the tragic death of Sir David Amess, His Holiness Pope Francis asks you to convey his heartfelt condolences and the assurance of his spiritual closeness to the Amess family. His Holiness recalls with gratitude Sir David’s years of devoted public service guided by his strong Catholic faith and evidenced in his deep concern for the poor and the disadvantaged, his commitment to the defence of God’s gift of life and his efforts to foster understanding and cooperation with the Holy See in its universal mission.

Commending Sir David’s soul to the loving mercy of Jesus Christ our Saviour, the Holy Father prays that all who honour his memory will be confirmed in the resolve to reject the ways of violence, to combat evil with good (cf. Rom. 12:21) and to help build a society of ever greater justice, fraternity and solidarity.

The letter was signed on behalf of Pope Francis by Cardinal Pietro Parolin, the Vatican Secretary of State.