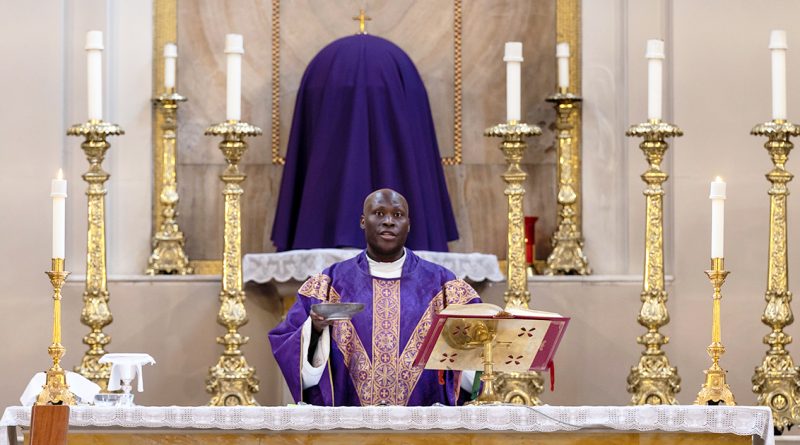 Pope Francis has appointed Monsignor John Mbinda C.S.Sp. as Bishop of the Diocese of Lodwar in Kenya.

Monsignor Mbinda, former Provincial Superior of the Congregation of the Holy Spirit in Kenya and South Sudan, has been serving as an assistant priest at Our Lady of Grace and St Edward in Chiswick, west London.

Prior to this, he served at St Chad’s Church in South Norwood – a Spiritan parish in the Archdiocese of Southwark.

Monsignor John Mbinda, C.S.Sp., was born on 5 May 1973 in Machakos, in the Diocese of the same name. After attending the Pope Paul VI Junior Seminary in the Diocese of Machakos (1989-1992), he entered the Congregation of the Holy Spirit, the Spiritans, making his perpetual vows on 12 October 2001.

He studied Philosophy (1993-1996) at the Spiritan Missionary Seminary in Tanzania and Theology at Tangaza University College in Nairobi (1997-2002).

Ordained a priest on 18 May 2002, he subsequently held the following positions:

Parish Vicar of the Tangulbei Catholic Mission (2002-2004) and Parish Priest of the Kositei Catholic Mission in the Diocese of Nakuru (2004-2008); Master’s Degree in Development Studies from the Kimmage Development Studies Centre, Ireland (2008-2010); Parish Priest of St. Austin’s Parish in the Metropolitan Archdiocese of Nairobi and Head of the Development Office of his Congregation (2010-2015); Provincial Superior of the Congregation of the Holy Spirit in Kenya and South Sudan (2015-2021).

Since August 2021 he has so far spent a sabbatical in the Archdiocese of Southwark, England, and has been Parish Assistant in St. Chad’s Parish, South Norwood, entrusted to the Spirit Fathers.

In addition, he was Professor at Tangaza University College (2014-2017); President of the Union of the Circumscriptions of the Congregation of the Holy Ghost in East Africa – UCEAF (2015-2016) and Consultor for the Metropolitan Archdiocese of Nairobi (2016-2020).

Monsignor Mbinda was serving as Assistant Priest at Our Lady of Grace and St Edward in Chiswick, west London before the Episcopal appointment.

Bishop-elect Mbinda talks to the Bishops’ Conference about his sabbatical in England, his reaction to the news and tells us a litle bit about the Catholic Church in Kenya.