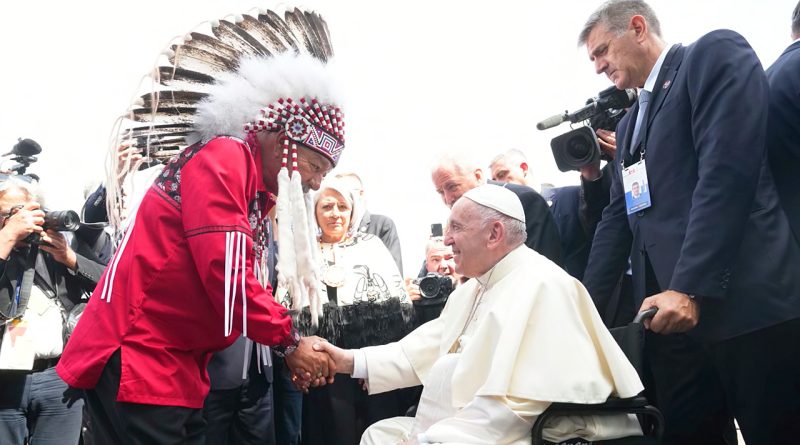 Pope Francis said on Wednesday that Canada is in the process of “writing a new page” in the relationship between the Catholic Church and indigenous peoples.

Speaking during his general audience in Vatican City on 3rd Aug, the Pope said that his pastoral visit to Canada last week was “a different journey” from the other 36 international trips of his pontificate.

“There were many joyful moments, but the sense and tone, on the whole, was one of reflection, repentance, and reconciliation,” he reflected.

The pope told the crowd that his main motivation for the 24th-29th July trip to Edmonton, Québec, and Iqaluit was to be close to the indigenous peoples and “to ask for forgiveness … for the harm done to them by those Christians, including many Catholics, who in the past collaborated in the forced assimilation and enfranchisement policies of the governments of the time.”

“In this sense, Canada has embarked on the process of writing a new page, an important page, in the journey that the Church has been making together with the indigenous peoples for some time,” Francis added.

“From this journey of memory, reconciliation, and healing springs hope for the Church, in Canada and everywhere,” he said.

Pope Francis walked into Paul VI Hall for his Wednesday audience using a cane without assistance. The crowd cheered as the pope slowly made his way across the stage.

The audience occurred four days after his return to Rome from the week-long trip to Canada — a trip which the pope said made him realize that he may need to slow down a bit with his travel schedule due to his health.

At the end of the audience, the pope offered a prayer for Lebanon, a country that he was expected to visit in June until the visit was “delayed for health reasons.”

Pope Francis also took time to greet and offer blessings to those in the crowd using a wheelchair. Among those present in the hall for the pope’s audience was a group of indigenous people.

A group of children in bright t-shirts also sat at the front of the audience hall. The kids have been taking part in the Vatican’s annual summer camp, which is only open to the children of Vatican City State employees.

Pope Francis said that he saw a sign of hope particularly in his last meeting with the young and the elderly together “in the land of the Inuit.”

“Also in Canada, this is a key combination, it is a sign of the times: young and old in dialogue to walk together in history between memory and prophecy,” he said.

“May the fortitude and pacific action of the indigenous peoples of Canada be an example for all indigenous peoples not to close themselves up, but to offer their indispensable contribution for a more fraternal humanity, that knows how to love creation and the Creator, in harmony with creation, in harmony between you all.” 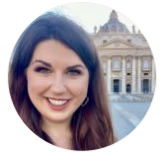 Courtney Mares is a Rome Correspondent for Catholic News Agency. A graduate of Harvard University, she has reported from news bureaus on three continents and was awarded the Gardner Fellowship for her work with North Korean refugees.