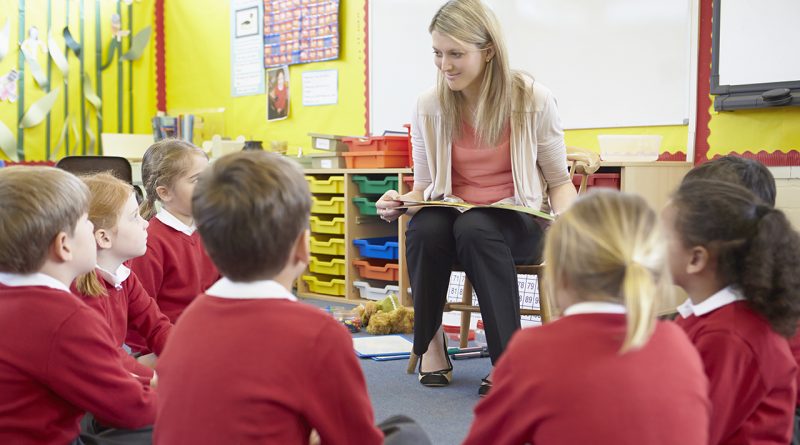 England has had a schools inspectorate since 1839, first in the form of Her Majesty’s Inspectorate of Schools and, since 1992, in the form of the Office for Standards in Education, Children’s Services and Skills (Ofsted). Our recently published research examines how the inspectorate has policed language in schools, enforcing a particular idea of “correct” spoken English on teachers and children.

We investigated judgements made about the speech of teachers and young people in inspection reports for primary and secondary schools, looking at both historical reports, dating from 1839 to 1993, and contemporary ones, from 2000 to the present.

From a random sample of 3,000 reports out of a total of 102,000, we found that language policing is a normalised part of the inspectorate’s work, especially for social groups who are marginalised in terms of race and class.

Judgements about language are shaped by beliefs about what counts as “good”, “standard” or “proper” language, and which social groups speak in “better” or “worse” ways. Educational linguists have long shown that judgements about what is “good” English are based on the language practices of the white middle classes.

These ideas are embedded in schools. They perpetuate the belief that what is “correct” is the language used by the most powerful members of society.

The relationship between language, schools, status and whiteness is especially important when considering that the majority of Ofsted inspectors are white and economically privileged.

According to their latest figures, around 89% of Ofsted inspectors are white (this is slightly higher than the 86% of the population of England and Wales that is white). Inspectors earn an annual salary of around £70,000. As such, their judgements about language are made through ears which reflect this privileged position within society.

Our historical data showed that negative judgements about speech have been a part of the inspectorate’s work since its formation. In a report from 1867, inspectors wrote that “many of the children are illiterate in regard to patterns of speech”. An 1899 report stated that “much needs to be done to cultivate the pronunciation of boys and to highlight deficiencies in speech”.

These same ideologies are found in Ofsted’s recent work. Our searches revealed a huge number of reports where the inspectorate criticise teachers and pupils for speaking in “non-standard English”, while offering praise to schools where “non-standard” dialects and accents have been banned.

A 2018 report of a school described how “some teachers model incorrect grammar in their spoken English”, whilst a 2016 report noted how “adults use slang”. A 2013 report highlighted that “in the best lessons, teachers reference the need for standard English and students are provided with a list of banned words”.

In a 2019 report, Ofsted criticised a school on the grounds that:

Some adults have weak spoken standard English and grammar […] Too many staff make errors in their standard spoken English when they teach. In some cases, this means that they model bad habits or teach incorrect grammar. Leaders should make sure that all staff, when they teach, use correct standard English. Leaders need to ensure consistency to avoid confusing the children. Staff need to do more to correct pupils’ poor language or vocabulary.

The most hostile comments about language were made in relation to schools serving children from ethnic minority and low income backgrounds. A 2003 report of a school in Birmingham criticised how there was a “significant proportion of children who do not know or use standard English” and “insufficient follow-up to brief, grammatically incorrect or otherwise imperfect spoken responses”.

A 2000 report of a school in one of the most economically deprived areas of Manchester and serving a majority Black Caribbean community drew links between low academic ability and the presence of classed and racialised language, in a clear example of accent-based discrimination:

By the age of eleven, many pupils have fallen behind, and are not achieving satisfactorily, particularly the boys. The more able pupils are mainly speaking standard English in school, with sound pronunciation and good sense. A few pupils lack clarity in their speech which results in some confusion in the way they say “t” and “th”, as “d” or “f”.

A focus on “standard English” is justified by Ofsted as a means of giving pupils access to academic success and employment opportunities. However, when pupils are made to feel self-conscious about their language, they may become reluctant to participate in classroom discussion, missing out on important opportunities to refine their thinking through dialogue.

Insisting that speakers of “non-standard” language modify their speech towards an idealised standard will only ever make inequalities worse. This approach requires that marginalised speakers abandon their own language and conform to white middle-class norms. In short, it keeps the powerful in power whilst maintaining social hierarchies built on race and class.

Our research exposes structural and institutionalised discrimination against low-income and racialised communities within the inspectorate’s work. We suggest that Ofsted needs to change the way it listens, rather than asking young people and teachers to change the way they speak.