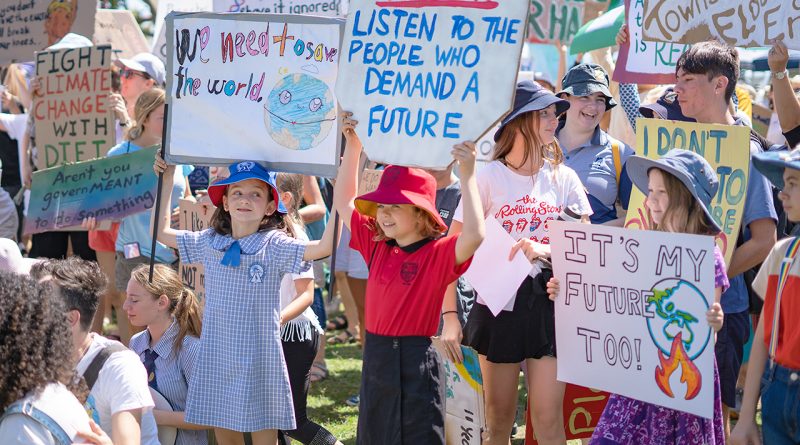 If you have time, it’s is actually worth reading through the new Political impartiality in schools guidelines issued today by the government. I’ll come to the specifics in a moment but there’s a whole initial question here about whether or not the government should be issuing this kind of advice at all. Yes, educators need to be aware of the legal requirements regarding impartiality when it comes to teaching subjects, but issues like tolerance, respect and inclusivity are value judgements and relativisms that are not so easily defined, or arbitrated for. As such these are matters of individual judgement and the exercise of hard-won liberties, so any attempt at government incursion in these areas ought to be resisted.

In his introduction the Secretary of State for Education, Nadhim Zahawi, claims that in recent years educators to all age groups have been struggling to teach effectively, sensitively and impartially about political issues and movements. Hence the government is publishing: “clear guidance explaining schools’ existing legal duties on political impartiality … [to] help them put in place the necessary processes to ensure adherence going forward.”

“Parents and carers want to be sure that their children can learn about political issues and begin to form their own independent opinions, without being influenced by the personal views of those teaching them. I know teachers themselves feel similarly,” says Mr Zahawi.

I’m not sure where he gets this idea from, but it certainly doesn’t reflect my conversations with teachers or parents.

I’m also struggling with this new concept of ‘neutered’ education, as my education took place across the 1960s-70s – an equally turbulent political and social era when it was just as essential that schooling included an element of political awareness-raising. Back then it was not only assumed that teachers would comment on current affairs, but that they’d express strong personal views on hot topics. Education and understanding was accumulated through exposure to a range of these strong views and you were expected to digest all and then come to your own conclusions.

Of course this led to prejudices circulating, and some fairly misinformed youngsters, but the journey to adulthood and exposure to wider society generally tempered such errors. Across the 1960s and 70s in particular inclusion and tolerance became bywords for many socio-political movements – anti-nuclear, feminist, environmental, labour, human welfare. Sadly there’s a prevalence at the moment to reconstruct these decades as somehow morally deficient and aimless, or even as having encouraged the current era of increasing social and political intolerance, prejudice and exclusion.

The ills of today actually have very little to do with people’s social attitudes, which remain primarily benevolent and neighbourly. They’re largely the result of relentless government interference with our private lives and unwelcome efforts to shape and restrict both our private thinking, and our attitudes to others. Such societal manipulation generally creates the opposite effect to its intention, and leads to an increase in the very prejudices such laws were intended to eliminate.

The relentless incursion of government into our private lives over recent years has caused such a fracture between public comment and privately held views that it has become almost impossible to know the extent of any opinion. Introducing further restrictions into schools will only add to this problem if the educational process becomes further anesthetised.

Mr Zahawi says that these new guidelines will not ‘seek to limit the range of political issues that schools can teach about’ but the content of the paper reveals a determination to dampen the way in which controversies are presented. Last year the education select committee advised schools to avoid terms like “white privilege”, as it was argued that this was a divisive term. It may well be, but it’s a valid term and surely it needs to be discussed candidly by educators and their pupils if we’re to build a better world?

This latest document cautions teachers against talking about movements that may cover ‘partisan political views’ and in this context it mentions specifically Black Lives Matter.

“These are views which go beyond the basic shared principle that racism is unacceptable, which is a view schools should reinforce. Examples of such partisan political views include advocating specific views on how government resources should be used to address social issues, including withdrawing funding from the police.

“ Partisan political views must not be promoted to pupils, including by encouraging pupils to support campaign groups advocating such views,” says the document.

The mention of police funding here is deeply worrying, as is the call for teachers not to encourage pupils to support organisations with partisan political views. This is a huge step beyond promoting good behaviour and equality, it is the government starting to dictate thought processes and the manipulation – or restriction – of certain types of political behaviour.

The problem is with the phrase ‘partisan political views’ as this term is highly relative, and open to any kind of interpretation – the first red light against freedom of expression. If Black Lives Matters is being defined as questionable politics, where might that leave the pro-life movement, Catholic charities helping the poor and homeless, overseas aid organisations or even Catholic education, which we often (quite rightly) promote as being ‘better’ than a state education?

Does the government expect us to hand out loaves of bread but say nothing about the causes of poverty, to send aid overseas but not comment on the government’s reluctance to do so? Well, of course it does – and it’s intentionally targeting the next generation in an attempt to ensure that our educators don’t corrupt young minds with dangerous ideas about political action, social justice and building a better world, unless of course it’s to the prescribed government model.

From my experience, educators and (here we go) Catholic educators in particular have always been acutely aware of their responsibility to provide a balanced and informed education to their charges to enable them to reach the full height of their potential. This latest game of obfuscation will only serve to undermine our educators further and the eradication of vigorous and honest debate and discussions in our classrooms will make teachers far more reluctant to engage such issues and prejudices.

In an education system that is already floundering badly for all sorts of reasons, this kind of unwelcome legislation will only decrease students’ engagement with learning at a time when we desperately need to stimulate it.

Joseph Kelly is a Catholic writer and founder of www.thecatholicnetwork.co.uk