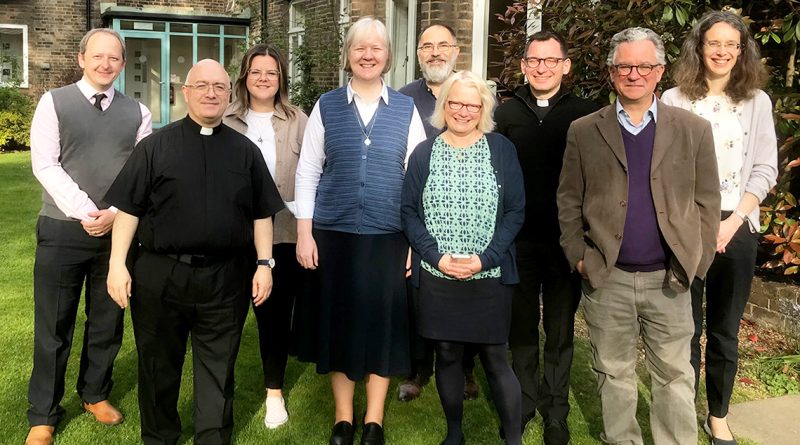 The Diocesan Syntheses, the ‘local’ part of the Synodal process, were submitted to the Bishops’ Conference of England and Wales on the Friday before Holy Week as part of the two-year process requested by Pope Francis for the Catholic Church.

Now, having received each document from the dioceses, along with submissions from national Catholic organisations and other bodies, a National Synthesis Team has started work discerning and drafting the national synthesis for England and Wales that will be sent to the Synod Office in Rome by 15 August 2022.

The National Synthesis Team met from 27-28 April to begin its work so that an ‘initial findings’ report can be given to the Plenary Assembly of the Bishops’ Conference that meets in Cardiff from 2 – 6 May.

The work will continue between now and 1 June when a national synod gathering of bishops and lay people who helped produce the submissions received by the Conference will take place in St George’s Cathedral, Southwark. A first draft of the national synthesis will be considered on this day.

Taking into account the reflections, thoughts and conversations in Southwark, the National Synthesis Team will continue its work and present a second draft of the national synthesis in May 2022 to an additional Plenary Assembly of the Bishops’ Conference for their consideration.

Following this meeting, to be held on 28 June in Westminster, a final draft will be presented to the Bishops for their assent for submission to Rome by the 15 August deadline.

Members of the National Synthesis Team are:

Episcopal oversight of this work will be given by:

From left to right: