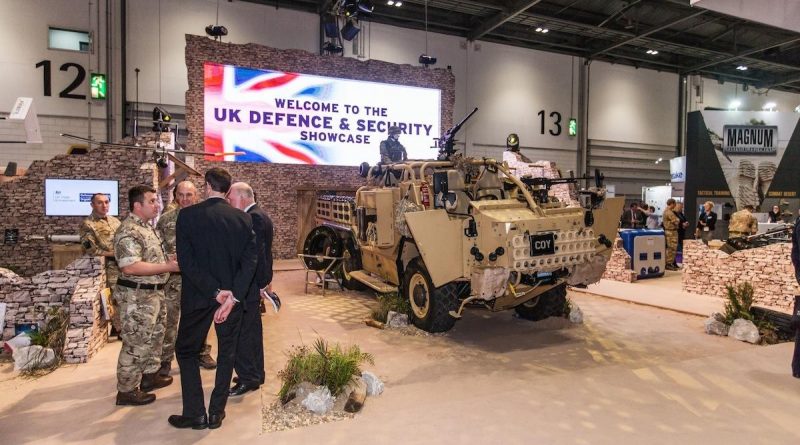 A major arms fair in London has drawn fire from Catholic bishops and justice and peace groups who say the trade in weaponry fuels conflict around the world.

In a joint statement, they criticized the DSEI arms fair, which will bring together more than 1,600 companies that develop, manufacture and sell a vast range of weaponry.

They said such events, which will run at London’s Docklands Sept. 14-17, were part of a trade that Pope Francis had claimed was “drenched in blood.”

“We recognize the right of every country to defend itself against attack, but we must never ignore, or allow ourselves to become complicit in, the destruction of human life and violations of human dignity made possible by the sale of weaponry,” said the Sept. 7 joint statement.

“The conflicts fueled by this trade harm the poorest communities, force people to flee their homes as refugees, and have devastating consequences for our environment,” it said.

“We stand alongside all those people of goodwill who are peacefully campaigning against the arms trade and join in prayer with the Holy Father that our leaders may commit themselves to ending it, in pursuit of peace and care for our whole human family.”

The statement was signed by Bishop Declan Lang of Clifton, chair of the Department of International Affairs of the Bishops’ Conference of England and Wales; Bishop William Nolan of Galloway, Scotland, president of Justice and Peace Scotland; retired Auxiliary Bishop William Kenney of Birmingham, lead English bishop for peace and disarmament issues; and Auxiliary Bishop Paul McAleenan of Westminster, lead bishop for migrants and refugees.

It was also signed by representatives of Catholic peace groups, Pax Christi England and Wales and Pax Christi Scotland; Catholic overseas development agencies CAFOD and the Scottish Catholic International Aid Fund; and by the leader of the National Justice and Peace Network.

The DSEI arms fair, one of the largest in the world, is supported by the U.K. Ministry of Defence and by the U.K. Defence and Security Exports, part of the government’s department for international trade.

On its website, it claims to connect “governments, national armed forces, industry thought leaders and the entire defense and security supply chain on a global scale.”

An estimated 30,000 delegates will attend the event, which will exhibit weapons from tanks and sniper rifles and provide the opportunity to discuss the possible sales of combat aircraft and warships.