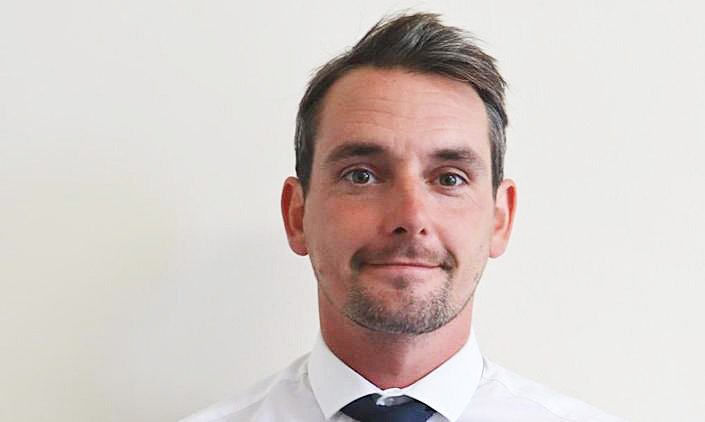 A UK PE teacher who has pioneered new ways of teaching sports to visually impaired children at a special needs school in Liverpool has been shortlisted for this year’s prestigious global teacher prize.

David Swanston, a teacher at St Vincent’s school, is in the final 10 out of 8,000 nominations and applications for this year’s $1m (£730,000) award, which is intended to showcase the work teachers do preparing young people for their future. It is funded by the Varkey Foundation and endorsed by Unesco.

He is joined by Elliott Lancaster, a 24-year-old postgraduate student at Keele University, who is shortlisted for the first global student prize, a sister award that rewards exceptional achievements in learning and extracurricular activity, with a $100,000 prize.

As a teacher at St Vincent’s School in Liverpool, David has been helping children with visual impairments for over a decade. After growing up in Scotland and playing ice hockey at Murrayfield, Edinburgh, David first spent two years studying Sports Development and coaching Junior Ice Hockey in Stirling. Following a BA in Secondary Physical Education at Liverpool John Moores University, and two further years teaching Physical Education across the Liverpool City Region, he decided to experience SEND teaching with a placement at St Vincent’s School. There, he found that students with a visual impairment often go on to face high levels of unemployment and have (on average) 4-6 fewer friends than their sighted peers. As a result, many are excluded from day-to-day activities – particularly sport – and are less active overall, accumulating half the recommended 60 minutes of moderate daily activity on average.

After teaching a range of subjects at St Vincent’s, including geography, art and physical education, David progressed to complete his qualification as a teacher of the visually impaired (MQTVI) at Birmingham University. He then took over as the lead for Physical Education, implementing a range of new provisions. David’s approach to teaching children with a visual impairment is highly personalised according to their level of vision. For instance, a b1 (blind student) may require specific modelling techniques and examples to understand the basic layout of a goalball court or cricket field. Currently, he is working on the development of rugby specifically for the blind, by modelling game play and creating ball prototypes using textures and electronics.

David has received a great deal of recognition for his work at St Vincent’s. In 2016 he was shortlisted for the Educate Awards Teacher of the Year & Outstanding Commitment to Sport in Secondary School. In 2019 he was an Educate Awards Winner for Innovation in Education, and in 2020 he was named Pearson’s National Teaching Awards Gold Winner for Excellence in Special Needs Education. Furthermore, many of his students have gone on to participate in further education, employment, Duke of Edinburgh Gold Awards and competition at the Paralympic Games.

After several years developing the school’s physical education curriculum, David was invited to join its Senior Leadership Team to develop project-based learning and enriched curriculum ideas – and in 2020, he was appointed Deputy Principal. If he wins the Global Teacher Prize, David will use the funds to support physical activity, horticulture and wellbeing programmes at the nearby Alder Hey Children’s Hospital. He would also seek to boost the development of inclusive ice hockey and blind hockey across the UK. Long term, he is passionate about further developing the SightBox project (https://www.stvin.com/sightbox) to improve access to adapted sport for students with a visual impairment in developing economies – as well as providing opportunities for international teacher placements, collaborations and school exchanges.

The winners of both prizes will be announced on 10 November in a virtual ceremony hosted at Unesco’s headquarters in Paris.