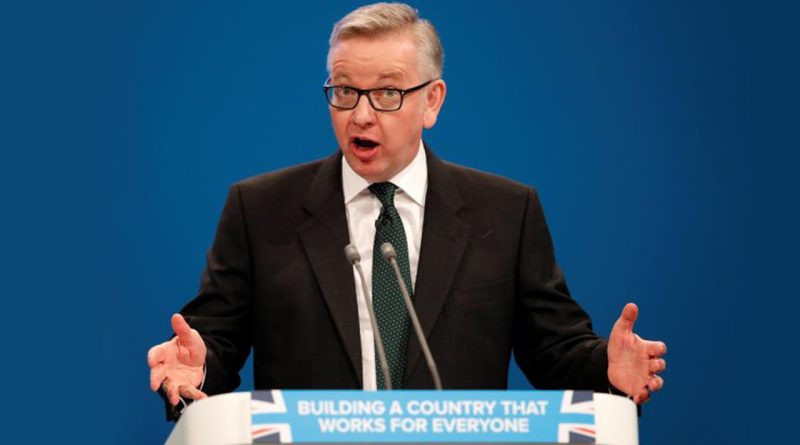 If you’re beginning to get exhausted with ‘Partygate’ and the endless parade of accusations, excuses and political warmongering that is seeing politics start to eat itself, brace yourself for a new buzzword. Already seeping its way around the corridors of Westminster and into the media, ’levelling up’ looks set to be the central pillar of the Conservative government’s desperate attempts to get the UK back on track.

The phrase is becoming ubiquitous, but the definition still needs work. A report way back last July from the House of Commons Business, Energy and Industrial Strategy Committee (Post-pandemic economic growth… Levelling up, 15th July 2021) warned: “we are disappointed at how little detail has been put forward to explain what the Government sees levelling up to mean and how it will be delivered … We are concerned that this lack of definition will result in a failure to deliver meaningful change for people across the country, and that a failure to publish Government priorities and metrics will make it impossible for us to understand what has, or has not, been delivered.”

Six months on and things on the ‘levelling up’ front only seem to have got worse. We do have a senior minister in charge, Michael Gove, who’s grand title – Secretary of State for Levelling Up, Housing and Communities and Minister for Intergovernmental Relations – means he will almost certainly have to order bigger business cards.

In typically rumbustious manner Mr Gove launched ‘levelling up’ to the wider world on Wednesday this week by presenting the long-awaited White Paper on the scheme. (At this point it’s worth noting that a Green Paper comes first, which explores options, tests public opinion and generally gets heavily revised. The White Paper is meant to be the distilled and final proposals that the government wants implemented.)

So Mr Gove’s White Paper on Levelling Up was anticipated as the reveal for the government’s mechanism to deliver on its long-given promises to remove the gaping inequalities in standards of living across the UK. We might have expected some degree of negativity and scepticism from journalists, after all it’s our job and duty to question anything that’s said in the public’s name, and especially when it’s the government saying it. But reading through the document, scrutiny was rapidly replaced by bewilderment and bemusement, and a dreadful urge to burst out in fits of giggles.

The document was riddled with unforgivable publishing errors with entire paragraphs repeated wholesale, many looking like they were lifted straight from Wikipedia.

Look up ‘Constantinople’ on Wiki and you’ll see it’s identical, right down to the formatting. Another section includes a full-page timeline of the largest cities in the world since 7,000 BC which is identical to a table on Wikipedia’s “’List of largest cities throughout history’ page.

Of course, all of this begs a bigger question – what on earth is all of this stuff doing in a government final report on social inequality in Britain? Well, it’s a kind of global history preamble to the challenges facing Britain today, and to be fair there are a few substantive ideas – or ’12 missions’  buried away in the report. Unfortunately these are in essence identical to the central pillars of Theresa May’s industrial strategy of 2014 which the government ridiculed, then scrapped.

Whilst the media enjoyed welcome light relief from the turgid and depressing headlines of the past few weeks, the failings in this White Paper reveal the extremely worrying and perilous state of British politics. The government and Mr Gove’s promise to “shift both money and power into the hands of working people” will take until 2030 to implement, but the lack of clarity and absence of metrics makes it impossible to assess the proposals. The scrambled together report makes it worryingly clear that little thought, preparation or even proof-reading has gone into the ‘levelling up’ concept, and it certainly hasn’t been peer reviewed. Labour has also claimed that the scheme includes no new cash to replace the savage cuts made by this government since it came to office more than a decade ago.

If you listen to what ministers are trying to say when asked to define ‘levelling up’, and certainly the Prime Minister’s rhetoric, we’re seeing an effort to tackle ‘place-based inequalities’. Sadly, this very outlook is a misguided monochrome notion that has defined British politics for decades, centuries even. The two assumptions are that Britain is divided into the haves and have-nots, and that there are more have-nots in the north of England than there are in the south. Quite where this erroneous concept has emerged from is uncertain, but most think it’s the result of statistical work measuring geographical wealth distribution across the UK, plus a measure of human stereotyping based on geolocation.

As anyone on the ground can tell you, nothing has ever been further from the truth – poverty, social inequality, marginalisation, and even extremes of wealth have always occurred in equal measure across most regions of the UK. You only have to look at any of our large cities or industrial areas to see that extreme wealth and extreme poverty have always sat side by side – in fact one cannot generally exist without the other.

So, the fundamental problem with the government’s ‘levelling up’ scheme is that it presumes the old myth that poverty is a geographical, rather than socio-economic, problem. Boris Johnson blustered this week that “[we can’t] make the poor parts of the country richer by making the rich parts poorer” and pledged to address the inequality between places. But it’s the inequality between people and not places that lies at the heart of the economic problem. That’s something this government won’t want to address, because its ethics are founded on aggressive and unbridled free market capitalism, which requires some people to succeed far more than others, and even some to enjoy excessive and immoral wealth. Juggle it how you will, but there is no socio-economic model that allows for extreme wealth without the contra extreme poverty.

More deeply, there is a profound need to challenge the whole concept of competitiveness and accumulation of personal material wealth that inevitably sets neighbour against neighbour, and produces a society comprised of those who ‘succeed’ and those who ‘fail’.

It’s rather ridiculous for any Conservative government to be even talking about ‘levelling up’, when that’s the last thing it wants. Unfortunately, the only current alternative is a Labour party that also doesn’t want meaningful, radical change but just the opportunity to make Tory economics work a bit more equitably. Worse, it’s a party that’s generally eroding religious freedoms and building an equally divisive and morally challenged society. What we need urgently on the British political map is a centralist party with moral values, a vision that respects the dignity of the human person and that defines itself against the metric of social improvement, rather than wealth creation.

The majority of the British public are longing for this and until we have it no party will ever get a fulsome voter turnout and a meaningful mandate to govern.