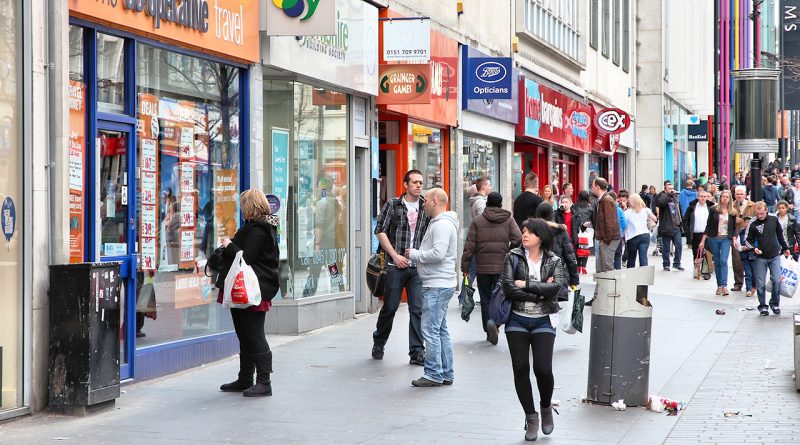 The government’s long-awaited Levelling Up White Paper represents a missed opportunity to address the ingrained social and economic disparity across the UK, says the St Vincent de Paul Society (SVP).

Secretary of State for Levelling Up, Housing and Communities, Michael Gove, announced details of the White Paper on Wednesday 2 February after months of delays.

Mr Gove previously said: “We are on a mission to regenerate the nation, transforming derelict areas in our towns and cities into thriving places people are proud to live and work in”. However, the SVP believes that high streets and deprived areas can only thrive if the people living there have access to good quality jobs, fit for purpose education and affordable housing.

The majority of levelling up funding so far has been spent on infrastructure, and while this is an important step in supporting economically deprived areas, a robust social infrastructure is a vital component in binding communities together. As an organisation which supports at grassroots level the most vulnerable and economically disadvantaged in our communities, the SVP has first-hand experience of the challenges facing those at whom the Levelling Up agenda should be squarely aimed.

Additionally, the government has maintained that its levelling up agenda is about “shifting power closer to local people,” however, limited consultation has taken place with groups supporting people in communities across the country, such as the SVP, which are best able to inform the conversation on regional inequalities.

The SVP operates nine St Vincent’s community support centres across England and Wales, each providing a tailored response to the need in their community. There are also hundreds of local groups of SVP members supporting people and families in need. Since the start of the pandemic, requests for support coming into the SVP’s national office have increased by 75% for food, 50% for clothing, and 140% for support with paying bills and money advice. This signals a worrying trend in some of the most deprived areas of the country, including Liverpool and surrounding areas, Birmingham, Essex, and parts of Yorkshire, all of which are in urgent need of Levelling Up funding.

We welcome the government’s proposal that “by 2030, pay, employment and productivity will have risen in every area of the UK, with each containing a globally competitive city, with the gap between the top performing and other areas closing.”

However, the success of this agenda will be determined by the detail, and the White Paper fails to lay out a clear plan for reaching this ambitious goal. There is little mention of quality employment or secure employment. Without these embedded in the levelling up strategy, it will be hard to reach this goal.

Mr Gove also announced that the £2.6 billion UK Shared Prosperity Fund (UKSPF) will be decentralised to local leaders as far as possible, with investments set to regenerate communities, boost skills and support local businesses. While we welcome efforts to regenerate communities, the White Paper lacks crucial details of how funding will be allocated, and how the UKSPF will contribute to strengthening the social fabric of our society, which is vital in bridging the gaps between communities and regions.

Commenting on the White Paper, National Audit Office head Gareth Davies says: “The Department for Levelling Up, Housing and Communities has not consistently evaluated its past interventions to stimulate local economies, so it doesn’t know whether billions of pounds of public spending has had the impact intended. With its focus on levelling up, it is vital that the department puts robust evaluation arrangements in place for its new schemes to promote local growth.”

SVP chief executive, Elizabeth Palmer, says: “We welcome the ambitious aims of the Levelling Up White Paper, however, change must be informed by those at grassroots level, those who are supporting people in need and those being supported. Without listening to the voices of people who are directly and indirectly affected by regional inequalities the government cannot hope to direct funding where it is most needed.

“The social and economic disparity between wealthy and poorer regions isn’t a new phenomenon, it has been a reality for millions for decades, trapping the most vulnerable and poorest in a cycle of deprivation. I hope the aims of this White Paper will be realised, only then will our poorest communities have the economic and social infrastructure to lift themselves into a position of parity with the rest of the country.”