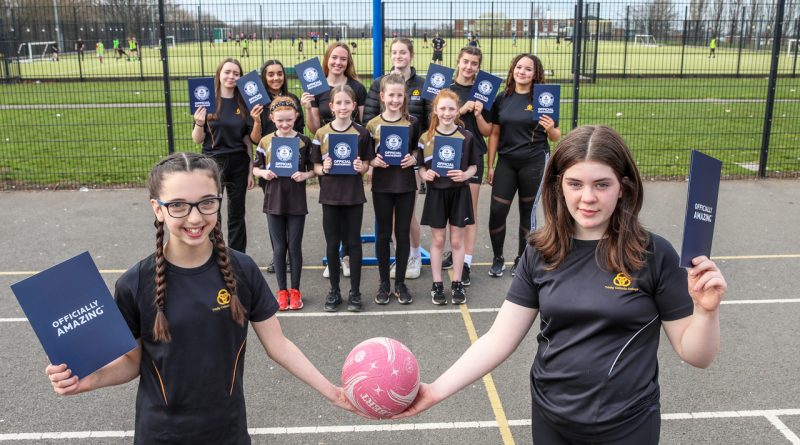 A school netball team have fired themselves to a Guinness World Record after racking up more than 1,000 goals in just an hour.

Members of Trinity Catholic College’s after-school netball club rose to the challenge of cracking the previous record for Most Goals Scored by a Netball Team in an Hour, which stood at 740.

And after they managed to score 1,100 goals in the allotted time, Guinness World Records has confirmed that their attempt meets all their requirements and has been successful.

PE teacher Carol Rodgers came up with the idea of beating the record while the girls were unable to play because of the lockdown.

“I wondered if there was a record and decided to look it up,” says Carol. “When I read that the previous record was 740 I thought, ‘We can beat that!’, so we got it set up as soon as we got back to school.”

Members play twice a week as one of the Middlesbrough school’s regular extracurricular activities and the record attempt replaced their usual training session.

Two external umpires had to come in to ensure impartiality and two official timekeepers were appointed, with two more girls to keep the scores.

Only one player was allowed in the D at a time and they had to shoot before the next person could enter. The whole team’s total was then tallied together.

“Our girls went out and well and truly smashed the record,” says Carol.

“They knew they’d done it with about ten minutes to go and after that they wanted to get the score as high as they could,” says Carol.

“They were absolutely chuffed to bits and I’m so proud of them all.”

Trinity has a proud record of sporting success and the Year 11 girls’ team are unbeaten in the area throughout their five years at school.

Their only defeats in five years were when they came second to Trafford Netball Club in a tournament at EuroDisney in Paris and a loss in a national qualifier. 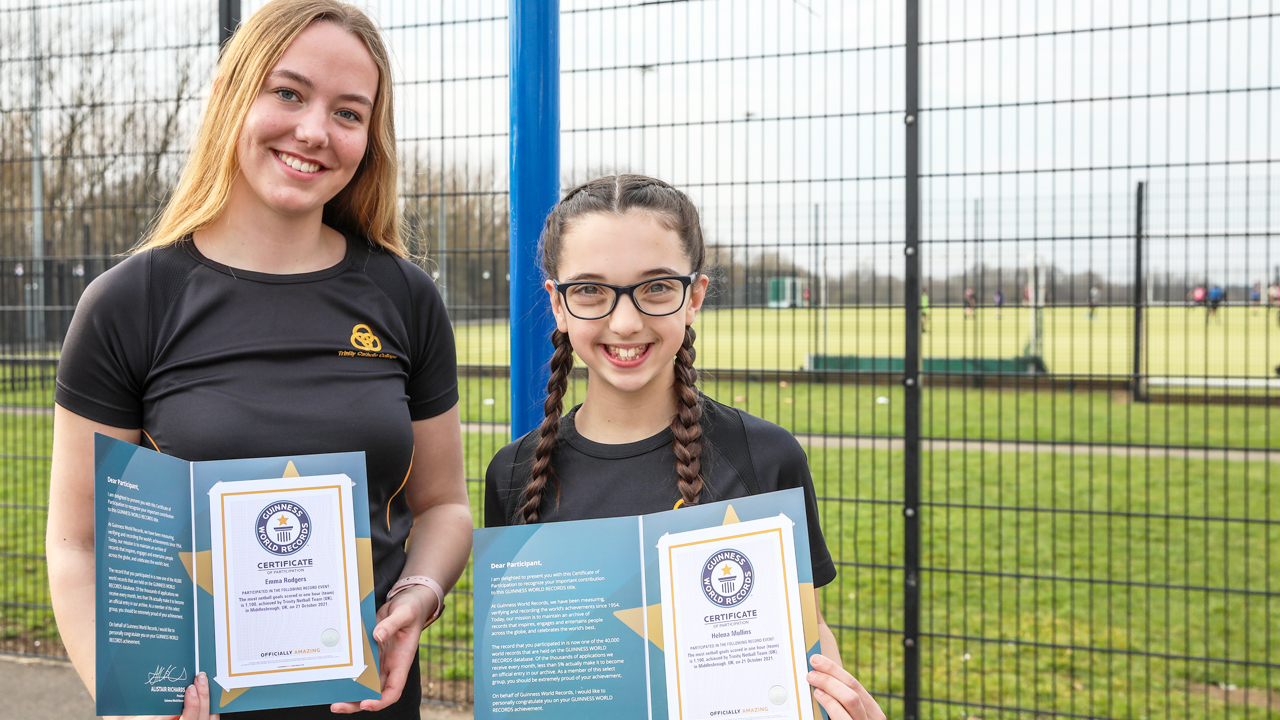