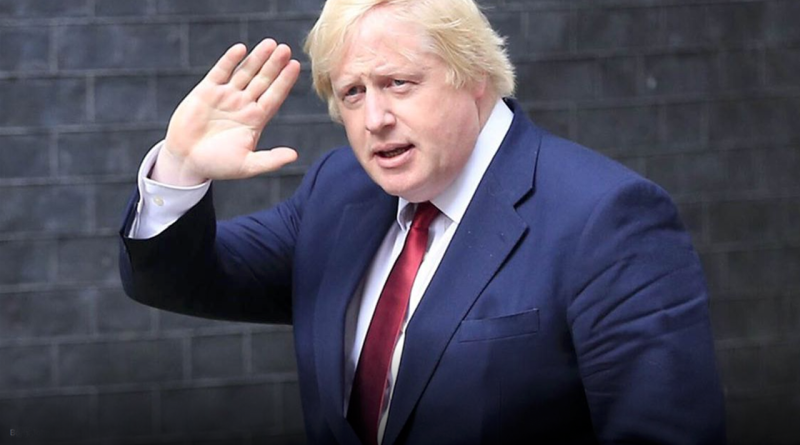 Whatever your feelings about Boris Johnson as an individual, most of us will be breathing a huge sigh of relief that he has finally seen sense and resigned. Amidst all the drama and commentaries there were a few who realised the melodrama was not just about the fate of one person or party, but the very future of democracy itself.

With Johnson’s premiership now closing, a proper autopsy can be performed on the impact that his tenure and his personal behaviour has had on the nature of UK politics, and the damage it has caused to the public perception of politics and politicians.

The first lesson that will be learnt is that never again must the country find itself in a position where it’s leader can defy every sign, convention and moral imperitive, and even manipulate legislation, to ensure that they can never be removed from power. In all truth we’ve had an extremely lucky escape this morning – HM the Queen and the members of the 1922 Committee can all have a lie in, and please God legislators can now get back to the normal processes of running the country.

Much of what we have witnessed over the past few months has been little to do with government, and everything about the Boris hardback. It’s a sad indictment of modern British society that every scandal, mishap and outright lie that in times past would have sunk a prime minister merely added to the dubious monolith that was (and still will be!) Boris Johnson. From the carefully managed buffoonery and Churchillian posturing to the outright lies, it was always uncomfortably evident that we were witnessing more of an autobiographical performance than a meaningful strategy to run the country.

When the dust settles on the soap opera of the past decade, the sad reality is that there will be few achievements to fill this latest chapter in the Johnson story. His ever-dwindling defenders pointed to his ‘world-leading’ rollout of the Covid vaccine, ‘getting Brexit done’ and mobilising the West’s support for Ukraine. None of these claims will survive scrutiny.

The UK did a grubby smash and grab on the early batches of the controversial Astra Zeneca vaccine to the expense of many other nations, and the government’s amoral behaviour and shambolic policies during lockdown hardly makes it appropriate to quote the handling of the Covid pandemic as an achievement.

Brexit had really been ‘done’ by David Cameron; the job of the Johnson administration was to sort out the mechanics of that process, and little has actually been achieved so far. Most notably the Northern Ireland situation is an unresolved mess, and there has been no replacement for the vital Dublin Agreement, the law that determined which country would process the application of a person seeking asylum under the Geneva Convention. This was a vital protection for asylum-seekers, who also found themselves at the mercy of the government’s determination to ship vulnerable people to Rwanda in a despicable people trafficking scheme. It’s that flight fiasco that everyone will remember.

With the Ukraine situation he did demonstrate some semblance of what most of us would recognise as leadership, though like everything Boris it was tainted impossibly by his ego and desire for international statesmanship. At the start of the war, Germany demonstrated an alarming lack of awareness of the gravity of the Ukraine crisis when it closed its airspace to military shipments, and French President Emmanuel Macron’s uncomfortable closeness to Vladimir Putin helped delay European responses. There’s no doubt that those early weapons shipments from the UK to Ukraine bought the Volodymyr Zelensky regime critical time while the rest of the world vacillated. Zelensky said Boris was a “great guy” and would “go down in history” for supporting Ukraine in its darkest hour, but history is more likely to record it was the lacklustre performance of other key allies that made the UK look outstanding in this particular moment of crisis.

Elsewhere both the Covid pandemic and the Ukraine war only exacerbated the fiscal problems of a Tory government that was already struggling to control the economy and formulate meaningful social and domestic policies. There’s even an argument to say that without such distractions we could still have ended up at the present crisis of leadership anyway.

Of course, governments come and go, as do prime ministers – and the short tenure of UK prime ministers makes for quite disturbing reading. Only two in living memory have managed to cling on to power for more than a decade – Tony Blair (10 years, 57 days) and Margaret Thatcher (11 years and 209 days). You then have to search right back to 1812 to find another decade+ survivor – the unheard-of Robert Jenkinson, 2nd Earl of Liverpool (14 years and 306 days).

If you also start looking at prime ministers and the share of the constituent’s votes they entered Westminster with, you have a very stark and disturbing picture of the nature of power and control in UK politics. Boris Johnson, for instance, has been claiming that he has a mandate “from 14 million voters”, but that’s the Tory party’s mandate, not Boris’s. In the 2019 General Election, the candidate for Uxbridge and South Ruislip held his seat with just 25,351 votes from 70,369 registered local electors.

If voters put an MP in place, it’s the party – not the public – that decides on who their leader, and potentially the country’s Prime Minister – is going to be. In Johnson’s case the resignation of Theresa May in July 2019 triggered a Tory leadership election in which Johnson eventually beat Jeremy Hunt to the prize – with just 66.4% of the Tory party votes.

What the Johnson saga has exposed is that under our present system an individual can enter parliament supported only by a small percentage of their local electorate and end up as the country’s Prime Minister with less than the overwhelming support of his own party, and without even having to win a General Election. More worryingly, that individual can then crash about the place behaving in whatever fashion they please, doing untold damage to the country, its global reputation, and to the domestic good. It was a game that placed our country – and democracy itself – in gave peril, and it can only be good news that the Boris debacle is over.

Or is it? Whilst Boris is resigning, the timing isn’t the best. We have a parliamentary recess next week and Boris has said he wants to say as our working Prime Minister until the Autumn, when a proper and orderly leadership election contest can take place (in which of course Mr Johnson can stand for re-election). In the meantime – even before his resignation letter had been handed out – the Prime Minister remained locked in Number 10 busily making new cabinet appointments, including new incumbents in the key posts of Welsh Secretary and Northern Ireland Secretary. In fact, before lunchtime today he’d appointed a completely new cabinet.

Not surprisingly there’s a lot of concern about Mr Johnson’s remaining on the bridge until the autumn. Dominic Cummins has warned: “Evict TODAY or he’ll cause CARNAGE” and Labour leader Kier Starmer said that the Tories: “can’t inflict him on the country for the next few months. He has inflicted lies, fraud and chaos on this country”.

When Boris Johnson finally emerged from Number 10 and gave his resignation address, he said that he was: “sad to be giving up the best job on the world.” He’s right about that, but he must also take a deal of responsibility for having diminished the post, and respect for the political establishment generally. Whether there’s sufficient will to remove him immediately with the summer recess looming is doubtful, but it does need to be done. The last thing that the British public needs right now is a rebuilding of the old guard and ruinous old approaches to politics – which even Johnson called out as “Darwinian” in his resignation address.

Despite the enormous problems our country and our wider world is facing, circumstances have presented our legislators with a unique and powerful opportunity to completely remould the political landscape into something that the British public might just re-engage with. They deserve our fullest support and encouragement to pursue this.

The ironic legacy of Mr Boris Johnson is that his catastrophic and disorderly premiership may well go down in history as having facilitated an entirely new and more meaningful era in British politics. Please God we hope so!

Joseph Kelly is a writer and publisher, and founder of www.thecatholicnetwork.co.uk

One thought on “It’s curtains for Boris, but with it there’s a real chance to put the integrity back into British politics, says Joseph Kelly”