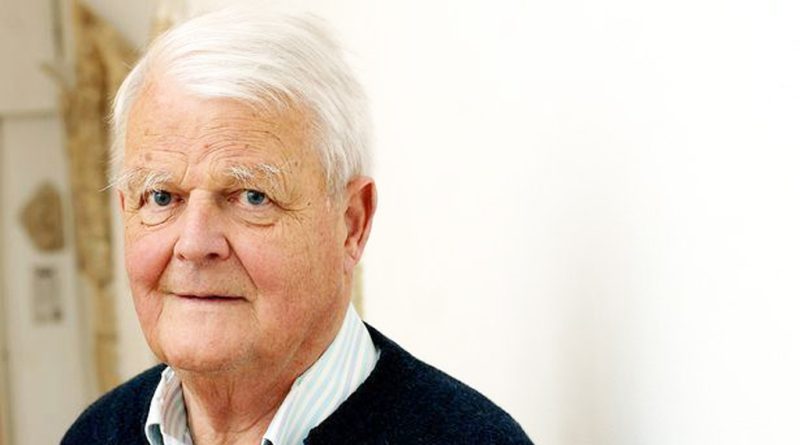 Tributes have been paid to political activist and peace campaigner Bruce Kent, who has died aged 92 after a short illness.

HE Cardinal Vincent Nichols issued a statement in which he said: “I am sorry to learn of the death of Bruce Kent. I pray that our Heavenly Father welcomes him into the peace for which he yearned.

“He served for thirty years as a priest of this Diocese, in a wide range of roles: here in Archbishop’s House, in parishes, the University Chaplaincy that he helped to establish and in many other ways. He brought his passion, determination and power of argument to this precious ministry.

“He used those same gifts tirelessly in the cause of disarmament and peace. Only two months ago, at the age of 92 years, he was on the podium in Trafalgar Square, urging that peace is the only road for humanity to take.

“His convictions and his life flowed from his faith in Jesus Christ and his love for the Catholic Church. He supported his parish priests, no matter their views. He was constant and warm in the encouragement he gave to me, personally. He will be sorely missed.

“My prayers are now with Valerie, his wife, and all who mourn him. We thank God for the indomitable spirit he gave to Bruce and commend his soul to the mercy of God that he may now rest truly in peace.”

After national service in the Royal Tank Regiment and a law degree at Brasenose College, Oxford, Bruce Kent was ordained a Catholic priest for the Diocese of Westminster. Between 1958 and 1987 he served in several London parishes, as secretary to Cardinal Heenan, and as the RC Chaplain to the University of London.

It was his Christian faith that brought him to reject nuclear weapons as fundamentally immoral because, even without their use, nuclear deterrence itself depends on a willingness to commit mass murder. As a leading spokesperson for the Campaign for Nuclear Disarmament in the 1980s, Kent became well known as a formidable opponent of Margaret Thatcher’s defence policy at a time when public opposition to the acquisition of Trident, and Cruise missiles, was escalating.

With his warmth and wit, Bruce Kent was a popular speaker with audiences of all ages from primary schools to pensioners’ groups. His commitment to innumerable peace and human rights campaigns over many decades included the Campaign Against the Arms Trade, for the reform of the United Nations, and the UN Treaty on the Prohibition of Nuclear Weapons (which came into force in 2021). He was always actively concerned about the welfare of prisoners, especially those maintaining their innocence, and prison reform.

Among his heroes was Franz Jägerstätter, the Austrian farmer who was executed in 1943 for refusing to fight in Hitler’s army. As recently as 15 May, Bruce Kent took part in the annual ceremony in Tavistock Square, London, to honour conscientious objectors throughout the world.

He was an Honorary Fellow of Brasenose College, and in the past year was awarded the Archbishop of Canterbury’s Lambeth Cross for Ecumenism.

Bruce Kent is survived by his wife, Valerie Flessati, his sister Rosemary Meakins, sister-in-law Ruth Kent, and their extensive families.

Kate Hudson, general secretary of CND, led the tributes to Mr Kent, saying he “transformed the scope and confidence of the anti-nuclear movement beyond all recognition”.

“His leadership of CND in the 1980s was the embodiment of integrity, creativity and sheer determination,” she said.

“Bruce’s razor-sharp intellect, together with his humour, tireless work, intolerance of flannel, and total commitment to his faith and principles, made him a leader of our movement beyond compare. He will be much missed.”

Former Labour leader Jeremy Corbyn tweeted: “I am devastated to learn of the passing of Bruce Kent, an incredible local activist and a dear friend.

“My thoughts are with his family and the global peace movement at this difficult time.”

Baroness Helena Kennedy QC, who knew Mr Kent since her student days, said he was “a huge influence on my life” and had an “inspirational” commitment to peace and human rights.

She said: “He wanted a more compassionate and inclusive Church and a more decent and just society.

“He lived out his faith in everything he did – for the marginalised and the poor – and he gave his all with such a great sense of fun. He was one of the finest human beings I have ever met.”

Archbishop of Liverpool Malcolm McMahon, who is the Pax Christi president for England and Wales, said: “Peacemakers across the world will be saddened to hear of the death of Bruce Kent, who made a lasting contribution to the peace movement within the Christian churches and much farther afield.

“Personally, I’ll miss him for being a wonderfully warm human being.”

Catholic writer and publisher Joseph Kelly, who knew Mr Kent for more than 40 years, said: “I first met Bruce in my teenage years during the early Greenham Common protests, and our paths crossed again when he wrote a weekly column for the national Catholic newspaper I was editing. Despite numerous other far more important demands on his time, Bruce always had time to offer advice, support and encouragement and it was my great privilege to have known him. Rest in peace old friend, your work is done, and ours is now beginning.”

One thought on “Cardinal joins tributes to ‘inspirational’ peace campaigner Bruce Kent, who has died aged 92”