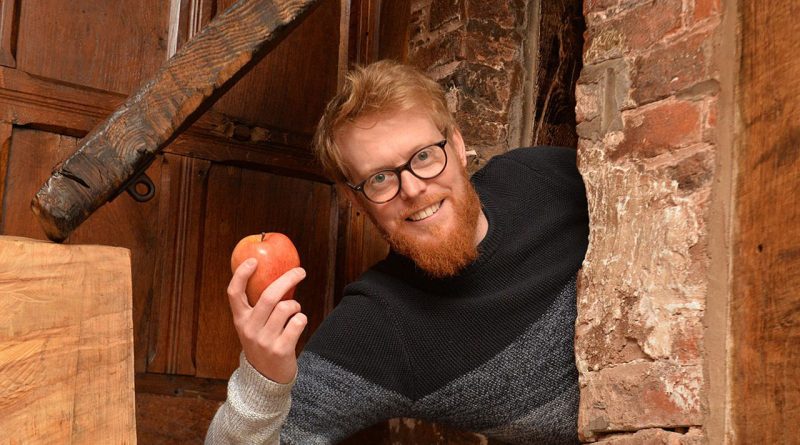 The Manager of historic Harvington Hall has pledged to spend 36 hours locked in one of the house’s famous seven priest holes to raise money for urgent repairs.

Harvington is one of the 17 sites funded by the Catholic Bishops’ Conference of England and Wales, which received £2.9million from Historic England for urgent repair programmes under the second round of funding via the Heritage Stimulus Fund.

The Hall’s two entrance bridges, which date from the 1700s, are the only way to access the hall which is on an island. The bridges are in need of repairs to ensure they can continue to be safely used, to allow visitor access and emergency vehicles.

Work on the bridges means that part of the moat has been drained, with archaeologists on hand to look for any hidden treasures from the Hall’s past.

The moat has not been drained since the 1930s, when archaeologists found spectacles, clay pipes and slipware plate fragments which have been reassembled and are now displayed in the Hall.

So, at 7am on Monday 29th November 33 year old Hall Manager Phil Downing will be locked inside one of the Hall’s seven priest hides for 36 hours to help raise the remaining funds. It’s the second time that Phil has been locked up to raise funds. His last effort lasted 24 hours but he admits to being “daunted” by the challenge.

“I am hoping to raise funds by literally replicating what the priests had to endure. The hides are quite small and cramped spaces so it will be a challenge,” said Phil.

All he plans to take with him into his confined space will be a loaf of bread, an apple, a bottle of water and a chamber pot. He will also carry a night vision camera to make a video blog of his stay.