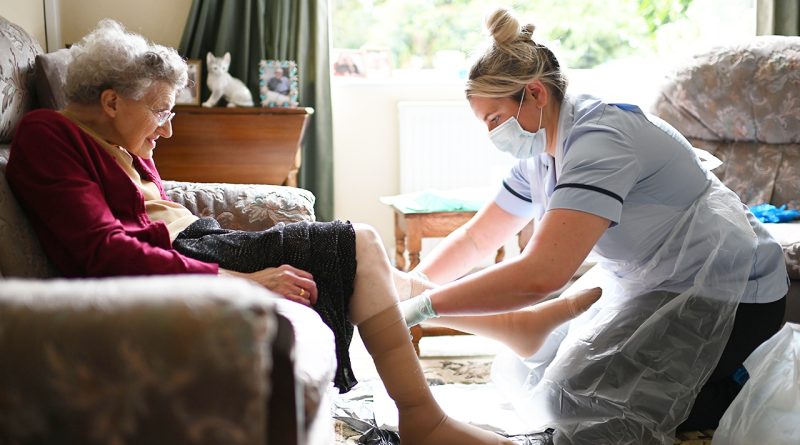 With all the fuss about the HS2 Rail project unravelling, and the row over MPs second jobs, you could forgive the government for believing that this Wednesday was probably ‘a good day to bury bad news’.

The missive came in the form of a late-night amendment to the Care Act, tabled by care minister Gillian Keegan, which states that state-funded care costs would not go towards the new £86,000 cap – announced by Boris Johnson in September – on the amount anyone in England would pay for social care.

It was probably thought this technically worded shift would slip under the radar and wouldn’t make for dramatic headlines on Thursday morning. But by the time it had been analysed, it was evident the proposal could in fact have catastrophic consequences for many older people needing social care.

That was certainly the damning view of Sir Andrew Dilnot, the economist who was the architect of the government’s much publicised plans to cap social care costs. Unfortunately for the government, Sir Andew appeared before the House of Commons treasury committee on Thursday and made it quite clear he thought the amendment will mean that pensioners “will be much less protected against catastrophic risk.”

“A very large proportion of the population needing care will find itself materially less protected by the proposals the government has announced than they would’ve been,” he said.

“Those with less valuable houses but facing significant care journeys will be much less protected against catastrophic risk and the sale of their house if this amendment were made”.

This contrasts sharply with Prime Minister Boris Johnson’s ebullient 2019 pledge that under the new government care proposals “no one would have to sell their house” to pay for social care.

But the new amendment could mean some pensioners will have to use up 80 per cent of their wealth to cover care costs before the threshold kicks in, which almost certainly means they would have to sell their house to fund their care.

Liz Kendall, Labour’s shadow social care minster said the government had “sneaked out details” adding: “It has now been revealed that the poorest pensioners will have to pay even more, something Andrew Dilnot explicitly ruled out because it was so unfair.

“That this Tory Government has failed to be straight with those who’ve given so much to our country is a total disgrace, but utterly unsurprising. Our elderly people deserve better.”

In fact the whole Care Act mechanism was already unduly complex and unworkable, but in the new amendment would mean in essence that care costs could double if you have around £90k of assets but they will make no difference at all to someone with £500k who gets almost all of their assets protected.

It will come as no surprise that this edict from Westminster favours both the wealthiest and those living down south, where property – and thus asset – values are much higher than up north.

MPs will vote on the change to the Care Act next week which will in all likelihood succeed, given its working majority of 77. Whilst this will further squeeze many vulnerable elderly people, it won’t actually make the kind of catastrophic difference that experts like Sir Andrew have warned about.

Why? Because our state care system is already in a state of utter collapse, and selling off your home has already become a sad reality for far too many of our elderly.

It’s hard to imagine how appalling this necessity is. Not only have you worked hard over long years to earn a peaceful and secure retirement, but for most people their home is the only meaningful material asset they might have to pass on to their children or grandchildren.

This isn’t just about wealth inheritance or ‘silver-spooning’ our offspring. The ability to pass on something to the next generation is a fundamental building block of a well-functioning and improving society – after all, why do we subject ourselves to years of tedious and mundane employment if not to provide something for our children that they might avoid having to replicate our struggles?

Earlier this year Pope Francis issued a stark warning that we simply aren’t caring sufficiently for the elderly.

“The pandemic [has] highlighted that our societies are not organised enough to make room for the elderly, with proper respect for their dignity and their fragility,” he said.

“When the elderly are not cared for, there is no future for the young.”

The care crisis we are now confronting has been looming for a very long time, and can hardly come as a surprise to anyone. Through the latter half of the 20th Century, the UK population has been steadily getting older and this trend will only increase in the future.

Looking ahead 25 years to 2041, the 1960s baby boomers (aged in their 60s now) will have moved into older age so by 2066 there will be a further 8.6 million projected UK residents aged 65 years and over, taking the total number in this group to 20.4 million, or 26 per cent of the total population.

Such increased longevity has implications, as those living longer aren’t necessarily healthier, and certainly not in our modern, consumerist society. A rising number of older people means a rising number of people needing medical care and attention, and our health system should have been anticipating this trend long ago.

Instead, successive governments have been preoccupied with robbing citizens to cover this eventuality, rather than addressing and preparing for the likely needs of our elderly.

Far worse, the fixation with raiding pensions, increasing taxation and now forcing the sale of hard-earned property assets is only exacerbating the problem. These latest proposals are causing untold stress and anxiety not only to the older generation, but to the siblings that will have to effectively help fund their care, either by direct cost or the dilution of their inheritance.

No-one has to be reminded that growing old and dying is a difficult and challenging process, but governments should be prioritising this area of social care, not exacerbating the human suffering of all involved.