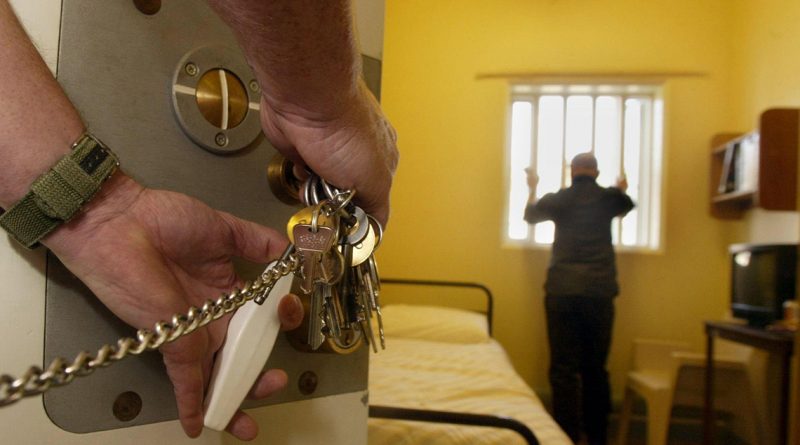 I’ve written a great deal about prisons over the years, and frankly most of it has made for fairly depressing reading. Over the past decade in particular, our prison system has been in a state of dramatic deterioration, with seemingly little political interest or will in reversing the decline.

Back in 2018 an investigation by The Observer newspaper found that a staggering 68 per cent of prisons in England and Wales provided unsatisfactory standards, with two in five jails deemed to be ‘unacceptably unsafe’. Only seven per cent of prisons – just eight – received a ’good’ rating. Over the preceding seven years the country had gone through six secretaries of state, and the general trend had been towards creating ever more offences and harsher sentences. In short the country has been locked into the notion of prison purely as ‘punishment’.

The pandemic has merely made things worse, as many prisoners became cut off from even the most basic external interactions and support networks. Prison staff too had to grapple with the almost impossible difficulties of maintaining prisoner well-being in establishments already run down and under-resourced.

Sadly, as we emerge from Covid the talk rather predictably seems to be about ‘restoring law and order’, getting ‘tough on crime’, and creating a whole new raft of prisonable offences. Just look for instance at the government response to the Insulate Britain road protestors, and the kind of law and order promises that were made just this week at the Conservative Conference by Home Secretary Priti Patel and Justice Secretary Dominic Raab.

Of particular concern were Mr Rabb’s proposals to sink £183m into an expansion of the electronic tagging scheme, and £90m into increasing community work – such as street cleaning – to be carried out by convicted criminals.

According to Mr Raab, some 25,000 criminals will be fitted with ankle tags on release from prison, 12,000 of which will have ‘sobriety tags’ fitted to monitor their alcohol consumption.

The questionable morality of this scheme hardly need explaining here. Suffice it so say that the law regards a prison sentence as over when it’s over, so tagging by any measure is clearly an unacceptable continuation of ‘punishment’ after time has been fully served, and is an intrusion on one’s earned liberty. A ‘sobriety tag’, which not only monitors your movements but also seeks to control and influence your personal habits, is an appalling development and a state interference that needs to be resisted as robustly as possible.

On the other hand you might think that investing in an expansion of community work projects for prisoners – from cleaning our streets to improving the neighbourhood – is a creditable initiative that should benefit both the prisoner and the community they have transgressed against.

It has even been suggested this week that certain low category prisoners, and those coming to the end of long sentences – might be given a ‘Release under Temporary License’ to fill the much-publicised labour shortages allegedly caused by Covid and Brexit. We’ve even had desperate food manufacturers pleading with the government this week to allow prisoners to be given day release to undertake abattoir work!

Unfortunately all this reveals a glaring lack of understanding in government and business circles about the nature and purpose of imprisonment. Far worse, it also smacks of the commodification of prisoners, who are seen not as individual human beings but merely as a pool of useful labour.

The European Court of Human Rights has repeatedly ruled that prisoners are a vulnerable group, and that the state has a duty to protect them. However in the UK in particular, the emphasis has been on removing rather than protecting prisoners’ rights. For instance the National Minimum Wage Act 1998 specifically excludes prisoners from its scope, and stories abound of prisoners being exploited for their labour. In its 2011 report Business Behind Bars – Making Real Work in Prison Work, the Howard League for Penal Reform reported that the average pay for prison work is a shamefully unbelievable £9.60 per week, with some prisoners working up to 60 hours per week.

Outside of the prison it is claimed that some private companies pay as little as £2 for prisoners’ labour. In blunt terms this kind of contract resembles slavery and servitude, and almost certainly violates human rights law. It has also been argued that such forced working arrangements give prisoners unduly low expectations of their employment opportunities and rights once they seek work beyond their sentence.

For decades now, the Catholic Church in particular has been arguing that a serious conversation needs to take place about what exactly our prisons are used for. The Catechism states that “punishment, in addition to preserving public order and the safety of persons, has a medicinal scope: as far as possible it should contribute to the correction of the offender” (No. 2266). In simple terms, punishment should have three purposes – the protection of the common good, the restoration of public order and the rehabilitation (or in theological terms, redemption) of the offender.

But hope is an absolute requirement for redemption, and a prison system that further diminishes the humanity of its inmates cannot expect to deliver reformed citizens back into society.

“You cannot talk about paying a debt to society from a jail cell without windows,” Pope Francis has said. “There is no humane punishment without a horizon. No one can change their life if they don’t see a horizon.

Sadly, for many of our prison inmates, this horizon is missing. I was reading in The Irish News this week an article by Fr Gerry McFlynn, who is based in London with the Irish Chaplaincy. I was taken aback by Fr Gerry’s assertion that he believes our prisons are ‘sacred spaces’ – but he’s absolutely right. In taking control and ownership of prisoners’ lives, “we assume the role of God”.

I doubt anyone much in government would regard our prisons as ‘sacred spaces’, any more than their primary commitment is going to be ensuring the dignity of inmates, and the creation of the kind of ‘horizon’ that Pope Francis has called for.

But presumably they are still perfectly content to play God in deciding the future of countless prisoners’ lives?

For more on Prisoners’ Sunday, including a pack you can download:

One thought on “For Prisoners’ Sunday: the Government is playing God with our prisons, by Joseph Kelly”