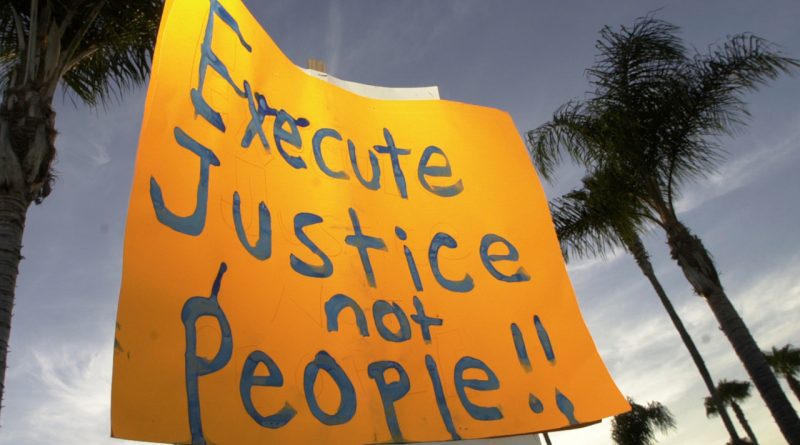 Bishop Declan Lang, Chair of the International Affairs department of the Bishops’ Conference, has commented on the release of the latest death penalty statistics.

Amnesty International has reported that 579 executions took place in 18 countries in 2021 – an increase of 20% from the 483 recorded the previous year.

Iran accounted for the biggest portion of this rise, executing at least 314 people (up from at least 246 in 2020), its highest execution total since 2017. This was due in part to a marked increase in drug-related executions—a flagrant violation of international law which prohibits use of the death penalty for crimes other than those involving intentional killing. Meanwhile, Saudi Arabia more than doubled its number of executions, a grim trend that continued in 2022 with the execution of 81 people in a single day in March.

“After the drop in their execution totals in 2020, Iran and Saudi Arabia once again ramped up their use of the death penalty last year, including by shamelessly violating prohibitions put in place under international human rights law. Their appetite for putting the executioner to work has also shown no sign of abating in the early months of 2022,” said Agnès Callamard, Amnesty International’s Secretary General.

“In Fratelli Tutti, Pope Francis affirms that ‘rejection of the death penalty shows to what extent it is possible to recognise the inalienable dignity of every human being and to accept that he or she has a place in this universe’,” said Bishop Lang.

“While the figures reflect a growing number of countries abolishing the death penalty, the rise in executions and death sentences in a minority of countries is a reminder of our continued responsibility to help end this violation of human dignity.

“We pray for all victims of violence and their families, as well as those who have been put to death over the past year and their relatives.”

Website of the Catholic Bishops’ Conference of England & Wales