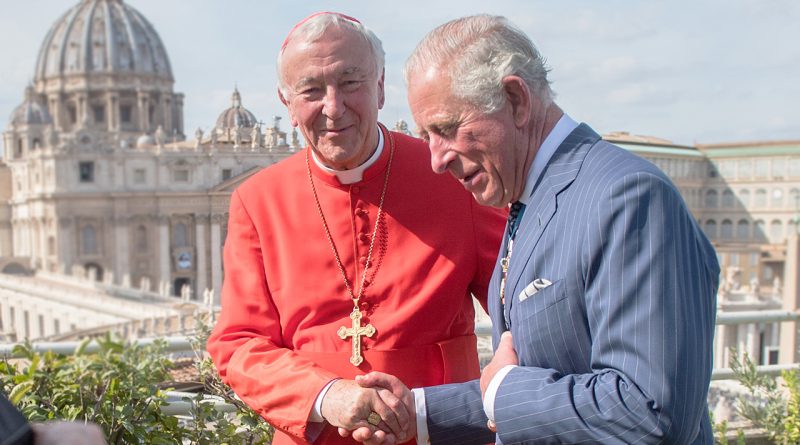 With the run up to the Queen’s Platinum Jubilee celebrations already attracting uncomfortably mixed publicity, it was a last-minute interjection that few could have anticipated. In an interview with ITV’s Tom Bradby yesterday, the Archbishop of Canterbury was drawn into commenting on the Prince Andrew affair, and his responses have bounced straight into this morning’s newspapers. The Daily Mirror summed things up in an explosive two-word headline: Forgive Andrew.

The Most Rev. Justin Welby is currently unwell with Covid and pneumonia and has already pulled out of fulfilling his key role in the jubilee celebrations, so it’s something of a mystery why he wandered his way into an ITV interview to fire off in the way he did. One senses overpowering forces at work –was it pressure from Windsor, or the Archbishop’s own concerns at a Royal determination to reinstate a much-favoured son that led to his very ill-timed remarks?

The Archbishop was woken early from his sickbed this morning to backtrack furiously, but sadly the damage has been done.

Asked on Tuesday by Mr Bradby if the public is entitled to demand Prince Andrew ceases his public duties permanently, the Archbishop had replied: “At a big public occasion the Queen is fully entitled to have one of her children supporting her. Forgiveness really does matter.

“I think we have become a very, very unforgiving society. There’s a difference between consequences and forgiveness. I think for all of us, one of the ways that we celebrate when we come together is in learning to be a more open and forgiving society.

“Now with Prince Andrew, that is a particular case, and I think we all have to step back a bit and wait to see what happens. He’s seeking to make amends and I think that’s a very good thing. But you can’t tell people how they’re to respond to this. And the issues of the past in the area of abuse are so intensely personal and private for so many people. It’s not surprising. There are very deep feelings, indeed.”

In this morning’s ‘clarification’ of the above, the Archbishop argued that he was making a broader point about Britain becoming a more forgiving society and denied that his comments related to Andrew specifically, but the press – and presumably a large percentage of the British public – are having none of it.

Let us remind ourselves that Virginia Guiffre made a claim against Prince Andrew for damages, saying she was trafficked by paedophile billionaire Jeffrey Epstein to have sex with Andrew when she was 17, a minor under US law. Andrew vehemently denied the allegations, but later agreed an out of court settlement. Whilst such a settlement is not an admission of guilt it’s also not an exoneration, and in particular the bizarre comments made by Andrew in his car-crash Emily Maitlis interview did nothing to assuage public opinion. That ill-considered exchange, plus the Queen’s contribution to the legal fees and court settlement, have plunged the monarchy into one of its worst-ever crises.

We may never know the truth of the Guiffre affair, but Andrew’s connections with her and Epstein, and the decision to opt for an out of court settlement, has left public opinion hanging mid-air. From a legal perspective it’s difficult for Andrew to express any specific empathy for Ms Guiffre given that the basis of his defence is that the event never took place, so it follows that the Archbishop of Canterbury is in very dangerous territory if he’s asking the public to “forgive” Andrew for something that allegedly never took place. Add to this a basic Christian requirement that forgives only follows contrition, and the Archbishop has driven himself into a very unfortunate cul-de-sac.

Behind the scenes it’s reported that Andrew is visiting the Queen at Windsor Castle every day in what’s been described widely as ‘a bid to make amends’ for the disgrace that’s been visited on himself and the Royal family, and equally Her Majesty seems doggedly determined that her favourite son is going to be pushed back into public life. Andrew’s unexpected appearance at her side for Prince Phillip’s funeral not only shocked many but caused deep rumblings of discontent amongst other senior royals, who quite sensibly think that Andrew should remain well out of the limelight.

How the Windsors conduct themselves is in the end a matter for them as a family, and the public can decide for itself whether or not it supports their dynasty, or indeed the general relevance or not of an hereditary monarchy in a modern democracy. But the particular issue raised by the Archbishop of Canterbury’s ill-chosen remarks illustrates the longstanding pitfalls of intertwining the Church and the monarchy.

The Queen is unquestionably a devout Christian but is also the supreme governor of the Church of England and holds considerable invisible sway over our legislature. It’s inevitable therefore that the pronouncements of the established Church are going to be drawn to support the monarchy, even when distance and indifference might be more appropriate.

This is why the Catholic Church has always maintained a healthy distance from the State, even when relations might seem particularly cordial. In 2009 the late Cardinal Cormac Murphy-O’Connor, for instance, turned down an invitation from then Prime Minister Gordon Brown to join the House of Lords precisely because he was concerned that doing so might compromise the Catholic Church’s voice on the urgent social and moral issues of the day. (The appointment would also have required a special dispensation from Pope Benedict XVI as Catholic clergy are generally prevented from holding public office).

That said, our senior Catholic figures have always enjoyed excellent and extremely candid relations with members of the British royal family, as have the leaders of many other Christian denominations, and other faiths. This informal amity ensures that dialogue thrives, whilst independence of thought is preserved on both sides – and the political pitfalls of being the ‘established’ Church are also avoided.

It might just be the case that the Archbishop of Canterbury’s unfortunate defence of Prince Andrew goes down as one of the last examples of the uncomfortable tension between the State and Church. Whilst this weekend’s Platinum Jubilee celebrates the remarkable 70 years of Elizabeth II, it also points to an inevitable and perhaps timely and welcome change in Church-State relations.

The Queen’s increasing infirmity means that Prince Charles will be assuming the reigns of rulership in the immediate years ahead, and Charles has for some time expressed a profound desire to tweak that historic ‘Defender of the Faith’ title (which ironically was originally conferred by the Pope on monarchs to mark outstanding support for the Roman Catholic Church!).

For Charles, such musings are not just putting a contemporary spin on the monarchy but a desire to create a profound change in the way that Church-State relations are conducted and reflects his determination that all religions should be defended and not just the Church of England. As it happens the Queen pre-empted all this a decade ago when in a 2012 speech at a multi-faith event at Lambeth Palace, she said that the Church of England’s purpose “is not to defend Anglicanism to the exclusion of other religions”, but rather the Church “has a duty to protect the free practice of all faiths in this country.”

Sadly, we are living in a country where aggressive secularisation is becoming rampant and all faiths are being increasingly marginalised. Just now the popularity of the Windsor monarchy may be floundering somewhat, but as people of faith it might also be our best hope for the future.

All at The Catholic Network wish HM The Queen a joyous and memorable Platinum Jubilee weekend.

Pic: Prince Charles, Prince of Wales and Cardinal Vincent Nichols enjoy a candid conversation at a reception at the Urban College in Rome on 13 October 2019,  after the Canonisation of Cardinal Henry Newman.